Thank you for the nomination! I’m very flattered and honored 🙂 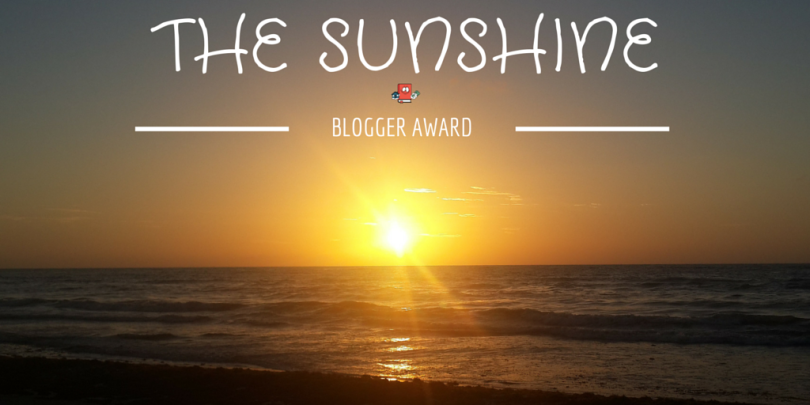 The Sunshine Blogger Award is given to those who are inspiring and spread sunshine into the lives of other bloggers and readers. It’s a great honor!

#1. What’s your favorite story of all time? Media doesn’t matter.

My favorite story is actually Beauty and the Beast, especially the more modern versions of it. You know, the ones where Beauty’s sisters aren’t turned into pillars by a sorceress after they kill Beauty in a jealous rage.

Although Disney does have a tendency to “Disney-fy” stories, I do like their telling of it. Two people who don’t really fit into society finding each other and living happily ever after is such a nice, comforting idea. Also, I think many quiet people can relate to the Beast – someone who takes some time to get to know, but is a good person once you get to know them.

Fun fact: Did you know that Belle and the Beast are the only ones who wear blue in the movie? This was a visual representation about how they didn’t fit in with the others around them, but “matched” each other. All together, now: Aww…

#2. What fictional world would you most want to live in and why?

This one is hard. On the one hand I’d love to live in the Harry Potter universe. I read the first few books when I was 12 and “grew up” with Harry and his friends (that is, the books were released as I grew up. Book 7 – when they were finally adults – was released when I was in college and “coming of age” myself), and those book characters were my friends during a time I didn’t have any, so part of me is still drawn to that world.

But I think Narnia would be a better prospect, especially if I could live there in the times between the books when there’s no major conflict going on. Like when the Pevensies were the kings and queens. I think it would be nice to live in a country where all the citizens lived together more-or-less peacefully.

#3. What’s the most beautiful song you know?

It’s one of my favorite pieces to play, too.

#4. What is the most ridiculous/obsessive thing you’ve ever done for a fandom/obsession?

…my Dragon Age fanfiction is 911 pages. Other than that, I’ve probably gotten way too invested in certain characters and had many long, late-night conversations with BadgersAndBowties about them.

Bonus: Would you rather have Wednesday off or a three day weekend/four day work week?

Right now, I’d love to have consistent three-day weekends, because then I’d be able to make plans. If you saw my answers for the One Lovely Blog Award, you know I love sailing, so three-day weekends would be great for trips 😉 They’d also be great for powering through my backlog when it was too cold for sailing!

I’m really bad at this, because my questions always wind up way too philosophical, but if you’d like to answer different questions than the ones above, here are some others!

Some other bloggers spread sunshine, too! I’m going to try very hard to resist naming everyone (insert self-control here).

There are so many more I’d love to nominate like Falcon509 from Falcon Reviews, Aether from Lost to the Aether, VeryVeryGaming, iplayedthegame, lewispackwood from A Most Agreeable Pastime, LightningEllen from Conquering the Gaming Backlog, and the Reckless Reporter from Game Cosmos Press, but I can’t possibly name everyone whose blogs brighten my day! 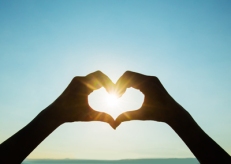 Who brings sunshine to your day? Let me know in the comments! And it doesn’t have to be a blogger 🙂