I love a good horror game, don’t you? I mean, that’s a lie; I’m not a huge fan of horror games, especially the kind with jump-scares, but horror is certainly an interesting genre to talk about. After all, being scared isn’t a state of being many people enjoy, but when it comes to books, movies, and games, we are given a safe place to examine these feelings without ever being in a real and true negative situation.

And it’s just so satisfying to call out a helpful “Don’t go in there!” when the protagonist is about to go to the basement to investigate the thing that went bump in the night, or goes outside to investigate the strange thing they saw out of the side of their eye through the window. Of course you shouldn’t go and take a shower now, you fool, are you mad?

Except, if left to our own devices,we would not be the super intelligent human beings we think we would be. If we were in a horror movie, there is actually a good chance that we’d be exactly like the hapless hero(es) and go check on the fuse-box after the power was cut, or go and investigate the strange noise without arming ourselves to the teeth, first. But why?

Well, the answer is pretty simple, actually. As the pop singer Madonna would say, “‘Cause everybody’s living in a rational world, and I’m a very rational girl.”

The Good, the Scary, and the Dumb

“Horror” is one of those big umbrella terms that everyone knows what it means but doesn’t really know what it means. And with good reason. Horror often includes elements in their stories that are intended to startle, disgust, frighten, or disturb the audience, and to induce fear. With such a broad, “catch all” definition, it’s easy to see why there are so many different versions of horror out there. For the purposes of this article, I want to delineate a few.

Psychological horror – In this type of horror, the focus is on the inner workings of the characters and the “monster” (whether it is an actual external monster or a “monster within”).In these types of movies/games/books, the people often don’t make the same “poor choices” (note the quotes) as in other horror films. Once they realize that A Scary Thing, is happening, they react to the situation in a way that is realistic and believable (read: a way that we could see ourselves reacting to the same situation). The Thing, Shutter Island, The Strangers, and Orphan are examples of this type of horror. 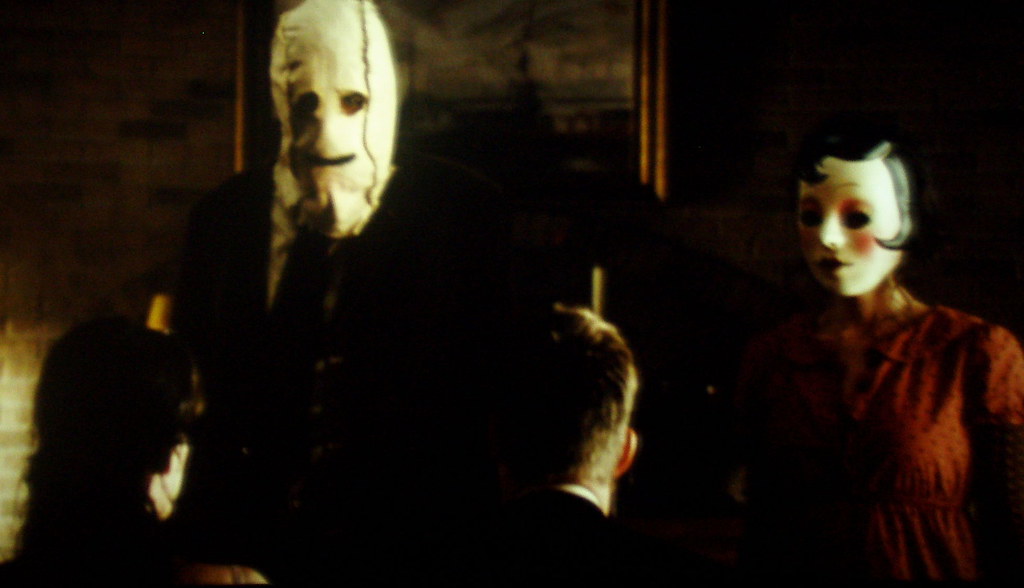 Slashers – These are the ones that folks usually think of: blood and guts and gore. Slashers are about the kills and the killer. For an example. Michael Myers from the Halloween series of films and Jason Voorhees from Friday the 13th are pretty popular characters with fans, but I don’t see many people wearing shirts with the camp counselors on them. And in I Know What You Did Last Summer, people tune in to see who the “last girl’ will be – the audience knows all the characters are going to be killed, and sign on for the entertainment of it all.

Let that sink in a bit.

At any rate, what these two genres have in common is that the supernatural (or highly unexpected) events are happening to everyday people, which is one of the most important components of horror, which we have discussed before.

Going Into the Basement

Remember my (totally accurate) Madonna lyrics above? They are actually the key to this mystery, if the lock were to be that the unexpected/supernatural events happen to everyday people.

We live in a world that is rational, at least for the most part. A majority of events happen in a way that is predictable, and they often happen the same way over and over again. We are very used to events happening within this rational framework, and enjoy the feeling of our world “making sense.” So, if something bad happens, we reasonably and understandably expect it to fall within this same framework, insofar as it exists within “normal” parameters and operates by the “normal” laws of the world.

Often, we don’t think about forcing life events to fit into a framework; they just kind of do. But one thing to remember is that we are taught – by other people, by the environment, or what-have-you – the rules that the world operates within. We have been trained to believe in a rational world. So if something happens outside of this normalcy, we will mentally bend over backwards to fit the event into a “rational” box, and try to make the event “ordinary.”

Except horror scenarios are anything but ordinary.

Think about how much fun it is to yell at a character in a horror movie “Don’t go in there!” (or similar cliche thing) when they are about to go to the basement to investigate a strange sound, or go outside alone to turn on a generator after the lights suddenly go out for no apparent reason. We often feel quite good about ourselves, don’t we, that we’d know better “in that situation”! I mean, would you really go down to the basement by yourself in the dark to check out why your lights have suddenly stopped working?

Except… we have the benefit of knowing that the characters are in a horror movie. They are acting rationally. The lights went out? It’s perfectly reasonable to take a flashlight and check out the fuse box in your own house. You hear something crash down the hall? Well, who wouldn’t go and see what had happened? These are rational responses to events that happen in our ordinary lives.

Where some breakdown in movies occurs is when characters never realize that things are a little weird, or realize that things are odd and do things that are not safe, like split up when they realize they are being stalked. What results in the deaths of these characters is, really, their failure to believe that what is going on is anything but rational. They have denied anything extraordinary is happening, and rationalized everything away, dismissing information instead of preparing. That’s what gets the characters into trouble – not realizing the danger soon enough and, therefore, not responding until it is far too late.

But what happens in a good horror movie, like the kind we believe we’d be in? You know, when the main character realizes there is something weird going on and doesn’t do silly things like split up or take a shower alone in a cabin?

They’ll first try to rationalize. If they manage to survive this stage (literally), they may eventually alter their behavior in an attempt to respond to this new situation. But before this occurs, the character usually goes through a stage in which they see the rationality of their lives being stripped away. And then a remarkable thing happens.

Instead of believing that the world is going mad, the character may believe that they are going mad, instead, and the rest of the world – which is not experiencing the extraordinary events – reinforces this feeling of impending insanity by continuing to live within the rational rules of the ordinary world.

At some point, the person believes this, because it is more rational to think that you are going mad, rather than the world is going mad. At this point, panic begins to seep in, because the rational rules of the world aren’t at play anymore, and the person begins to be isolated and feel disempowered, because what is happening is so outside of the expected reality that their brains quite legitimately cannot process the information efficiently enough to form an answer to the problem. It becomes so bogged down with processing “What is this?” and “How does this fit into my reality?” that it takes a while to understand the event to the point where a coherent response can be formulated. And often, the easiest answer – and the quickest one – can be the most terrible:

The world can’t be going insane, so I must be.*

And that is where true horror begins.

Because how do you survive until morning when your own brain can’t help you get there?

What do you think? Is our adherence to reality our downfall, or are you still convinced you’d survive in a real-life horror situation? Let me know your secret strategies in the comments!