AmbiGaming continues its “30 day” video game challenge! Missed a couple days? You can catch up here.

As we all know, there are so many wonderful games available nowadays, built on the shoulders of the giants who came before. So, today’s question is:

Day 10: What game has the best gameplay?

Gosh, based on what? Story? Mechanics? Controls?

Of course I think the stories from Dragon Age are detailed and epic, with some impressive nods to real life politics and religions, even pagan ones. But… here are a few “bests,” in an attempt to spread the love. Please note that these are games that I’ve either played or seen a Let’s Play for, so games like Uncharted 4 and other very recent games are not in the running.

Gone Home did a fantastic job leading the player through a story without obviously taking the player’s hand and leading them, even though the player was free to explore the house in which the game takes place.

The Unfinished Swan is a fantastically simple game of a boy entering a magical word after his mother dies, wielding nothing but a magic paintbrush that lobs black paint onto a white canvas in order to expose the environment and the story. It’s an interesting and beautiful journey as Monroe, the young boy, deals with the death of his mother and navigates his way through this painting in order to discover his path home – wherever that may be.

A Firelit Room is also an interesting text-based game. It’s a slowly unfolding game that meticulously sets up a unique experience during which, once you realize what’s going on, your entire perspective on the story drastically changes and you realize that you may not be the character you thought you were.

Shadow of Mordor. I’ve been spoiled to the nth degree by the responsiveness of these controls.

I’ve talked about Remember Me, which presented a temporally-based combat system and the fantastically unique memory rewriting mechanic, but unfortunately had some flaws that overshadowed its interesting story.

I’d also put Life is Strange into this category, as well, for similar reasons: you can rewind time and experience alternate realities, and experience the butterfly effect first-hand. And of course the final choice was difficult to say the least, if not completely unexpected. 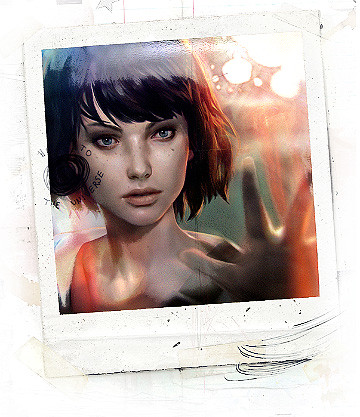 And Dragon Age: Inquisition presented players with the War Table, a fascinating mechanic that enabled you to send out your Inquisition peeps to do your bidding either through force, connections, or espionage. While I usually would prefer “doing” in a video game instead of “seeing,” the War Table added an interesting flavor to politicking within the game. It went something like this: There you go! A few “best gameplays” out there 🙂

What game do you think has the best gameplay? Let me know in the comments!