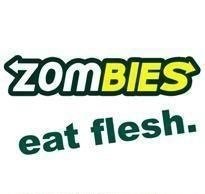 Should you ever feel guilty about killing a zombie?

We’re very close to celebrating our Independence Day here in the good ol’ US of A, but unfortunately it seems like we’re less “U” than we have been in a while.

A few years ago, The New York Times asked a series of questions for high schoolers to answer, one of which was whether or not a person should feel bad about killing zombies in a video game. That question, along with responses, can be found here.

For those of you who are wondering, the answers amounted to “no, because I know it’s just a game so it’s no big deal to mow down the mindless creatures that are trying to kill me.”

Interestingly, I think the respondents didn’t read the entire article that the Times wrote, and simply jumped to answering the question. If they had read, the might have noticed a fairly lengthy quote by Chris Suellentrop, video game critic and writer for the Times, that compared the dehumanization of “creatures” like zombies and Nazis to what amount to targets. No big deal, right?

Did you know there is a game called Tea Party Zombies Must Die?

And there is a game that depicts conservatives (Tea Party or otherwise) as the “zombies” that need to be shot and killed.

First of all, for those of you who ever wondered, my political beliefs are more moderate, with liberal social leanings. I’m not a particular fan of what the Alt-Right is up to. And this game, presumably targeted for folks who are not conservative (read: this includes me), is nothing more than propaganda. Not even worth checking out, regardless of what side of the political spectrum you’re on.

But back to zombies.

In one game, all of a sudden real-life people have been reduced to zombies: soulless creatures that have no bearing, deserve no respect or second glance, and are only good for something once they’re dead (progressing through the game).

But how easy is it to do that in real life, too? Very easy. It’s almost second-nature to some to demonize people who are different, who look or think differently. It’s easy to think that by shouting someone down, you’re actually doing them a favor because you’re right and they are sadly mistaken. It’s easy to reduce a a person to a zombie.

It’s dangerous to reduce a person to a zombie. It’s dangerous because zombies don’t deserve a second glance. Zombies are unnatural creatures who are only okay once they are dead. It’s okay to kill them because they are bad things that hurt you and deserve to be killed, because you deserve to have your way of life preserved. You are only safe once you and people like you are the only ones still standing.

Is it okay to shoot zombies?