Theology and religion, as any Dragon Age player knows, play a large part in the Dragon Age series. Between the Andrastian religion, the Dalish pantheon, the Tevinter dragons, and the various cults that pop up here and there, Thedas is rife with gods, spirits, and holy relics. But where did these unseen beings come from?

From our world, of course. That’s why I’m here today.

Today we’re going to tackle the Andrastian religion, centered around the all-powerful Maker and his mortal bride, Andraste. Please note the Chant of Light and the general teachings of the Chantry are not going to be discussed here, unless you guys really want me to delve into those topics, in which case I will in a future post. Let me know in the comments. Here we go!

While the Chantry, the main religious organization on the continent of Thedas, is a thinly veiled reference to the Catholic Church and professes many similar teachings as Catholicism with a little bit of fundamental Christianity thrown in for good measure, the two primary figures of this religion appear to pull from many different religions, as well as secular figures.

Let’s start with the Maker, sometimes called “The Maker of the World” and “The Wellspring of All.”

He is the only deity of the Andrastian religion, the creator father-figure that humans (and some elves) worship. The Maker’s attributes generally stay within the Abrahamic religions, as his titles illustrate. The Judeo-Christian (yes, I am differentiating between Abrahamic and Judeo-Christian on purpose) god is also referred to as the Creator of the Universe, the one who made the world and everything in it. The Maker first created the Fade and the spirits, much like the Judeo-Christian god created the heavens and the angels. But, both of these gods were dissatisfied with their spirit creations and strove to create beings with the creative power of the divine Maker, or “…in His own image…” (Genesis 1:27).

So while the Maker’s history is that of the Judeo-Christian god, the Maker actually encompasses details of all the Abrahamic religions. As such, the Maker shares many attributes with Islam’s Allah.

A brief disclaimer: while I will refer to the Islamic interpretation of the Abrahamic god as “Allah” and the Judeo-Christian interpretation as “God” for clarity purposes, please note that the Hebrew, Christian, and Islamic god is one and the same from a theological perspective, even though each religion uses its own terminology/name.

Getting back to the Andrastian faith, the Chant of Light states that:

“There was no word/For heaven or for earth, for sea or sky./All that existed was silence./Then the Voice of the Maker rang out/The first Word/And His Word became all that might be.” (Threnodies 5:1-8)

The important part of this is the fifth and sixth lines, “the first Word/And His Word became all that might be.” In Genesis (if you’re following along with your Bible) or Bereishis (in the Torah), God goes through a very lengthy creation that takes six days, after which an entire day is used for rest and recovery. In the Qur’an, however, the creation is much simpler. When Allah decreed to create the world, he stated: “…’Be,” and it is.” (Qur’an 2:117)

And so it seems that the Maker has a similar creation style as Allah. Interestingly, unlike the Catholic Church (and other Christian faiths), the Chantry does not teach the existence of a trinity (Father, Son, and Holy Spirit). This is also in alignment with Islam, which (if I recall correctly) views the trinity as polytheism, and so does not accept that particular idea, just as the Chantry asserts there is only one god in existence.

So the Maker pulls a great deal from the Abrahamic religions, seamlessly encompassing attributes from all three religions. But what of Andraste, the Maker’s Holy Bride?

Most would immediately point to the similarities between Andraste and Jesus as theological figures. Both were prophets whose teachings resulted in the formation of a new, mainstream religion. Both claimed a special relationship with their respective gods. Both exalted the poor. Both were martyred because of their actions while doing their god’s work (i.e., rabble-rousing).

But Andraste also gleans characteristics from the French heroine Joan of Arc, even moreso than these surface similarities to Jesus of Nazareth. For instance, like Joan of Arc, Andraste is burned at the stake after becoming a powerful (female) military leader in a world still predominantly run by men. They both bucked the status quo after their respective holy figures spoke to them, and they both brought about extreme political change (by either resulting in the creation of the Chantry or by establishing Charles VII of France as king, instead of Henry V of England, following the death of Charles VI).

Both of these powerful women successfully commanded large armies, and devoutly followed their god, whom they both claimed spoke to them. They were martyred for their beliefs, both burned at the stake. Unlike Joan, Andraste was granted a quick death by a penitent man who had betrayed her, dying by the sword before the flames could consume her. And, like Joan but unlike Jesus, Andraste does not return from the dead. She goes to the Maker’s side and stays there.

Nemesis was originally known for the dispensing of fortunes and as being the bringer of justice, much like the Chantry’s Andraste fought for freedom from Tevinter. Nemesis also is associated with fire, and was often depicted as holding an ax or whip. Andraste, likewise, is often depicted as holding a bowl of flames, and some images show her with a sword. Later on, Nemesis became associated with vengeance or the anger of the gods, much like Andraste claimed her war against Tevinter was sanctioned by the Maker, going so far as to call it an Exalted March. 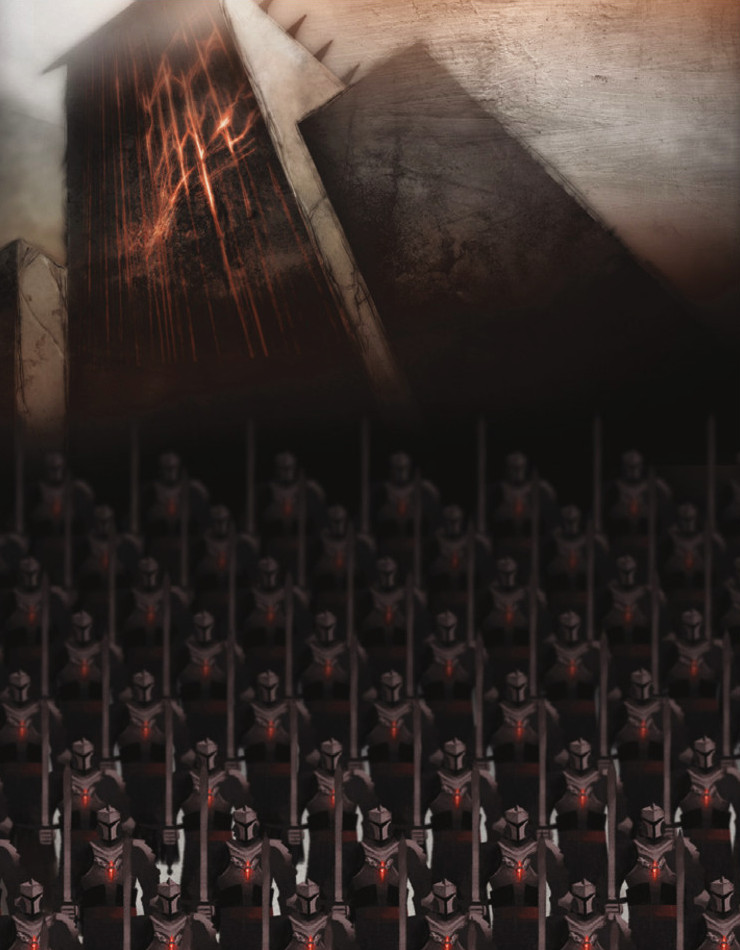 Adrastea, meanwhile, not only lends her name, but also her sense of fairness. The Roman Adrastea was the goddess of fortune, and the Romans believed that fortune was even-handed. In fact, her festival, held in June, even allowed slaves to participate in the festivities as equals, much like Andraste believed that the slaves should be free to live as equals to the magisters in Tevinter. In her eyes, the Maker loved all His creations equally.

I hope you enjoyed this brief foray into Thedosian theology and how it relates to our own world’s religions. While the game draws clear lines between the faiths within the game, the inspirations are a melting pot of people and beliefs.The pieces fit together, and work together, so well in the virtual world, creating a rich and diverse universe for us to experience and explore. And art imitates life, they say…

Did I miss anything? Is there more you’d like to discuss about theology, the Maker, or Andraste? Let me know in the comments!

For fairness’ sake, I plan on tackling the Dalish elf pantheon next week, so stay tuned!

Until then, thanks for stopping by, and I’ll see you soon.