Instead of sparking a conversation about whether or not there is a difference between a mechanic and a theme, and whether themes are mistaken for mechanics when trying to develop or market a game, folks started talking about all the complex social issues surrounding gender and games. We talked about how the important women in our lives played “male” games and liked them just fine, and about how marketing is usually aimed at one group or another. We talked about the gaming industry as a whole being inclined toward males. And a few – just a few – touched on harassment in the community.

In response, I dug a little deeper and decided to approach this topic from a different angle. So I started doing some more research and…

Holy Maker, there are a lot of things to consider when talking about gender, sexuality, representation, and video games.

“Representation” is a word that gets used a lot to mean “diversity,” in regards to gender, skin color, sexual orientation, and other easily-recognizable attributes of different groups of people. But is it enough to stick a “minority” into a game and claim representation? While, yes, that minority now has technically been included in the mainstream game, that’s not usually considered enough.

People then ask for “realistic portrayals” and “less stereotyping.” If you followed all the GamerGate drama (a topic for another post so please hold your fire in the comments), you’ll know that just sticking a woman – for instance – into a game isn’t enough. It’s how she is being portrayed that is the issue. And so it is with any group of people, majority or minority.

But what does that really mean? Well, quite a lot. So much, in fact, that we have another two-part topic on our hands. Today we’ll be playing it nice and safe and talking about the importance of identification in video games, and next time we’ll talk about whether identification is important, what it means for “representation” in games, and some societal implications of what we’ve learned.

Please note: I will be discussing this issue using generalizations, as any research you look up in this area deals with “averages.” There will always be individuals who fall outside the average, but that does not mean that these experiences are not true for other/the majority of people.

Identification can have a few different meanings when applied to a person or a social group. It can refer to either accepting the rules/norms of a social group as one’s own beliefs, or it can mean regarding the characteristics of another person as yours. In other words, you “see yourself” in another person. 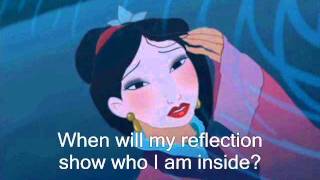 After reading through the discussions from my “Playing Like a Girl” article, I began to really wonder why women – myself included – never really raised the issue of wanting more female protagonists, but then when given the option to play as a female character, they took it. I also wondered why some men choose to play as female characters, and some have claimed (anecdotally) that they connect with their female PCs moreso than their male ones.

When talking specifically about fictional characters, another little detail is added that can make a world of difference. A person looks at a character and either identifies with them or identifies as them.

That is the distinction that this article will seek to clarify. We will also explore when and whether “identifying as” and “identifying with” characters are important for an audience to experience.

When people identify “as” something, usually we mean specific demographic information, such as gender, heritage, height, right- or left-handedness, the color of our skin or hair, whether we wear glasses, our job, our social class, our sexual orientation, and other details like these. These attributes are usually superficial and don’t represent who we are, but rather what we are. I may identify as a woman who wears glasses, but that doesn’t mean that I “see myself” in any character who is a woman who wears glasses.

For instance, Bayonetta is a woman and wears glasses, yet when I look at Bayonetta I do not see someone “like” me. We share some surface characteristics, but that’s not enough for me to think she is a representation of me or of women who wear glasses.

This is the trap that some purveyors of games fall into: they believe that putting someone with surface characteristics of a particular group into a game is enough to answer any questions about “representation” in games. Granted, this is a first step. But to stop at that point is not only selling your characters short, but can also cause some unintended harm to the “underrepresented” group (which we’ll talk about more in depth in the upcoming post on representation).

Some of you may have come across an instance of hearing someone – usually in a minority group – complain that their representation in a game or other media product isn’t “realistic.” Barring the blatant and inappropriate use of stereotypes to “represent” a group, what these comments usually mean is that they can’t identify with the character in the group.

The character maybe has a strong work ethic, or a devotion to family. Perhaps they share a personality characteristic or flaw, or believe in similar values. They can even embody a characteristic that we wish we had, or are striving to develop in ourselves. Whatever the similarity, we can appreciate the trait because it is personal and meaningful to us.

This identification with a character transcends gender, physical appearance, and other “demographic” information. I’m not a straight male (surprise!), but I’ve really never had a problem identifying with the male characters in the games I play, because I can appreciate traits like “giving of yourself to help others” (inFamous), “fighting for your family’s sake” (Shadow of Mordor), or “continuing doing your job even when it’s not quite what you expected” (Metal Gear Solid: All of Them).

Identifying with a character can happen for a moment, or for the duration you are involved with the character. For instance, maybe you don’t identify as a gay man, but when Dorian from Dragon Age: Inquisition says his father wanted to use blood magic to “change” him… Well, there might be someone out there who has felt that they disappointed their parents simply because of the way they live their lives. Perhaps for that moment (or the whole game) that person identified with Dorian’s crushing disappointment in and negative relationship with his father.

His personality, his values, and his actions are not representative of you or the straight, white, English males you know. Thus, you can’t identify with him, even though you might identify as straight, white, male, English, or a combination of those four.

But Athena, I hear you typing. I’ve played (fill in name of game) and not cared about representation. I just enjoy the game for what it offers. I enjoy playing games and escaping from reality. If being represented in a game is so important to you, you’re not playing games right.

You’re right. Some people don’t look for representation in games. It doesn’t matter to some folks, regardless of their gender, orientation, heritage, age, or hair color. Games are experiences that we each have independently of other people (usually), and so if the game is providing us what we want, that’s all that matters, right? Well… not exactly.

So… Does It Matter?

This article has talked quite a bit about the micro-level of this issue. We learned about identifying as versus with. And perhaps to a certain group of individuals, identification doesn’t matter.

So the short answer to the “does it matter?” question is yes. Identifying with and as characters in media is important. When analyzing media, a macro-level approach is key to not only understanding media themes, but finding and addressing societal flaws brought to light by the analysis of the “bigger picture.” And that’s where the discussion gets interesting.

Join us for part two to discuss the importance of representation in video games!

Have you ever identified WITH a character? How about AS a character? Has it changed how you viewed the game? Do you think identifying with media characters matters? Let me know in the comments!

Is your subscription to our blog not enough? Do you want more AmbiGaming? Of course you do! So you should definitely check us out on Twitter @TheAmbiGamer or subscribe to follow our Let’s Play adventures on YouTube!