Welcome back to our mini-series on gamification and how it can enhance task and job performance, when used effectively. Last time, we defined gamification, and discussed what differentiates it from “gaming” and “playing.” Additionally, we briefly talked about what is so motivating about gamification, and some specific motivating elements that must be present for it to work. If you haven’t read that article, I do suggest checking it out because the following information will build on that.

Without further ado, though, let’s get into how to utilize game design (gamification) in a meaningful and non-intrusive way.

In a perfect scenario, the event or task must have some sort of intrinsic value within it already, otherwise the gamified enforcer/reward is the only thing keeping the person doing it. To put that another way, that would be showing up to work only because it pays you, and not because you like/believe in what you’re doing.

At any rate, gamification should start the ball rolling for developing long-term behaviors/effects that continue without gamification. Yes, when it comes to gamification, we’re talking about modifying behaviors and creating new habits.* Except the joy of this is that it won’t a painful change, since you’ll be motivated and – dare I say it – having fun while you do it!

For instance, picking up laundry is more fun when you get 200 XP for it, bringing you closer to your 1000 XP goal, after which you level up and earn fill-in-the-blank reward. But, picking up laundry can also be intrinsically rewarding, once you get going: the room looks nicer, guests don’t awkwardly step around your clothes, your shirts aren’t rumpled when you go out, etc. Gamification, though, has pushed you to perform the task and thus uncover those intrinsic (internal) rewards, and enhance them with extrinsic (external) ones.

If a task is completely meaningless, however (“let’s gamify watching paint dry”), no amount of gamification will make that task intrinsically rewarding.

The take-away message here is that gamification isn’t a crutch. It’s a means of adding to or enhancing the rewards that already exist for performing a task.

One of the pitfalls that you might have already thought about is that gamification might have a negative impact on self-determination. As some of you mentioned last time, people might begin to rely too much on the gamified elements of the task, and so lose their ability to be motivated intrinsically (internally) without the promise of an extrinsic reward. After all, it’s impossible to gamify everything a person does in his/her life, and life does not naturally reward people in the same way games do.

But, like I’ve alluded to, gamification should be an enhancement, not a replacement. Not only does this mean that gamification cannot and should not be used as an end in and of itself, but also that not every task should be gamified. Let me say it again: gamification is an enhancement. Think of it like using spices when cooking: “a little” is good, but that doesn’t mean that “excessive amounts” is going to be better. If done correctly, in most situations gamification will not result in a loss of intrinsic motivation, and will simply make the task a little more interesting/bearable/fun.*

When gamifying a task, it’s of paramount importance to check how much external control the gamified elements have on a person. The less external control/motivation available during a task, the more self-motivation must occur in order to complete the task. Finding the line between motivation and hand-holding is key when adding game elements to a task in order to optimize effectiveness but not cripple a person’s self-motivation for the task in the long-run.

But there’s a catch. Too often, businesses see that a certain technique worked, and so will strive to copy it without thinking about what made it successful. This happens in games (think of FarmVille knockoffs, or Yooka-Laylee versus Banjo-Kazooie), and it happens in gamification, too.

Meaningful rewards and incentives can’t simply be replaced with meaningless achievements or badges and expected to be just as motivating and rewarding. Knowing why a certain aspect is motivating is just as important as knowing what is motivating, which we’ll be talking about it a little bit.

Some people believe that if tasks are gamified in a work environment, then gamification will put the needs of the person over the needs of the organization. This is possible. However, when the goal itself is community-minded (i.e., completing a task that is beneficial to other people), I don’t think that it would be harmful to motivate the individual in a way that is meaningful to him or her.

I have heard arguments against gamification that start with some sort of variation of “Back in my day…” or somehow blame Milennials for their poor work ethic in the same breath (sigh) but, again, optimizing a person’s reward system, fostering new and healthy habits, and motivating them to do a task is nothing to sneeze at, as the saying goes.

Additionally, gamification in a work environment can even result in foster deeper connections between participants, to non-game activities (which is the point!), and to the participating organization (i.e., the job), because:

So, with all of this knowledge in hand, how can someone start gamifying a task?

Gamification is theoretically simple in the same way writing a novel is simple: you have an idea, you plan it out, and you create it. That is to say, it’s simple in theory, but the balance of task, motivator (gamified element), and a person’s individual needs is a delicate one that needs to be carefully considered when deciding which game elements to use for a task.

A good place to start would be answering two questions, “how?” and “what?”

The “What?” questions need to be answered before beginning to assign game elements to a task, and may include:

The “How?” questions come up once the “Why?” questions have been answered, and during the actual design of the newly-gamified task:

If you’re thinking of gamifying a task, remember what we talked about last time about “working for free” and why games are so motivating. Ownership and autonomy are intrinsically rewarding and motivating, so gamification may enhance this (we’ll talk about this more next time). If a person agrees to the task, they will be naturally more motivated to complete it.*

In addition, other game elements that can be utilized during gamification include, but are not limited to:

Of course, this list is far from exhaustive, but it should give a good starting point for the gamification process.

Examples of Gamification in Action

Before we go, I wanted to point out a few examples of gamification in progress.

Did you know there is a piano stairwell in Sweden?

This is probably one of my favorites. Basically, Volkswagen (I don’t know why) hypothesized that making mundane things fun would motivate people to do them,and so they installed a working keyboard into the steps of a subway station. Amazingly, people began preferring to take the stairs over the escalator.

While my music therapist heart explodes with happiness at how music is being used to motivate and reward people, this is also an excellent gamification method. People agree to the rules (take the stairs and not the escalator), and to complete the “task” (climb the stairs). They agree to the reward system (the sound of the keys).

But Athena, I hear you type. They just did it.

Yes. That’s why it’s such a powerful example of gamification. The people who took the stairs made all of those calculations swiftly and subconsciously, and decided that the “fun” (the piano sounds) was work the “effort” (going up the stairs, hopping around the keys, etc.). That’s gamification. It’s why video games pull us in, and why gamification works. When done well, gamification can motivate us to make mental calculations subconsciously and almost instantly about whether to proceed with a task or not.

Tasks can also be gamified through augmented reality games, which can key into a person’s interests, and have the added benefit of being social, providing intrinsic and extrinsic rewards. 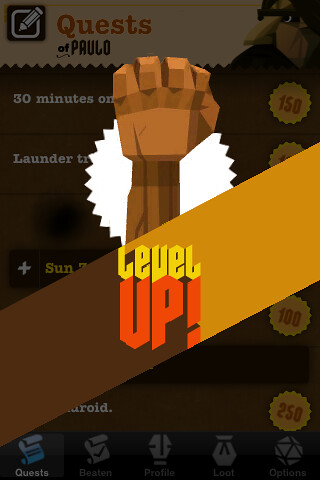 Recyclebank even gamifies the act of recycling – a great example of rewarding an individual, but benefitting many different people. Even using biofeedback (using machines to become aware of and gain conscious control over otherwise involuntary processes like breathing or stress levels) is a form of gamification.

So the possibilities for gamifying tasks are endless. This concludes the two-part gamification aspect of this miniseries. In a few weeks I’ll be back with more on how games and gamification might be used to enhance education practices. In the meantime, happy October and enjoy the Halloween posts!

Do you use gamification in your personal or work life? What other game elements do you think are motivating for otherwise non-game tasks? If you were going to gamify one task in your life, what might it be? Let me know in the comments!

This slideshow could not be started. Try refreshing the page or viewing it in another browser.