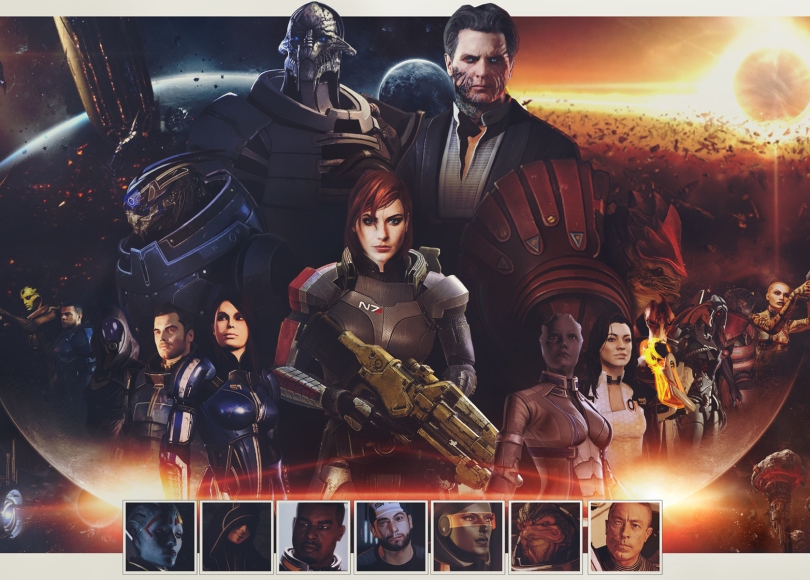 Mass Effect Month, Day 11: Which species is your favorite?

My knee-jerk reaction is to say “drell” because, I’m not sure if you know this, but I love Thane. Like, a lot. An embarrassing amount, actually. Good heavens, I blather on about him in three different posts?? Sigh.

But I digress. If we’re talking about the original trilogy, my favorite species is actually the quarians. I always get the feeling that the rest of the galaxy hates them because they’re so technologically advanced. Sure, there was that whole little mess with the AI, but the fact that they can pull a whole civilization together using discarded spaceships is pretty impressive. Add to that the fact that they are all pretty down to earth (down to Rannoch?) about their situation, and are some of the nicest folks you can meet, even when faced with bigotry, that just makes me like them.

And besides, anyone who can stand behind a name like “vas Qwib Qwib” is okay in my book.

In Andromeda, my favorite species is probably the angara, and not just because the kett are the “bad guys.” I’m just not sure what actually is a “kett,” since they “exalt” so many species. I mean, that’s pretty cool to be a hybrid of the best traits of numerous organisms, but does that mean you have your own identity, or are you defined by the organisms you have assimilated into yourself?

Actually, I changed my mind. I really like the angara because I appreciate a species that doesn’t see feelings as a weakness and judges its people based on their actions (and is subsequently matriarchal, but that’s an entirely different conversation), but the kett are really, really fascinating. Who are they? What makes them kett?

I think I just gave my Mass Effect Month an existential crisis.

What about you? Do you have a favorite species? Any hanar lovers among all you wonderful readers? Let me know in the comments!