Mass Effect Month, Day 15: What is your favorite side mission?

What’s an RPG without plenty of side missions to distract you from the main quest-line? Pretty short, probably.

That’s not the case with the Mass Effect games, though. Across three games, Shepard is able to follow the leads of almost-countless side missions and meddle in the affairs of almost every character she meets. With so many, how can I choose just one?

In Mass Effect 3, there is a point during which Shepard visits the Virmire survivor in the hospital, and there is a little self-serve kiosk where Shepard can buy flowers and other little trinkets to bring to Ashley/Kaiden (and I’ll be defaulting to “Ashley” after this). 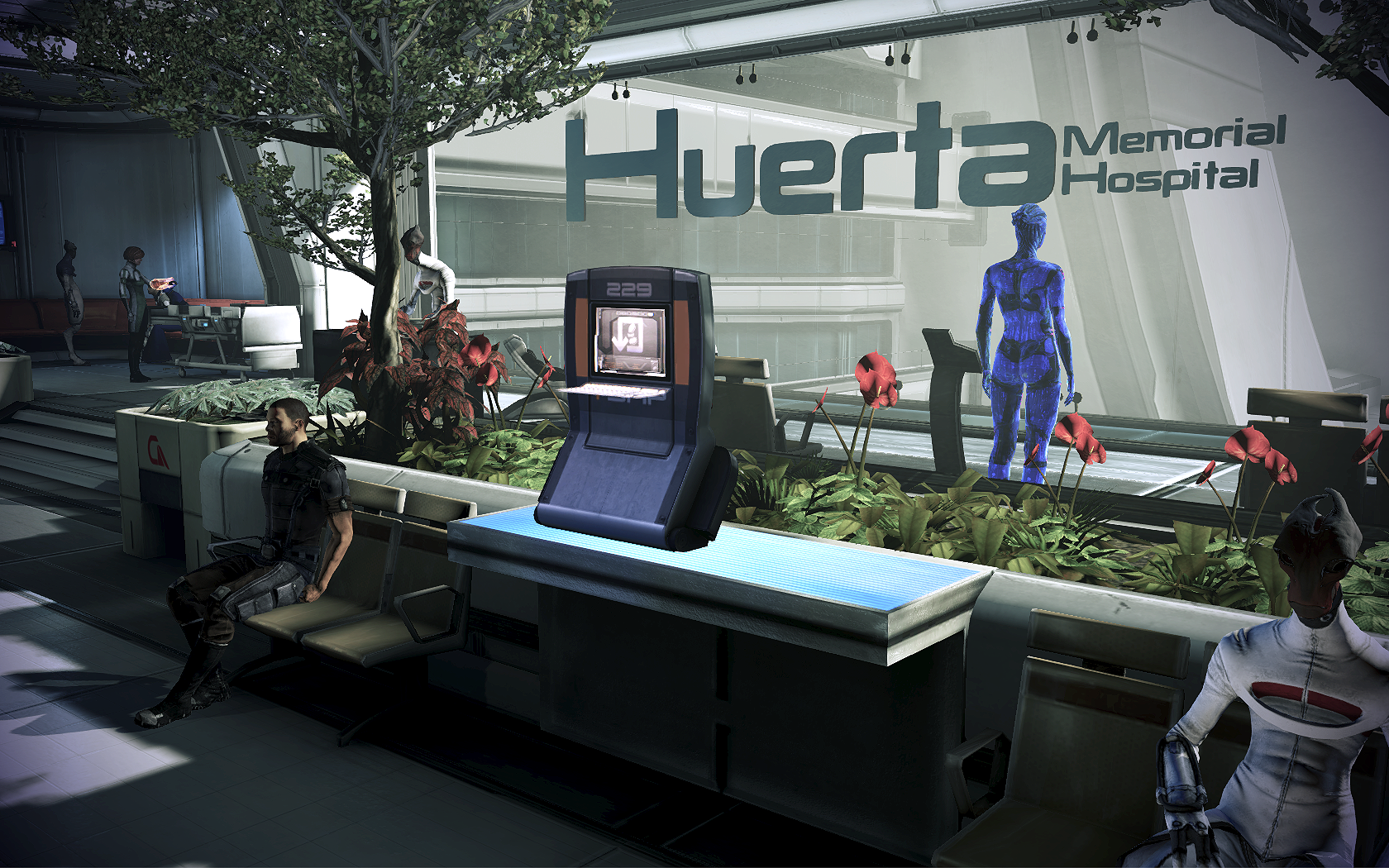 There is an option to purchase flowers, which I thought was kind of sweet, and then there was a lineup of books, most of which were poetry. As soon as I saw that, I smiled to myself and thought that maybe they had a book of poetry by Alfred, Lord Tennyson, since I remembered he was Ashley’s favorite from a conversation we had way back in the original Mass Effect. To my delight, there was, and so I purchased it, thinking it was really cute that the devs took the time to put a little gift shop in a fictional hospital so you could buy gifts for an NPC friend.

Imagine my delight when not only did Ashley appreciate the gift, but I also found out that the gift played a fairly important role in earning Ashley’s loyalty back later in the story (even though the game never outright mentions it).

I count this as a side mission since it’s not really something you have to do, but it does slightly influence the game, in a tertiary sort of way. And the reason it’s my favorite is because it’s not really assigned (at least, if it was assigned I couldn’t read it on the TV I was playing on). But the game simply offered you options and let you decide what would be the best thing to do in that moment. It allowed you to just tap into your humanity and your memory and naturally perform an action that – hey, cool – gives you a bit of an edge without you realizing it.

Maybe I’m sentimental, but there was just something about that little moment at the gift kiosk that really stuck with me, and so I’ve counted it as my favorite side mission.

Do you have a favorite side mission? What is it? What was the best part about it? Did you buy a gift for your Virmire survivor? Let me know in the comments!