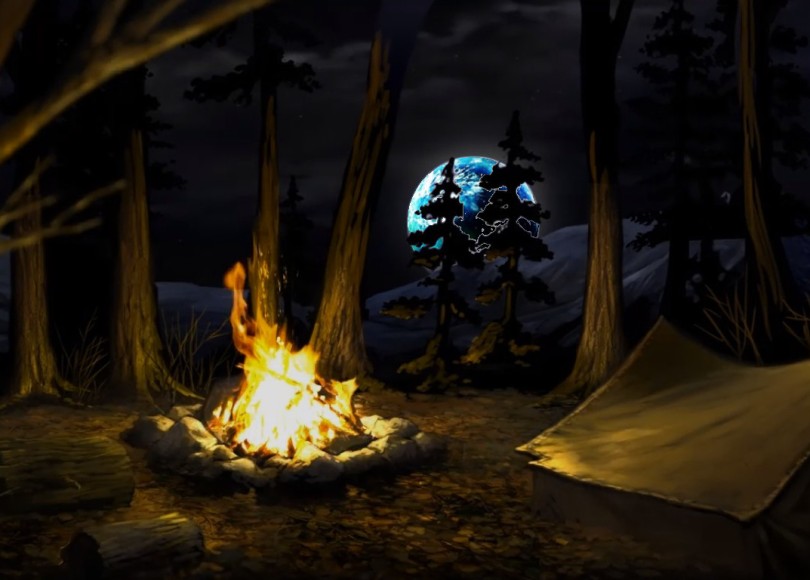 Athena was out in the gardens when she saw a man walking around. She went over to him, but he didn’t say anything until he tapped him on the shoulder, twice in quick succession. He handed her a note, said, “Something on your mind?” and walked away. Shaking her head in confusion, Athena opened the letter and began reading the note.

I’m not sure we’ve ever met formally, but I feel like I’ve known you from another life or something, you know? Anyway, I’m writing to you about my friend Daesala. Something isn’t right, you know? Figured I’d write to you, since you’re the one pulling the strings and all.

(Don’t look at me like that. I’ve heard Jaheira refer to you as the “omnipresent authority figure.”)

Anyway, it’s been a rough few days. Daesala was… well Gorion took her and left Candlekeep.

She left so quickly I didn’t have a chance to pack my things and go with her, but you know me – I don’t leave a friend hanging. I caught up with her a few days later, only to find her alone. They had… met some hostile folks on their journey, and Gorion… he ensured that Daesala got away safely. I can’t imagine what that was like for her; she hates being helpless, and Gorion was the only father she’s ever known. 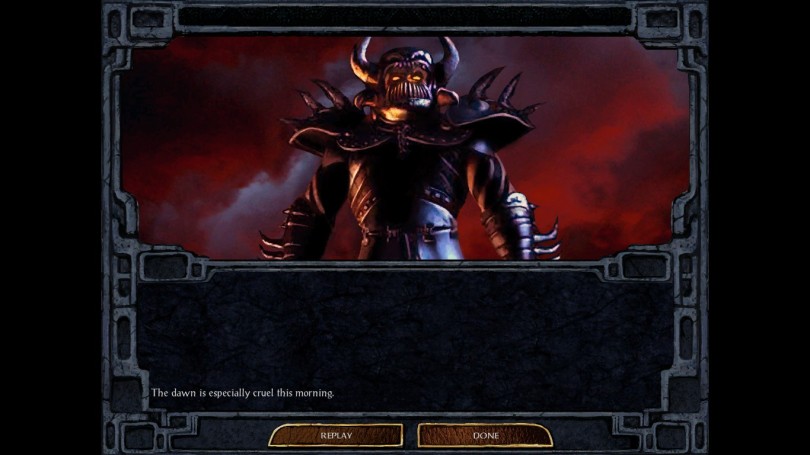 I caught up with her soon after that. Sneaking my way out of Candlekeep was child’s play, although it was odd to think we could never return. She seemed happy enough to see me, and she’s finally stopped calling me “little one,” which is a plus. I mean, I’m only a year or so younger than she is! And she’s not much taller than I am, and probably never will be!

But that’s not the point. Gorion had told Daesala to go to the Friendly Amn Inn if they got separated. Turns out, a few friends of his were waiting for us (well, her. I was just tagging along). But Jaheira and Khalid have been great friends to travel with, even though Jaheira tends to go a little crazy with some of her creation magic and gets us all tangled up in vines, like, all the time.

Oh! I have to tell you about Minsc, this big muscle-guy with a hamster named Boo (or, as he says, the only miniature giant space hamster in the realm). I thought he was a strange guy at first, but there’s something endearing about his unwavering dedication to “butt-kicking for goodness,” as he calls it. Rasaad, a Sun Monk, traveled with us a bit, but eventually our party got too large so he offered to stay in Nashkel so Minsc could stay with his mage friend that we, erm, accidentally rescued? Long story on that one.

It’s odd, you know? Gorion had wanted to get Daesala out of Candlekeep for some big important reason, but we’ve done nothing too exemplary except what a normal band of mercenaries could do. We cleared an iron mine the other day, and found a bandit camp. It took some footwork, but we managed to save the mine and disperse the bandits, but there’s nothing that’s really been… so bad as to need fleeing, if you catch my meaning.

The only foreboding cloud we have hanging over our heads – and Daesala doesn’t really talk to anyone about it – is her nightmares. She doesn’t say much, but I hear her thrash in her sleep. The other night, she was so enthralled in her nightmare that she was asleep with her eyes open. It was a terrifying and heartbreaking sight.

The people we’ve come across have been interesting.. We met a Lord Foreshadow who spoke of the great nights at Neverwinter that he hopes to return to. Daesala was doubtful of his sobriety, but I think the party he talked about sounds like a lot of fun. I’m tied up here, but maybe you could travel there one day? 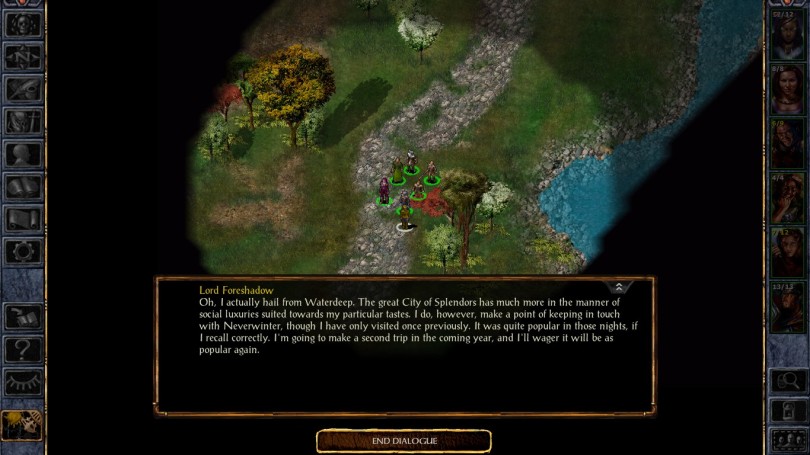 Or some guy in the forest named Noober who kept pestering us, wondering if we were bothered by him, yet. I thought he was harmless, but I could see everyone’s patience wearing thin. But he eventually thanked us, impressed with our ability to not throw rocks at him, and went on his way.

At any rate, we’re off on another quest to figure out who is behind all the bandits and spoiled iron and general troubles the region has been having. I suppose heroes are made in small steps, huh? I mean, Daesala looked interested in fighting that dragon she heard about, but I hope we spend some more time traveling before that happens…

Thanks for letting me have your ear!
~ Imoen

Athena rolled up the letter and tapped her chin thoughtfully with it. Adventures with slow starts were still adventures, after all. But as she walked back to her castle she wondered at the idea of adventure for adventure’s sake, versus the ever-present idea of adventuring due to necessity. She shook her head. That would be a thought for another time. Sitting down at her desk, she pulled out a fresh sheet of parchment, dipped her quill, and began to write.

Looks like our crew has been making some progress! Who was your favorite NPC in Baldur’s Gate? Least favorite? Let me know in the comments!