Recently, AmbiGaming was invited to take part in the Inklings series from Normal Happenings. Our prompt, which was extended to a few other bloggers and to anyone who reads the post, is as follows:

“What is a work of art (book, film, video game, written work, visual art, etc) that you liked when you were younger, but enjoy even more now in the light of additional knowledge and experience?”

I wracked my brain for days for this question… and I mean that literally. On my drive to work for the past week or so, I’ve been methodically going through books, movies, and games in my head that I enjoyed as a younger person and still enjoy now, and then sorting through if my enjoyment had actually increased as years have passed.

Sadly, I came up blank.

This is most likely because the things that I loved back then and still love now… well it is usually for the same reason. But one thing I will say is that I love these works of art perhaps differently than I did when I was younger. Let’s take a few art modalities that come to mind and discuss.

I didn’t have many friends growing up. I had a chronic illness and missed school a lot, and was often too sick to have hobbies outside of the house, and as my mom worked and my siblings are older (and went to school), I spent time either with my dad or by myself. Like Ebenezer Scrooge in A Christmas Carol, I felt very alone, and so turned to books and book characters as my friends.

My first love was The Chronicles of Narnia, and I used to wish there was a magical world beyond the closet door that was full of adventure and where I could be someone that I wasn’t. While I read The Hobbit and The Fellowship of the Ring, the series that grabbed me was, not surprisingly, the Harry Potter series.

I was 12 years old when I read the first three books, and I was instantly hooked. I can’t describe to you the feeling of seeing imaginary characters as friends, but I looked forward to each book in the same way that other people, I imagine, looked forward to visiting and hanging out with their friends. The time between books had me missing the characters, and as it happened I would up “growing up” alongside Hermione, Harry, and Ron, coming of age around the same time the final book was released. 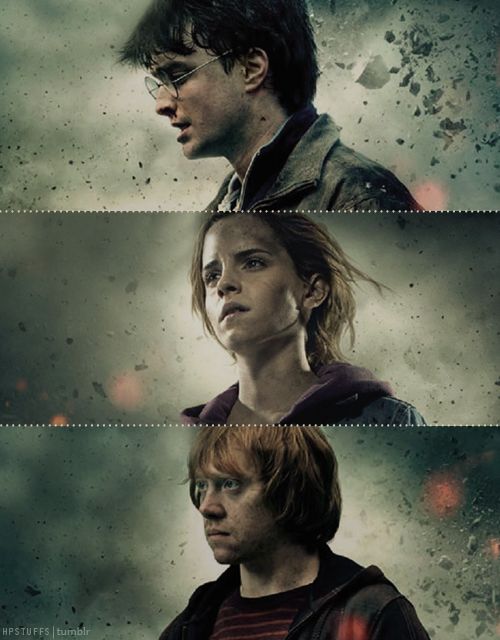 I was sad when the seventh book ended, partly because the series was over and it had been such a big part of my life, but also partly because it was the end of so many eras: I was an adult now, and had IRL friends and activities. My life would continue, and it would continue apart from the three people who had been by my side when no one else was.

It was like moving to university, promising to stay friends with your high school friends because you don’t want to imagine a world without them, except in this case I knew there would be no visits. If I read the fifth book again, it would be much different now that I was no longer the same 14-ish year old I was when it was released.

Which brings me to the present. 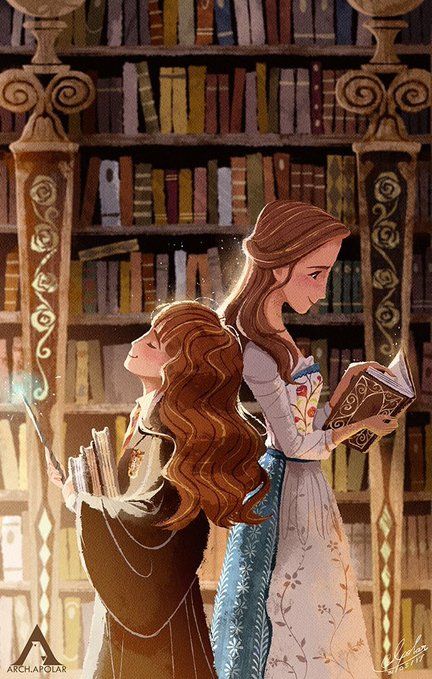 I still thumb through the Harry Potter books, the same as I meander through favorite games and rewatch favorite movies. And I don’t love them less, or more, than I did before. But I love them differently.

Now, they read like photo albums of my past, reminding me of the great fun I used to have with my friends. The intensity with which I threw myself at the world of magic has faded lovingly into happy memories that I will always enjoy. Re-reading the books is the experience of an adult remember her childhood, not that of a child knocking on her friend’s door in excited anticipation.

And I wouldn’t give that up for anything.

I really tried with this one. I can’t say that my relationship with a particular movie has changed too dramatically, and I haven’t had some sort of profound revelation as to a previous reaction to a movie. I cry a little more at movies now, especially when it comes to father/daughter scenes, but otherwise the movies I watched when I was little have not gained any special meaning as an adult.

The perils of being born 40 years old, I suppose.

Again, I’m not sure there is a video game I enjoy more now that I am an adult, compared to when I was a child. I think the only thing that may have changed is that I have a different sort of appreciation for the games that I didn’t have then, because everything was new and amazing back then. But I think of the first level of Super Mario Bros., and how it taught you everything you needed to know about the game in the first screen of the game. Or Zelda II, and how that was the game that helped establish what is a Zelda game, and what isn’t. Or that in Ocarina of Time, the spiritual stones are translucent and slightly distort the scenery behind them when Link holds them up. 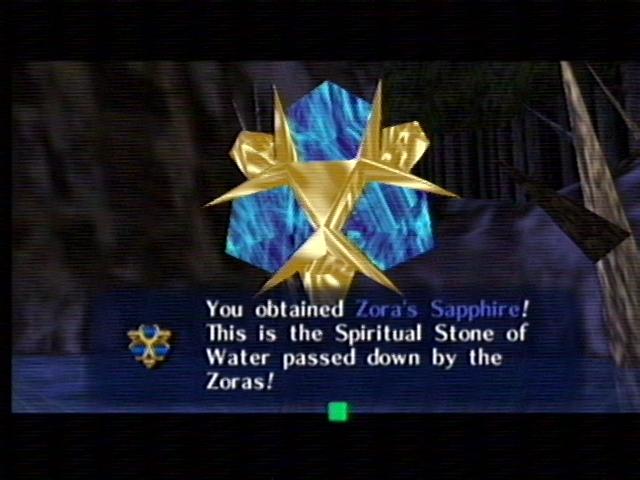 Or how about Final Fantasy VII, with its memorable opening and Aeris’s footsteps? Or the complex story of Metal Gear Solid propelling us into a world of tactical espionage with arguably one of the most intricate storylines a game has ever produced? Or the the Mass Effect trilogy, which gave us what amounts to the video game version of an opera?

Now when I play a game, I try to pull out those bits of magic that may make the game seem special in the future. Is it a bit of technology? A story device? A mechanic? Is there something “old”’ that is used in a new way? I play games more mindfully now, which makes playing them a completely different – and more complex – experience than back when my biggest gaming concern was timing jumps over walking mushrooms with a fat little Italian plumber.

What about you? How has your relationship with games/movies/books/music/art in general changed over the years? Is there a piece of art that you love more now that you are an adult? Let me know in the comments!