Somewhere in My Memory…

Last time, we talked about the inner workings of nostalgia, what it is, and how it can affect us in positive ways. For example, remembering happier times in the past can improve mood and help reduce stress, and can overall give people a boost in positive feelings.

But the word nostalgia comes from “nostos” meaning returning and “algos” meaning suffering. One of the dangers of nostalgia is that the bittersweet memories of times long past might, indeed, cause true suffering. The nostalgic past is a constructed and skewed past; it is imaginary and never actually happened.

It’s amazing how much damage a desire to return to a fantasy can cause.

The Best Years of My Life

As we talked about last time, nostalgia can have a positive effect on us, most readily observed in emotional reaction. While there is always a bit of poignancy surrounding something nostalgic, generally the experience is a positive one: remembering a fun day with family or friends, or the enjoyment of a game or activity, or the excitement at a new discovery or toy.

Remembering positive moments like these can have a positive impact on coping, and can even provide benefits to individuals who may have symptoms of depression (or who may not be depressed, but may be feeling sad or a little down). But despite these potential benefits, when remembering the past begins to step into living in the past, the relationship between nostalgia and mental health deteriorates.* 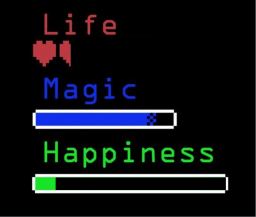 We talked about the positivity filter last time, which is what makes the “good ol’ days” seem so good, and how when nostalgic memories are experienced for what they are – a fond memory – and not something to be recaptured.*

On the other side of this nostalgic coin, this line is not clearly established, and the person may try to “rebuild” the old days, or recreate what was lost. But remember, nostalgia is an enhanced memory. The history contained in the nostalgic memory has been changed and polished to look a little better than the actual historical event. This makes it impossible to ever return to “the good ol’ days.”*

“The good ol’ days” didn’t happen, though. At least, not the way you remember them.

The bottom line difference is our expectation of what the past is going to do for us. When experienced healthfully, it makes us feel a little better. When used unhealthfully, we hinge all of our happiness onto the (idealized and unrealistic) past, and making that (fake) past our present and future.

For the remainder of this article, I would like for you to have this idea in the back of your mind:

Gatekeeping and elitism in the gaming community is all influenced by historical nostalgia.

Caught In the Undertow

As games and media march ever-onward, consumers find themselves in a changing world. And change can be scary. Change can threaten well-being (either objectively or subjectively), so The Familiar is preferred, especially if the familiar was harmless at least and enjoyable at best. The problem begins when the desire to go back to “then” or to rebuild “then” because of how supposedly great the Good Ol’ Days were.

Simply, it’s futile. It is impossible to recreate something that never existed in the first place. 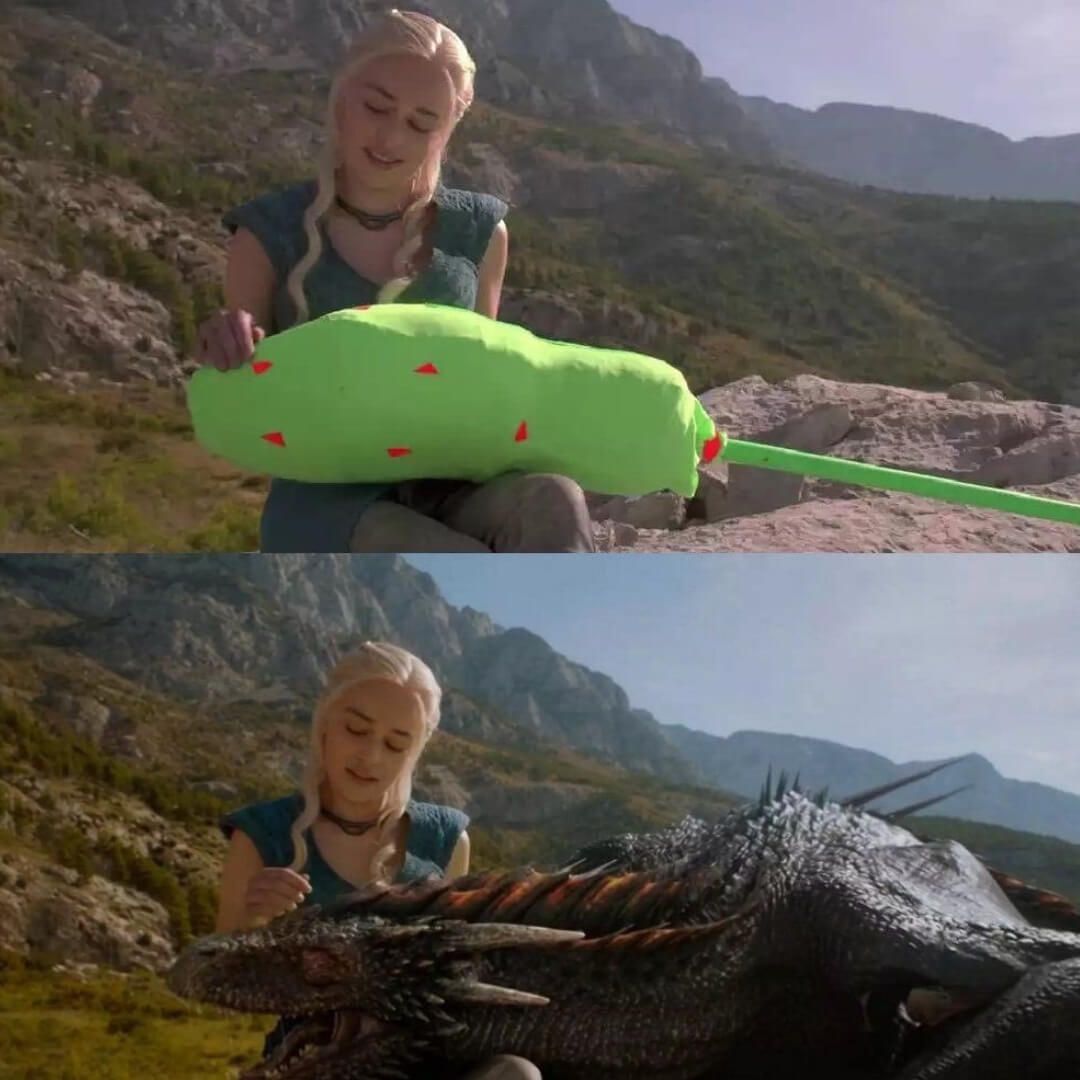 This is part of something called historical nostalgia. Up until now, we have talked about personal nostalgia, and dealt in personal, private memories and experiences. But once a person attempts to recreate The Way It Was Back Then, we’ve stepped out of the personal into the historical.

Was it in the 50s, when white men had uncontested power and women and minorities were oppressed, but the family unit was intact?

Was it in the 60s, an age of social revolution and good music, but also the waging of a terrible foreign war that politicians used to secure elections?

Was it the 1980s, when games were new and experimental in genre and theme, and had specific “niche” of people who played them, but also when males made games for males, using males in focus groups, and then asserted that females don’t play video games, creating the foundation of harmful logic that would permeate the gaming world for decades to come?*

Which era was the best to return to? Like today, they all had good, and they all had bad. If not one era, than which? When was there a time in the past that was objectively “better” than another? And be careful, “good” for you doesn’t mean “good” for another person. Would it be fair to return to a better time for you if it were at the expense of other people?

It seems obvious when put into that kind of context, but that is the harm that the scrubbed-clean memories of historical nostalgia can cause. At the end of the day, unhealthy nostalgia can cause a person to look with disdain upon the current state, and decry that nothing “now” can ever come close to the perfect time that was long ago. Instead of nostalgic memories eliciting overall positive memories, it instead causes emotional pain and, eventually, bitterness due to the inability to ever recapture the perfect, beautiful, but ultimately fabricated, past.

There is a personal and global effect that harmful, historical nostalgia can have. On a personal level, people prone toward anxiety and depression can feel more anxious and depressed after a bout of nostalgia, due to the misconception that “back then” was so much better and the “now” sucks. Yes, last time we talked about how nostalgia can be healthy for people with mental health diagnoses, but like so much else, there are two sides to every coin. When experienced healthfully, and accepted for the memory of good times that it is, nostalgia can provide a little emotional boost. When used to compare the present to the past, it causes harm.

The harm comes from a total dissatisfaction with the present, resulting in a desire to truly “go back,” as we’ve talked about. But how does this apply to games?

Historical nostalgia can skew how a person sees today’s games, and create a desire to go back to a time “when gaming was good.” The problem with this is threefold:

We’ve talked about the first two, so let’s take on number three.

The World is Just Illusion

People naturally want to avoid uncomfortable feelings, including dissatisfaction with a situation, and when that is impossible, it sets the person up for disappointment. This is true for gamers, as well. But when a person tries to change reality to match the fake historical period in their head, it can lead to things like gatekeeping, unfair player demands on developers, and disdain toward other community members.

This goes beyond being upset about how “kids today” will never know how much fun the 90s (or whatever decade) were. This begins to strike at the identity of members in a community. 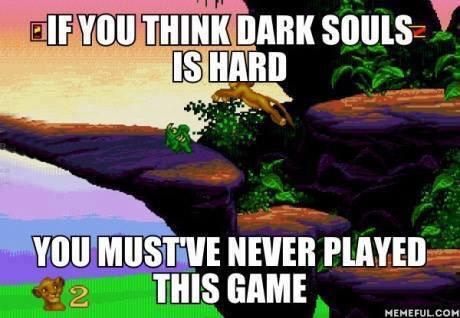 It’s easy to understand why. Games are interactive; they are powerful because we do not just absorb the medium, we act upon it. So our memories of our gaming sessions are packed with emotions, often good ones, and that can skew the memory away from objectivity.

But to build a community on a foundation of nostalgia is futile and harmful. We can’t return to the fantasy, and trying to force people to live in our own delusional memories (for that is what they are) is unfair, at the very least.

I leave you with a quote from a Kotaku article:

“When today’s aging gamers… complain that they’ve never played a game they like as much as Super Mario Bros., or that today’s games don’t stack up to the ones from the “good old days,” they’re saying more about themselves than they are about the games.”

Do you think nostalgic thinking can be harmful to an entire community? Have you had experience with this? Or are the good feelings only ever used for good? Let me know in the comments!

Miyazawa, K. (2012). The more she longs for home, the further away it appears: The paradox of nostalgia in a Fulani immigrant girl’s life. Journal of Curriculum Theorizing, 28(1), 59-73. Retrieved from http://journal.jctonline.org/index.php/jct/article/viewFile/116/06miyazawa.pdf