2020 has been a long century, hasn’t it? Don’t get me wrong; as a fairly introverted person, I’ve acclimated well to the social distancing that we’ve been practicing, and I’ve happily settled in to writing fiction again, making music for myself again, watching movies again, and generally taking time for my hobbies again, now that I have significantly more time on my hands.

But that’s not to say that it hasn’t been stressful. Besides the constant concern about money (for some reason I haven’t qualified for any of the financial aid for people who have fewer hours due to COVID-19), and the looming threat of the virus coming for at-risk individuals (like me) or, worse, bringing something home to my at-risk mother, the United States has been in a period of increasing civil unrest.

There’s been a lot going on. There have been a lot of things going on that we haven’t had to deal with before. It’s all been new. We are all figuring it out as we go along, and suddenly any stability we once had, whether it be security in our jobs or feelings of safety around our families, friends, and/or communities, has been erased.

We are floating, waiting for something to come down.

Somehow, in all this free time, I haven’t cleared many games from my backlog, and even during my new, usually-biweekly streams I find myself drawn to familiar games. On easy mode, thanks, because I don’t need more stress in my life right now.

On the other hand, some people take the opportunity of a highly stressful situation to “turn over a new leaf,” as it were, and try new things until they find something else fun and comforting to help bring them back to homeostasis. But why might some find comfort in the familiar, and others find what they need from something novel?

Last year, I talked a bit about nostalgia and how it can be beneficial for us emotionally and mentally. It’s a short read, but the point I want to draw from it for the purposes of this post is that occasionally, when the going gets tough, we often look toward something familiar and comfortable, in order to help us cope.

This ties a bit into something called the mere-exposure effect, which is when a person has been exposed to something – even at a subconscious level – and demonstrates a preference for it over things that they have not been exposed to.

Let that sink in for a minute. 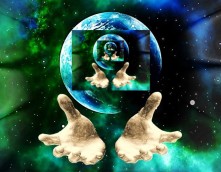 But, whether the stimuli are good or bad, we take comfort in the familiar. Our brains process a familiar event and recognize it as something that it has survived, and therefore it is not something that poses a mortal danger to us, compared to this Unknown Thing that, despite appearances, might not be as satisfying/benign/good for us.

So, it stands to reason that when it seems like the world is going mad around us, we reach for an old favorite.

When I found myself sent home from work back in March, I found myself with a lot of time on my hands. The first week, while we scrambled to figure out the move to virtual work spaces, I had nothing to do and endless hours in which to do it. I played games, I wrote, I made music for myself. It was great. But after the first week, perhaps, things took a turn. I found myself with no stability – my income was obliterated, the country was in crisis, and everyone was quite literally fearing for their lives.

So I did what I usually do: I reached for favorite games, favorite books, and favorite movies. I tried to read a book by a friend of mine, only to put it down because I didn’t know where the story was going and I just… couldn’t handle more uncertainty. I flew through another playthrough of Dragon Age: Origins and the Awakening DLC, and started another playthrough of Dragon Age II (which I’m currently streaming on Fridays). I found myself looking at my Metal Gear Solid Legacy Collection longingly. I opened up an old save file in Mass Effect 2.

I’ve played a bunch of games, but perhaps only one or two have been new. When I was playing a new game, for instance, during the Play Along of To The Moon, I found myself getting impatient with wanting to get to the end and know what happened. While I can get engrossed in a story, this was… impatience. I just… didn’t like not knowing what was coming next.

It was strange for me; usually I take great joy in puzzling over plot, and am often wide-eyed with glee picking apart characters and themes in real time as I experience a new story.

But no. Now the only comfort I found was sticking with my old, predictable friends. The ones were I could recite the dialogue in my head, and look forward to favorite scenes. Some days, those familiar stories were the only things that felt stable.

But not everyone is like this. So what can cause a person to instead abandon the familiar during times of stress?

When I first started brainstorming this post, the first idea that came to mind was the “post-breakup haircut.” While I’ve never personally cut or restyled my hair after a breakup, this seems to be a thing that some folks, regardless of gender, do. In this case, the reason for the change is partly to do with the person wanting to regain some control of the situation, and to have a clear, physical difference between what came before and what is “now.”

Now, playing a new video game isn’t the same as trying to re-establish some semblance of emotional control after a break-up. However, the desire to try new things and take back some semblance of control in this way is a valid response to feeling like everything that “was” is now “no more.” 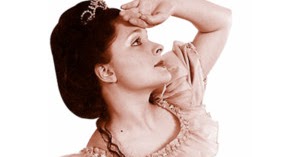 We’ve talked before about video games providing a safe an satisfying way to practice various social elements, particularly unpleasant emotions. They’re tidy, controlled, and usually have a satisfying conclusion, all tucked safely behind a screen where the events can’t really do any damage to us. Because of this, grabbing a new game, playing through it, and completing – or beating – it is a way for us to vanquish a fear of the unknown. After all, that’s exactly what we’ve done: willingly put ourselves into an unknown situation, and survived it, or, dare I say, even thrived in it, if we successfully made it to the end.

And isn’t that a nice feeling?

I admit I haven’t tried too many new games during COVID-19. As time has worn on, I’ve felt my mental health deteriorate, and taking on a new game has seemed daunting. So when Time to Loot hosted a Play Along for the indie title To the Moon, I figured it was a good way to stay involved in the community, and play through a game that had been a tertiary entry on my “to play” list.

It was an interesting experience. The game is well-made, and has a fascinating story, and there were a number of times while playing that I sat back just to process an interesting revelation in the plot. It was a story that was right up my alley, and a game that was fairly low-impact regarding mechanics.

On one hand, I thought about having to absorb something new, and I inwardly recoiled. Thinking about playing, I’d become impatient with just wanting to be at the end so I’d know what happened and wouldn’t have to “worry” about playing anymore. But at the same time, it felt good to play a new game. It felt good to jump into a new and unknown world, and slowly unravel the mystery and “solve” the puzzles presented within it.  And, if I’m honest, Fable was the same way. I just wanted it to be over, so I could know what the ending was… but I still looked forward to playing it, and didn’t ever entertain the idea of leaving it unfinished.

I’ve talked at length about being in touch with what you need to reach emotional and mental homeostasis and in an unprecedented situation like the one we find ourselves in now, it’s even more important. We are living in a world full of unpredictability, which is stressful for, well, everyone. People prefer consistency, and predictability, and familiar patterns in their lives.

Games can provide this. Games can also provide safe places for us to safely experience new and uncertain things, because we still have control over the situation.

At the end of the day, playing a game that’s an old friend, or pulling a new game off the shelf, is up to each of us. The important idea to remember in all of this craziness, though, is that whatever you play, make sure you’re playing it for yourself. If that means no games are ticked off your “to play” list, that’s okay. If all of them are, that’s okay, too.

Old or new, games provide us structure, predictability, and familiarity in even the most unfamiliar and unsure of times.

Have you been playing old familiar titles, or mostly new? Have your habits changed as COVID-19 has dragged on? What draws you to a new game over an old game? an old game over a new one? Let me know in the comments!