I’ve lost count of how many times I’ve said that about Dragon Age: Origins and Mass Effect 2 over the past few weeks and months, passively playing through two favorite games as I tried to improve my mood and battle depression. My gaze often fell on the pile of unplayed games that I planned on playing this year as part of Year of the RPG: The Two Years, or that I acquired with my Xbox purchase but I had no desire to pick them up and pop them in to my console. I wondered about this for a bit, because they were games I had been excited to play, from Knights of the Old Republic to Fable to Middle Earth: Shadow of War to God of War 4.

The answer lies in the complex relationship between nostalgia, psychology, and mental health.

Nostalgia, as any quick internet search will tell you, stems from two Greek words, “nostos” meaning returning and “algos” meaning suffering. It may be tempting to smash those two words together in a sort of “return to suffering” fashion, but what this word is actually describing is a bittersweet remembrance of something in the past. The suffering refers to the desire – the unattainable desire – to return to something that happened in the past.

Interestingly, this wonderful past that one wishes to return to is usually not one that ever really existed, but is instead one that has passed through our psychological filters and become an idealized version of the past events.*

Nostalgia is not usually associated to a specific memory or “snapshot,” but rather of an overall state of being or emotional state. For instance, your memory may be triggered by the jingle of an ice cream truck, but the nostalgia you feel isn’t about eating ice cream, for example; it’s about the state of a summer day as a child, perhaps out playing with your friends all afternoon and watching the clouds from a hill, before the jingle reached your ears on the wind and you ran to get a frozen treat.*

When most people think of nostalgia, they usually are referring to a memory relating to their childhood or younger adult years. Remember, because our memories have passed through a positivity filter – for want of a better phrase – our memories from childhood have become idealized, and things seemed “better” back then because of it. Additionally, as children we are learning and developing who “we” are, and what our Identify As A Person is, so looking back on the things that shaped us will not only have an associated positive emotion because of the Positivity Filter, but they will hold additional emotional real estate because these things – in this case, these games – made us who we are.

But Athena, you say. Isn’t it bad to live in the past?

Nostalgia can be beneficial, as we’ll talk about in a little bit, but it’s true that remembering positive memories can put us in a positive mood, and although there is a “bitter” part to “bittersweet,” overall feeling nostalgic makes us feel better. It reminds us of a “better time” (whether accurate or not), and improves our mood, and can help us stand strong during hardship.

Bad nostalgia starts coming around when it begins to take over your life. Eerily enough, pathological nostalgia can occur when people live too much in an idealized version of their lives, even trying to make that idealized (read: inaccurate) past their present. This occurs sometimes in people with psychiatric disorders (to an extreme degree), but any sort of imposition of a mis-remembered past onto the actual present is unhealthy. But that, my dear readers, is for another day entirely.

Longing for the Good Ol’ Games

And thus we are brought back to the games. It seems every gamer has a game or two that makes them smile, or perhaps they view through a rose-colored HUD, but where does it come from? Why do we as humans pine for the past? Objectively, “back then” was probably no better or worse than now, but rather was different, having the same proportion of good, bad, and indifferent as we experience today.

One of the paramount reasons that people may feel nostalgic is due to coping with stress and sadness, especially if the memories are of a time that is perceived as simpler, more fun, or generally “better” than now.

How we encode (aka “store” or “make”) memories is easy enough to talk about, even if the process itself is more complex than is necessary for the purposes of this article. Most people know that information is received into the brain, stored in memory, and then brought out again in the form of memories.

The other part of this is that we are not like video recording; our brains record information from our own point of view, i.e., with our biases of experiences, age, and even our individual brain wiring/chemical make-up. But there is another factor that can impact how strongly memories are “laid down,” and that is the emotional intensity of the event as it’s happening/being encoded. 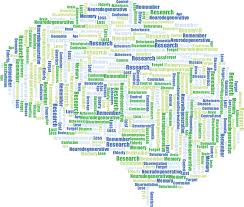 When we have a strong emotional reaction – either positive or negative – the memory of that event is marked as “really important to remember” and, as such, “wires” the memory so it is much easier to recall.*

With this in mind, it’s easy to see why games can elicit such strong nostalgic feelings. It boils down to three reasons:

So, when we are feeling sad, or overwhelmed, or alone, it might feel nice to return to a game that reminds us of simpler, happier, and more social times. It is also possible that our longing to play an old or familiar game helps us cope with the stresses or uncertainties of our lives because, as humans, we find comfort in familiarity, and experiencing familiar “surprises” in a safe environment may echo the surprise we once felt, but because it is so familiar, it is emotionally and psychologically safe.

In small doses, nostalgia can be beneficial. It can help us continue on when things get hard, as we remember the happy emotions of “better” times and hope that those times will return. Nostalgia can give us the positive emotional injection we need to get through difficulties. But, like with all things, moderation is key. If we let nostalgia blind us, or love a game to the point of letting it define who we are, then we have crossed into how nostalgia can ruin the present and harm us as a community and as individuals. But that’s for next time.

For now, you’ll have to excuse me. My life may still feel out of control and I may feel a little alone, but at least I can still stop the Blight with my friends and be the in-control hero of my own story. I’m playing the best game in the world, after all.

For more on nostalgia: