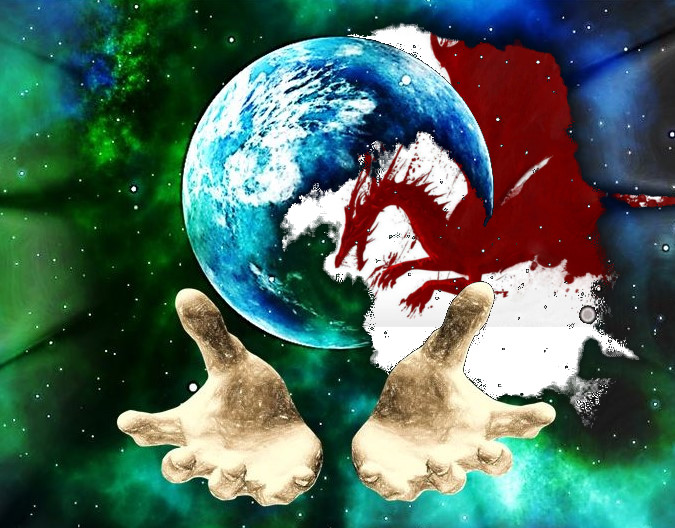 Some of you may have heard that I wrote a tome of a Dragon Age fanfiction – like, close to 400,000 type of tome. It was a story that I wrote for me after playing Dragon Age: Origins, and spawned from about two or three scenes that sprung into my head. For the four Saturdays of Dragon Age Month, I’ll be posting snippets of my fanfiction over here. If you like what you’ve read, check out my Dragon Age series on Archive of Our Own for more!

The following excerpt is from a one-shot I wrote after I Will Call You Home reached 20,000 views. It’s a silly little “what if?” scenario, not canonically attached to the main fanfiction, but was a fun one to write. Please enjoy!

Renya, who had been sitting under a tree in the interior gardens meditating, opened her eyes. Leliana was running toward her, brandishing a piece of paper in one hand and clutching a large book in her other arm. She was beaming.

“Look!” She offered the book to Renya, who took it. The elf squinted at the words, as if that would help her read the strange symbols more easily, and traced her finger across the cover as she read.

“I Will… Call You… Home. A R…Re…counting of the… Fifth Blight.” She looked back at Leliana, her eyes sparkling. “Lelia?”

“It’s been printed, my love! And Brother Genetivi,” Leliana continued excitedly, referencing the letter in her hand, “says that, by his estimation, your story has been viewed at least twenty thousand times!” She kissed Renya softly.

“That is amazing,” Renya replied, shaking her head. She sat on the ground again and patted the spot next to her. “I would never have guessed there were so many people in the world, let alone so many people who wished to hear my story. Put an elf in a metal suit and amazing things start happening…”

Leliana laughed musically and sat beside Renya, looping their arms together. She leaned against the elf contentedly.

“I am glad you are here.” Renya kissed her. “I have missed you.”

“I’ve missed you too, my love. But I fear our short reprieve is coming to an end, and there is much story left to tell.”

Renya kissed her again. “Then let us say here, like this, until we are together again forever.”

Leliana snuggled into her. “There is nothing I would like more in the whole world, my love.”

Leliana woke, startled. She looked around at the bare room she was in. She had just been in a warm garden with Renya. Now she was back in the empty room offered to her by Mother Dorothea in the great Chantry complex in Val Royeaux. Part of her wondered if her dream had been real. But of course it couldn’t have been… Renya hadn’t written a story of the Blight.