Day Eight: Who is your least favorite character?

This is a tough question. I honestly loved the characters, or in some cases I loved to hate them. I mean, I don’t love Vivienne, for instance, but she is one of my favorite female characters in Dragon Age: Inquisition.

You know, I really really don’t like Rendon Howe, the opportunistic jerk who killed his so-called friends for a power grab in Dragon Age: Origins. And Marjolaine is not one of my favorite people, either. But you know who really grinds my gears?

Orsino, the First Enchanter of the Circle of Magi in Kirkwall. 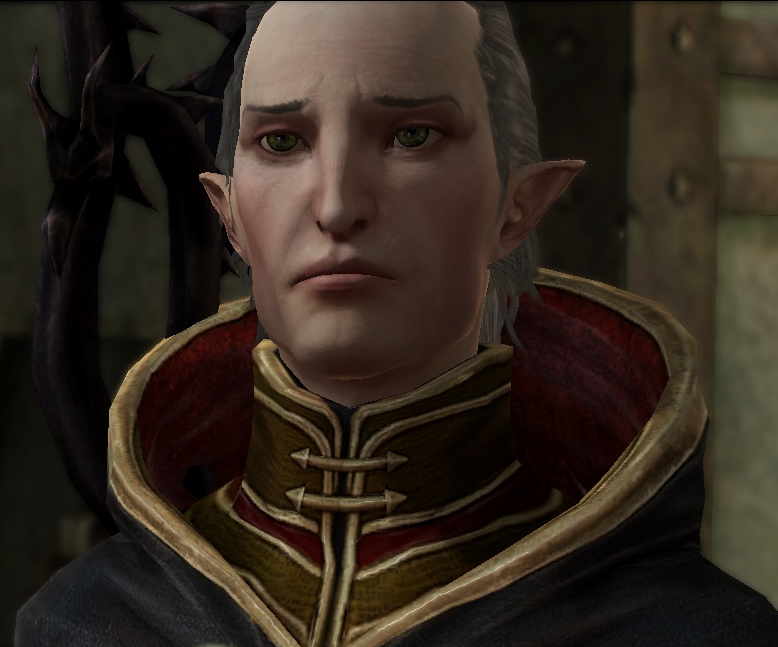 Oh, and spoilers for Dragon Age II below. Proceed at your own risk.

Orsino is labeled as a “troublemaker,” but by the time Dragon Age II comes up, the mages have been painted in a fairly sympathetic light, so it seems reasonable to sympathize with him, especially when compared to the increasingly-paranoid Knight-Commander Meredith.

But what makes me dislike him so much is that he knew about the blood mage that kills Hawke’s mother, and fed the blood mage information about her, for no good reason. I can understand not realizing the extent of his “derangement,” as Orsino calls it, but why, Orsino, are you supplying some guy with information on another person’s mother without telling that person?

What, exactly, is wrong with you?

At least Meredith has her story straight, hating mages and turning on Hawke during both endings due to her paranoia. Nice, simple, and understandable, if still a little unexpected.

He just makes me so mad, because he sounds so reasonable but is, ultimately, a creep.

Who did you like better: Orsino or Meredith? Did Orsino bother you as much as he did me? Who is your least favorite character in the Dragon Age series? Let me know in the comments!