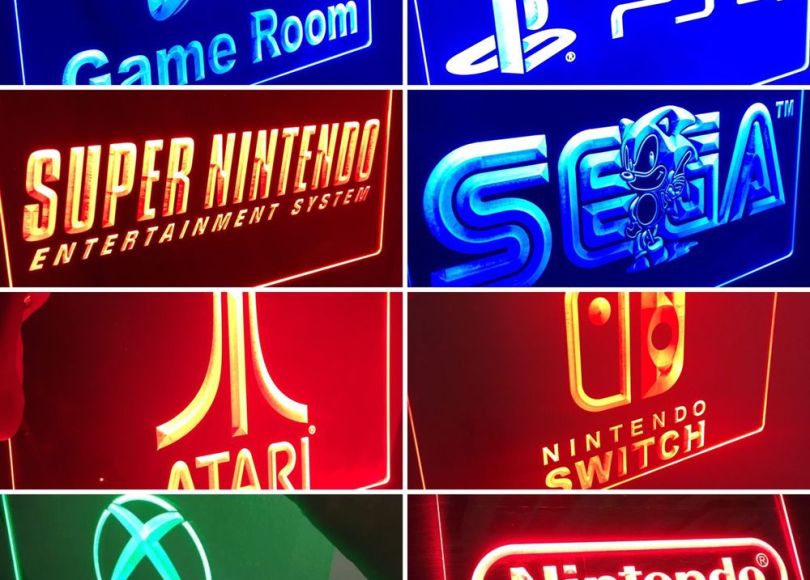 2022 has been rough, my friends. I am diligently committed to not waffling about my personal issues online, but boy has 2022 been rough for me. It perhaps wasn’t the wisest idea to take on a whole entirely different project this year on top of everything, but here we are. At any rate, you didn’t come here to listen to me complain vaguely, you came for video games and psychology!

There was recently a trend going around on Twitter, that for each “like” a person received, the user would post their favorite game from each year, stretching back to their birthday. I didn’t personally partake in this, but I thought it seemed like a fun idea. Our good friend Ian over at Adventure Rules joked about totally breaking the mold and listed all the games of his lifetime anyway, and I found this idea so absolutely delightful that I decided to do exactly that, and with my trademark AmbiGaming spin. So, in a post that may turn into a weird self-indulgent series, I’ll count back the years until 1850 (when I was undoubtedly born) and share my favorite game from each year, and also give a few reasons as to why they might have been my favorite, and how this ties into using games for mental check-ins and coping with stress.

So without further ado, let’s jump in with our first 5 years of favorite games! More coming soon, of course.

And we’re off to an embarrassing start! I haven’t played any games that were released in 2022. I saw that Stanley Parable was re-released in 2022, and I’m almost finally up to that game in my backlog, so… I guess it wins by default??

Reasons Why (I think) It’s (going to be) My Favorite For This Year: Considering this game was originally released in 2013, I have carefully been avoiding spoilers, and I’ve succeeded, for the most part. At least, the bits of the game I’ve found out about have been enough to pique my interest, and not “ruin” anything about the game for me. Having said that, I think Stanley Parable is a contender for this year because of what I suspect will be some delightful fourth-wall breaking that challenges my idea of what it means to be a gamer and, by default, what it means to be human.

Oh yeah, you bet I’m already planning out analyses for this one!

Was there ever any doubt?

Okay, okay, fine. That was cheating.

Reasons Why It’s My Favorite For This Year: I love how the horror is mixed into the game itself, and in layers: the first layer of horror, of course, is of Monika being a crazy self-aware program that falls in love with the player, and the second layer being much more sinister, hinting that the players themselves are possibly part of a simulation and the simulated “real” people in the game have possibly realized this and are trying to cope with that.

I think one of the reasons I gravitated toward this game when I played it was because the mystery of the “deeper plot” gave me something engrossing to think about as I slowly watch my world go insane. And in the end, it was nice to think that someone (Monika) who became aware of the horrors inflicted on her in another simulation she was programmed into (long story), manages to hatch a plan and escape to a world that will, hopefully, be kinder to her.

I got the free version on Steam, and then when the Plus! edition dropped in 2021, I actually purchased it for PS4 to play it again, and with all the extra goodies that came with it. I almost earned the platinum trophy, too, except I found a bug and instead of earning a trophy, I have crashed the game about 17 times, which should be a trophy in itself.

OH! And most importantly, I had the amazing experience of taking on the role of Yuri and Sayori on stream with my two friends, Destiny and Becca!!!!!!

Oh boy, another year, another question mark. But, on my backlog from this year is Kentucky Route Zero, so…

I can honestly say that I bought Kentucky Route Zero, a magical-realism point-and-click adventure game developed by Cardboard Computer, on a whim. Like, I totally judged the game by its cover and dropped $20 on it. I know absolutely nothing about it.

Reasons Why (I think) It’s (going to be) My Favorite For This Year: The reason I think it is a contender for my favorite game released this year is because the back cover gave me strong Orwellian, 1984-type vibes, and 1984 is one of my favorite dystopian novels. With words like “Department of the Real” and phrases like “If the object you are holding does not match the diagram, it may not be real,” and promises that the game includes things like utility bills, barns, radio, “frank discussions of stagecraft,” and “intense ennui,” I’m not sure what there could possibly be in this game that I wouldn’t like.

…except for playing a point-and-click game on a console, but I did that to myself so I won’t complain.

I figured this would eventually happen. The moment I realized I have two games on my backlog from the same year that I am equally excited to play. I’m a fan of Star Wars, and by all accounts Fallen Order is great (and my brother played it and really liked it, so I’m pretty stoked, as well). But on the other hand is Disco Elysium, which was pitched to me as “oh, you like Dragon Age and reading books, so you’ll like this.”

Nothing I’ve read about the game makes me think “this is like Dragon Age, but,” but I’m still pretty excited to play it.

Although, all things considered, I’m going to hazard a guess that Fallen Order will eventually take the top spot. I’ll report back in 854821 years when I’ve finished my backlog.

[Addendum: I forgot GreedFall was released this year, and if you know my search for jaunty hats, you know that this game is also a contender for a favorite!]

I was recommended this game by Ian earlier this year, and picked up a copy when I saw one in my local game store, intent to play it sooner than some of my other backlog games so I could talk about it with the person who recommended it. It’s a 2D action-RPG, and on the surface explores the idea of “what if we could use virtual reality for an MMO-style game existence?”

The plot is interesting, as the main character, Lea, is a silent protagonist but with a plausible reason for being so, and the story centers around her recovering her memories, as she is told her IRL body is in a coma. I can’t go further than that without going into spoiler territory, but I can tell you that the story is incredibly compelling and I am absolutely in love with the characters.

Reasons Why It’s My Favorite For This Year: I laughingly said on Twitter that Ian must have recommended it to me because one of the characters is a chatty French redhead, much like my very favorite Dragon Age character, Leliana, and when one has a type, they have a type.

But honestly, I enjoyed the idea of exploring a person’s memories/personality programmed into a game, and being able to utilize that technology to help a person recover from a real physical ailment. But CrossCodes is more than this surface story, and as reveal after reveal occurred, I was glued to the screen and wanting to devour the story to unravel the mystery and find out what my darling Lea’s endgame will be.

For a while, I was playing this alongside a(nother) playthrough of Dragon Age: Inquisition, but I think what is drawing me to CrossCode over Inquisition is that the story, again, gives my brain something to devour and puzzle over. The controls took some getting used to, but they were familiar enough to other games that they posed enough of a challenge to be engaging, but weren’t so challenging that my currently-overtaxed brain couldn’t handle it.

At the end of the day, though, I think CrossCode hits a chord with me as it questions reality, and what it means to find meaning in one’s life, despite… Well, I can’t spoil that, can I?

Suffice it to say: I’m hooked, line and sinker.

Well, in a post full of games I haven’t played yet, it was a bit hard to take a look at the reasoning behind loving the games, other than some speculation. Join me next time and we’ll see how deep this backlog truly goes!!

To be continued? What are some of your favorite games, and do you think it had anything to do with “where you were” in your life at the time? Let me know in the comments!