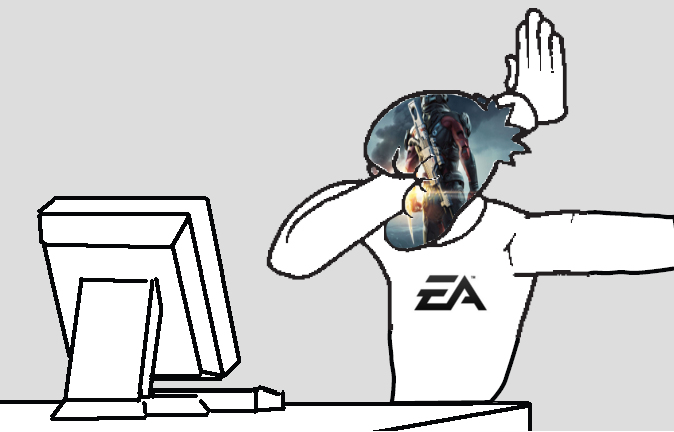 There. I said it. I think they have great stories and wonderful characters, and I’ve loved every moment I’ve spent in the worlds they’ve created.

A long time ago, I signed up to be part of the multiplayer beta for Mass Effect: Andromeda. I was already signed up as part of the Andromeda Initiative online (and have a fancy Pathfinder helmet in-game to prove my dedication), and I was excited for not only my first beta experience, but also to see the lovely new galaxy that I would be inhabiting after Andromeda‘s release. 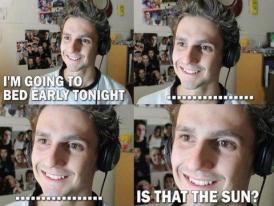 Disappointingly, about a week or so before the game dropped, it was announced that the beta was cancelled. But I said to myself, “Self, if that means that they have to fix some bugs, that’s fine. I’ll give up being part of a beta if it means a better game later.”

Then I heard that early access was going to be only a few short days before release. “Well, okay,” I said to myself. “That might not be too bad.”

…and then I realized the flood of people who would have early access and I thought, “Okay, that might be a little bad.”

This is something I’ve been sitting back and watching for a while, and I even plunged the depths of NeoGAF, GamerFAQs and Reddit so you wouldn’t have to.

This is a bit of a thought experiment on the following two points:

A Brave Stab at Objectivity

A while ago, I wrote a first-impressions article about Mass Effect: Andromeda. I tried to be as truthful as possible. On Day One, I had some concerns, but I was optimistic about the future. I felt guilty posting the article, because I feared I was being too harsh. But I shouldn’t have worried so much, because prior to this my YouTube page was flooded with people raging against the game, saying it was besmirching the good name of Mass Effect, and basically BioWare should go crawl into a hole and die of shame. 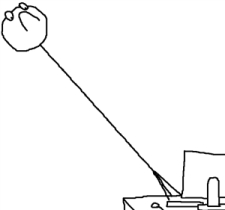 This seemed to be echoed across the internet, and I tried to find someone writing anything positive about the game I was going to be playing for 60 or so hours.

To be fair, Andromeda is not without its flaws. The facial animations were terrible (they’ve been fixed with patches). BioWare may or may not have hired a few people who didn’t really have the right experience for the animation department. Games crashed and folks on the multiplayer were kicked offline, which are both most definitely problems that should have been fixed before the game released. Yes, commenting on these is allowed, and I would say even encouraged, if done in a thoughtful and constructive manner.

After I wrote my first impressions, I restarted the game (by myself) and enjoyed it a little more than when I played it with my friends, because I could focus on the story a little more, now that we weren’t all sitting around laughing at how “dead inside” everyone looked. The game is, in my opinion, actually pretty solid, and does a lot of world-building in a fairly short period of time (for a huge RPG). Combat is stellar. Environments are beautiful, and I was interested in the story and the characters the entire way through. It has it’s flaws, like I said, but it presented an overall fun experience.

So why is Andromeda so hated?

The answer is a complex one, but it boils down to two entities: EA and us.

Early access to a video game was originally intended to be a time for news organizations to play a few hours of an upcoming game and report on it. It’s was also  (sort of) intended as a “beta testing” period, during which the testers could offer feedback to the company. The understanding was that the game was unfinished, and this was just a “taste” of what was coming. Things have changed a little, with early access now meaning that news outlets have early access to what is often assumed (rightly or wrongly) to be the finished product, just a little earlier than everyone else. While early access has come under some critique recently for encouraging the shipping of “unfinished games,” in theory early access seems like a great idea: get some publicity, and also get some feedback before the game’s hard release. 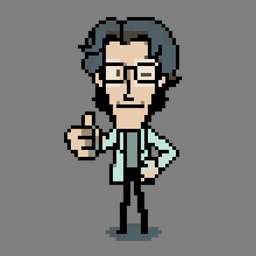 But nowadays, who is a “news outlet,” and who deserves early access? Popular YouTubers offer reviews and game news, as do I and as do other small-time video game sites. IGN, Polygon, GameSpot, and Game Informer also publish gaming news. So, in the spirit of not being exclusionary, not only do the larger, more established organizations get press passes, but so do some of the smaller channels. Some of these are of course very professional, and some… are not.

Remember we talked about hype a long time ago? That’s what happened with Andromeda. Except it wasn’t a hype train that ran Andromeda over. It was a hype backlash – a mob mentality, accidentally curated by EA. 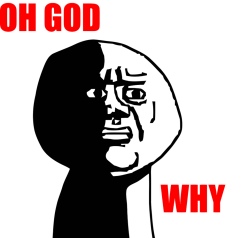 EA did a very stupid thing when they cancelled their multiplayer beta. This beta was not early access; this was beta-testing. It was a time to get feedback before the game was released to the wolves of the internet to devour. And EA cancelled it, leaving whatever flaws the game had untested and unaccounted for when they released it to all the news organizations, YouTubers, and bloggers who managed to get their hands on a copy.

This was a terrible idea. There were mechanical failings of the game (crashing, etc.) that should have been fixed before its release, and perhaps beta testing would have caught those things. And then, in the world of eighth-generation consoles, there were the concerns about the graphics.

Okay, let’s call a spade a spade: the facial animations were creepy and awful. But they weren’t game-breaking levels of bad, but rather just a little disappointing, considering the capabilities of today’s consoles. Yet this is by far the most prevalent complaint about the game and seems to be used as proof at how horrible the game is, as if a person’s face is indicative of the quality of a game’s story and characters. Why?

In psychology, there is something called a negativity bias, which is an idea that states when two scenarios of equal intensity are presented to someone, the more negative one will have a greater impact. As an example, if a person hears two sentences (“I like the way you wear your hair” and “No I don’t like your haircut”) at an equal volume, the person will remember the negative comment about their haircut more clearly. Remembering this will impact their future actions, as they might not cut their hair like that again.

So, for the sake of this article, this negativity bias means that people will focus on “bad” news about a video game, and remember/act on it.

The second point to remember is that bad news sells. And “things that sell” bring views and subscriptions to channels. 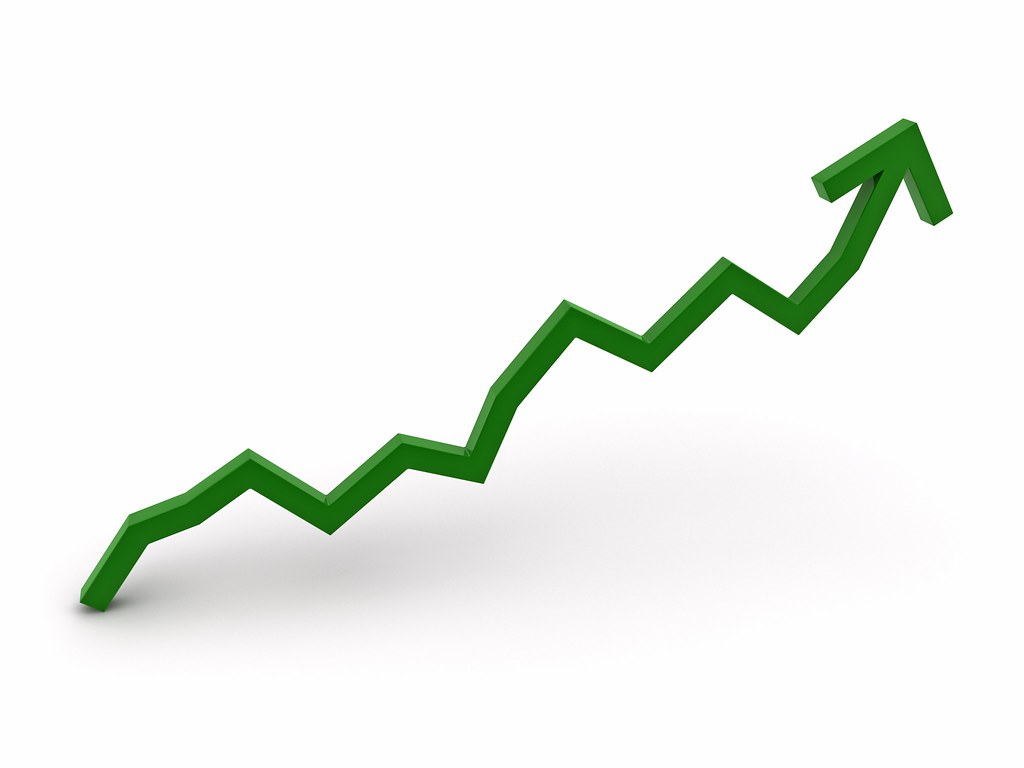 So, with no beta testing and a short early access period before the game actually launched, news organizations, YouTubers, and bloggers scrambled to get their ideas out first and more importantly, heard over the cacophony of all the people talking about Andromeda. They needed to stand out, make their mark, and be remembered.

Imagine, If You Will…

I have a hypothesis of what happened next. Like I said, YouTube channels/bloggers/small-time video game folks wanted to make their voices heard. And bad news sells. And what’s the number-one, most-often-cited flaw of Andromeda? The facial animations. I hypothesize that this (minor) flaw was picked up on because it was so prominent (that is, it was the easiest one to notice if you hadn’t played the game long enough to experience the technical glitches), and then was spread across the internet like wildfire as each person who wanted quick views jumped on board the hate train and blasted the game’s animations.

This is the important part. People scrambled to be heard, to stand out, and to be memorable, that they fed into our natural negativity bias. They latched onto and talked about the one “bad” thing that was always experienced when the game first opened: the characters’ faces.

We ruined Andromeda. At this point, it’s hard to critique it, because any criticism is chalked up to “another” one of the game’s (implied) many flaws. Even now, Andromeda is akin to the gaming world’s whipping boy, with very few people (that I’ve come across on the interwebs at large) having anything particularly nice to say about it. And the negative comments range from understandable to just plain stupid. Here’s a summation of the critiques that I’ve found:

Negativity begat negativity, and so here we are. Without more objective critiques that don’t feed on a problem that has now, for the most part, been fixed, how can we expect the games to move forward? I wouldn’t be surprised if our out-of-proportion anger toward Andromeda is partly the reason why EA recently put the entire IP on ice. 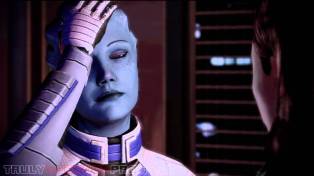 But now, after all the hysteria has finally died down and the last of the vultures that had so greedily snapped at the game have finally flown away in search of another victim, we’re starting to see some people try to have real conversations about it. People are saying the story is solid, the characters are good, and it’s a solid Mass Effect game.

Yeah, the faces looked awful. Yeah, it has bugs and should have had a little more polish than it had. Yeah, those are the things we should have focused on to begin with: its merits, and its shortcomings. Because a critique is neither putting something on public blast, nor is it heaping praise on it. Crafting a fair and objective critique is hard, especially if we let ourselves succumb to hype backlash and negativity bias.

So what’s the solution? Well, obviously make sure your game is polished before release, EA. C’mon.

I wonder, though, if early access had been earlier (that is, if the game was released with a greater amount of time between the early access and the drop date), if that would have allowed more time for the firestorm to die down and allow the more reasonable voices of the more established or smaller-yet-reasonable gaming news organizations to be heard. It would have allowed the focus to go from “OMG the animations are so bad you guyz!” to something more objective, outlining the game’s flaws and its strengths, which would have calmed the hysteria that happened on launch day (to a point).

With great power comes great responsibility, they say, so maybe next time, we should all be less worried about views and subscriptions, and more concerned with offering a fair critique of the whole game, and not just grab on to whatever we think will sell. 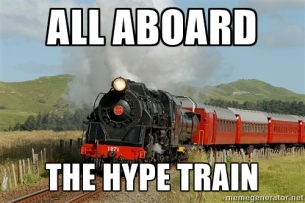 Now, all of this is my opinion. It’s based on my experience before, during, and after the release of Mass Effect: Andromeda, and on what I have read as the main critiques of the game. So I ask you:

Did we all (as gamers, bloggers, etc.) add to the conversation, or did we jump on a bandwagon that drove a good game straight into video game hell? Or is it all EA’s fault? Do each of us bear some responsibility for the Andromeda backlash? Let me know in the comments!