A long time ago, I wrote about the power music wields in video games, particularly as a “shorthand” for emotions, memory triggers, and establishing a setting or time period. While not required to understand the following information, I do recommend checking the post out if you want to know a little more about how music is used in games to establish and reinforce important aspects of video games.

That post prompted a lot of discussion, and The Well-Red Mage asked about associations we make with certain sounds, particularly what makes us think that creepy music is creepy. And me, knowing that October would probably come around later this year, tucked the idea away, and now here we are.

Music possesses many different qualities that create the emotional and psychological pull we experience, and has many different aspects to explore, so we’ll be talking briefly about some of the more relevant ones before delving into some brief analyses of some of the “creepiest” music in gaming.

There are two ways for a person to experience emotions. The first way is through the perception of them. Perceived emotions are emotions that we are able to identify through context or auditory clues. This means that we can identify music that is happy, sad, angry, scared, or even spooky, even if the music doesn’t make us actually feel happy, sad, angry, or scared (or any other emotion).

For instance, if I asked you to name an emotion that this piece is trying to convey:

…all you would need to do is listen to the opening few notes to know that something in the “scary” realm is happening. But again, you might not experience fear.

This second type of experience is much more personal. Felt or experienced emotions are the ones you experience first-hand. You do not need to be able to label what it is (and you can experience more than one emotion at a time!), but the emotion is causing you to experience a physical and psychological response in your body. 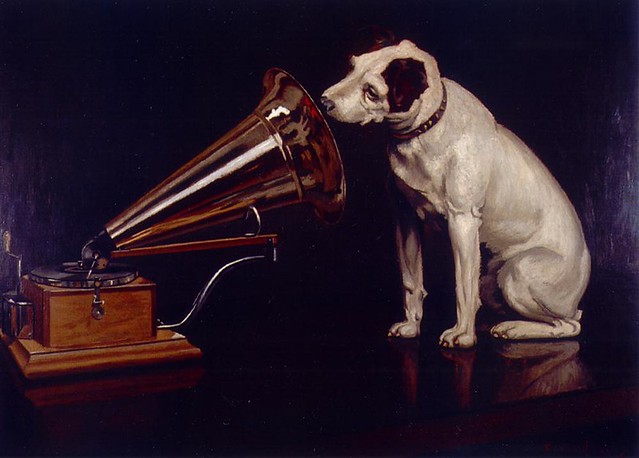 Interestingly, this happens most readily for what I’ll call the “primary” emotion categories: happy, sad, and angry. “Frightened” tends to be a much more difficult emotion to induce, as fright tends to stem from feeling threatened in some way. Video games and other media put us into an interesting place where we are “virtually” in a dangerous situation, and because of our empathy with the main character may feel threatened, but we also know that we ourselves are not in real danger.

So while we may feel what is called “heightened arousal” (like increased heart rate), because we are sitting in a safe environment, we might not label our experience as clearly “fright.” After all, an increased heart rate and butterflies in the stomach can either be signs of excitement or signs of fright, depending on what else is going on.*

As an example: when I hear “Night on Bare Mountain,” I know for a fact that my heart rate goes up, which can be a sign of fear. And, yes, in a way this piece makes me feel uneasy because I am having a physiological reaction to it that puts me outside of my usual state of being. And yet I don’t feel particularly frightened listening to this piece, even though I know that is the primary emotion it is trying to convey to me, and so instead I’ll interpret my reaction as “excited” rather than “fearful.”

The best music by itself can hope for is to raise our physiological arousal and strengthen the negative valence of the emotion. What this means is that you might feel an intense, negative emotion, and then look for other context clues to determine what type of negative emotion it is: is it anger? Fear? Sadness?

Luckily, certain auditory features (sounds) are specific to “scary” music (versus, say, angry music) and, in the case of video games, there is an added visual and (sometimes) emotional component to ensure the proper “fear” cues are being provided. The music just needs to step in and make it worse.

This isn’t to say that the music’s job is just the icing on the cake, though. We are actually hardwired to think certain sounds are unnerving and scary, and they will creep us out when we hear them. And as it turns out, some scary sounds are universal.

Some research has suggested that certain sound, both musical and non-musical, are responsible for giving scary music its frightening twinge. From a non-music perspective, we – as mammal – are hardwired to find harsh, unpredictable, and otherwise non-linear sounds and unsettling and stressful. The reason these three particular elements (harsh, unpredictable, non-linear) are so meaningful and alarming to us is possibly because those are the types of sounds we produce when in stressful, dangerous situation. To put this another way, it reminds us of “alarm” sounds like screaming or crying, which are harsh, not rhythmically predictable, and chaotic, insofar as the sound is not controlled like during speech or singing. 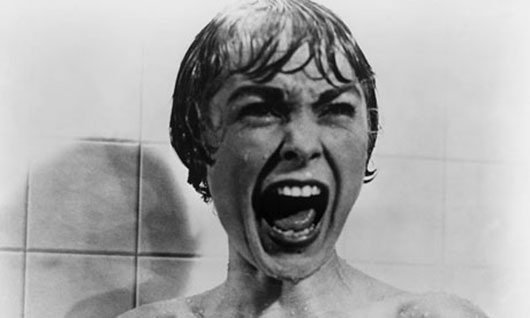 Music can be manipulated to mimic these elements, but music elements themselves (e.g., tempo) can be organized in various ways to portray distinct emotions with relative accuracy. Research has shown that tempo (speed of the music), articulation (how short the notes are), frequency (how high or low the notes are), and volume are the elements most often manipulated when trying to convey (or induce) fear in a listener. In more laymen’s terms, dissonant sounds (notes that “clash” with each other) are often used to create unsettling moments, and we as a society have also been conditioned to find certain types of chords to be more “negative” in emotion than others. When all of these elements come together, we get a piece of music that, at the least, conveys fear and, at the best, begins to make us feel a little scared.

To put it another way, in order to scare us, the best music taps into something more primal in us.

Armed with this new knowledge about the sound elements necessary to produce a “scary” song, let’s take a look at some examples and see what they have to offer.

“Shadow Temple” from Ocarina of Time

This particular piece pulls out all the stops when trying to make itself sound frightening. The notes of the piece are reminiscent of human moans or wailing, often starting on a higher pitch and sliding down to something lower. The rhythm in the background also is pseudo-irregular, with the “downbeat” (the beginning of each measure or, in this case, rhythm pattern), being empty in favor of the drumbeat falling slightly off where you would usually tap your foot. It creates the illusion of being irregular, one of those things that people naturally find disturbing.

Like in “Shadow Temple,” this theme in Super Metroid provides an illusion of irregular beats via its use of syncopation, with the driving rhythm in the background sometimes falling on the beat (when your foot would tap the ground) and sometimes off the beat, creating an unnatural pattern that puts us at unease and gives the piece a bit of an “unpredictable” feel, even though the song itself is fairly repetitive in nature. The notes used are also high are harsh and screeching (for a 16-bit composition), which is a fairly common staple in music meant to convey fear – think of the violins in the famous shower scene in Psycho.

This piece plays on our music associations to convey is emotion. The opening two notes repeat their pattern, until it presents a slight variation on itself. The types of instruments used have a timbre (pronounce TAM-bor and meaning the acoustic features that identify the instrument – like how a violin doesn’t sound like a flute because they have different timbres) that we have associated with horror, mixed with an industrial crunch. The long, sustained notes lend an ethereal quality, and because of the lack of traditional “notes” used in the music, we’re left wanting to find patterns where there aren’t, making us uneasy.

And speaking of not finding patterns…

Remember when we talked about the uncanny valley? Well, just like how we are very good at knowing what people are supposed to look like, we are also very good at knowing what sounds are supposed to sound like, specifically when it comes to music in whatever our cultural tradition is. This theme in Super Paper Mario just sounds “wrong,” and part of that is because it has a very distinct “played backwards” sound to it, which means that the notes are not presented in conventional ways, sounding dissonant and therefore unsettling to our ears.

The pitches are high, and none of the notes “make sense” with each other. Additionally, the piece uses sound effects of indistinct talking – but not indistinct like off in the background. Again, there is something “not right,” and as our brains search for patterns in the familiar sounds of “oh, that’s a human voice” we are left with the beautifully awful juxtaposition of instinctively picking out the “familiar” elements of hearing a human voice and thus making ourselves aware of everything incredible wrong with it.

This piece falls into the uncanny valley of sounds.

Of course, this doesn’t even begin to talk about the use of silence to build tension, such as in a game like Grim Dawn or even Metal Gear Solid, which suddenly rip the music away from you at key points to either accentuate how alone you are, or to signal that something is not quite right about what’s going on. After all, music is comprised of not only notes, but of silences, and when used effectively, silence can be powerful.

Of course, like with any art medium, each person’s reaction to the pieces here will be different. For some, these pieces might induce an uneasiness that we interpret as fear, or at the very least unease (since we’re probably not in a virtual or physical situation that is dangerous). For others, they might not, and yet you are clearly able to identify the emotion these pieces are trying to convey. In either case, it’s the way the music elements interact with each other, and the primal responses they invoke, that make both of these reactions possible.

There are of course other wonderful songs out there in games that try to capture fear, like “Light and Darkness” from Twilight Princess, the Giygas theme from Earthbound/Mother 2, and “Graveyard Moon” from Shadow Hearts, and many others. I’ll challenge you to determine what it is that might make these pieces frightening.

Is it the speed? An irregular beat? The use of sounds reminiscent of wails, screams, or other primally “warning” or “frightened” sounds? Or something else?

What do you think? What is the scariest piece of music you’ve come across in a game? Did it make you feel scared, or were you simply aware that the music was “supposed to be scary now”? Do you think it’s possible to detach from actually experiencing these types of emotions during a game? Let me know in the comments!