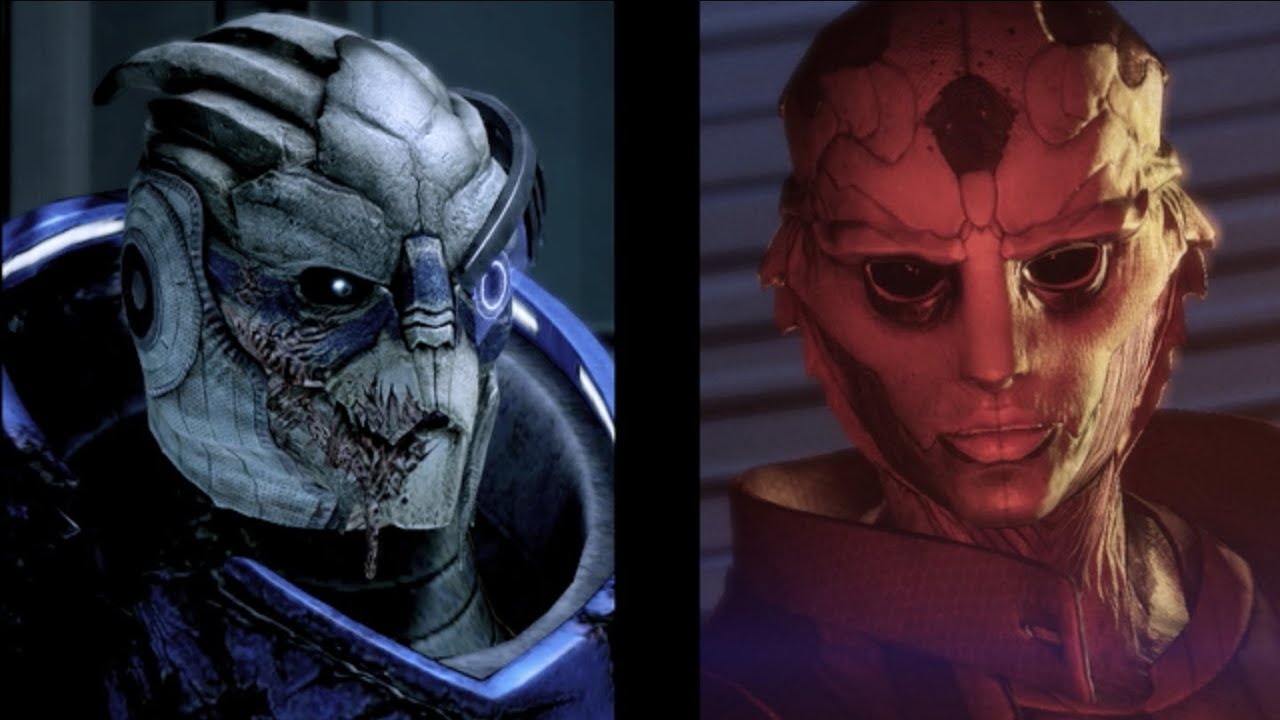 Oh. Well maybe it’s not as easy as I thought.

Garrus is obviously a strong candidate, because he’s Shepard’s bro through the entire trilogy. As a romance option he’s kind and considerate toward Shepard, and, although I can’t quite see the physical attraction to a guy that looks like a cross between a bug and a cat, he’s always there for Shepard, even when she’s working for Cerberus. Maybe he realizes she needs people she can trust watching her back.

Tactically, it’s also possible to level Garrus so he is a god of war and destruction. In this case, the Reapers may have the geth, but Shepard has a Garrus. And their last conversation before the final push against the Reapers actually made me tear up a bit when they were talking about getting a drink at the bar in Heaven, as long as turian and human heaven were the same place.

Of course, when it comes to Thane… I love Thane. He’d be the kind of guy I’d love to just sit around and have a philosophical discussion with. Thane falls into Shepard’s life as he’s actively dying and Shepard is recovering from actively being dead, and I always got the feeling that this was something they really bonded over, although neither really talked about it.

I suppose if I’m going to talk about him as a romance option, I should make a comment about his looks since I took that shot at Garrus, so I suppose Thane looks like a cross between a parrot and a lizard. But my Shepard may or may not have loved him anyway. I guess there’s really no accounting for taste? As a companion, I loved going out with Thane, even though I often play as a rogue character, because he was such a badass, really. If he was on my team, we won. Like, it was scary how well we worked together.

Oh, and don’t even get me started on what happens in Mass Effect 3. Never has a video game character made me cry the way Thane did in that game. I mean, seriously. It’s almost more poignant if he and Shepard weren’t in a relationship, because his only thought was to pray for Shepard. Not himself. Not his son. But his friend.