Mass Effect Month, Day 9: Who is your favorite character to romance?

*cries and runs from the room*

Seriously, how can you make me choose?

Jack is surprisingly sweet under all that sass, even to an un-romanced Shepard (the little hopeful nod she gives when she asks, “Shepard? Is that you?” when Shepard calls her during the final battle is adorable), and Miranda is a complete ice queen, again, until you get to know her.

Liara, of course, carries a torch for Shepard even if she’s not romanced, and their relationship is one of the most developed of the games. I really liked how the dialogue reflected how long the two knew each other, and I think the devs knocked it out of the park in regards to portraying a “long” relationship (for a video game). Liara doesn’t take crap from Shepard, and isn’t afraid to ask for what she wants, even as her heart is probably demanding she abandon all logic. 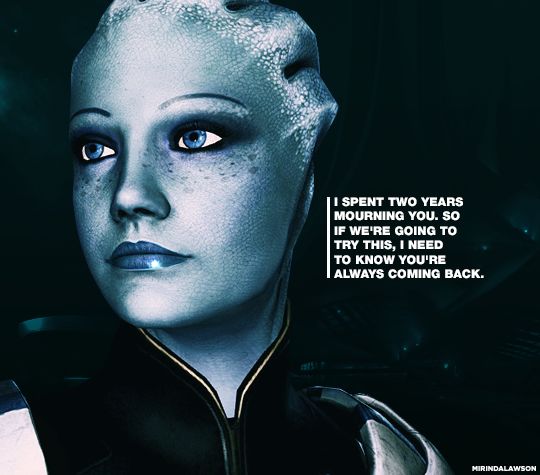 But poor Liara unfortunately made one little mistake that reminded me a little too much of my overly controlling ex, and so poor Shepard stayed with her because I was trying to role play as “not myself,” not because I personally was enamored with her, although I do think they make a cute couple and I do ship them, all my issues aside.

So… who is my favorite romance?

Thane Krios… I just love him. And for a guy to be on my list, that’s really saying something about him. You know, I never understood how folks could go for Garrus, who looks like a cat mixed with a bug, but I can almost almost get it when I compare it to Thane. I have no physical attraction to this guy. Zero. None. And when I have the option to play as a homosexual character, you bet I take it. And sexual orientation isn’t a choice. And my Shepard was gay. And if she had ridden off into the sunset with Thane, I would have been the happiest person and would have run after them throwing rose petals at them and singing love songs or something.

That’s how much I love Thane. And I love the two of them together. I really do think that the each provide something the other is looking for.

But see, then it’s complicated. Because Thane *mumble mumble spoilers* so riding off into a sunset isn’t exactly something that can happen.

So, my canon soul-mate for Shepard is actually…

Well, do I really have to say it?

Again, BioWare does a great job portraying the relationship, this time the dizzying, lighthearted, and playful beginning of a relationship while still underpinning it with a meaningful connection. Samantha’s the only one – it appears – who seems to not only care for Shepard, but wants to take care of her and doesn’t ask her for anything but her love in return. 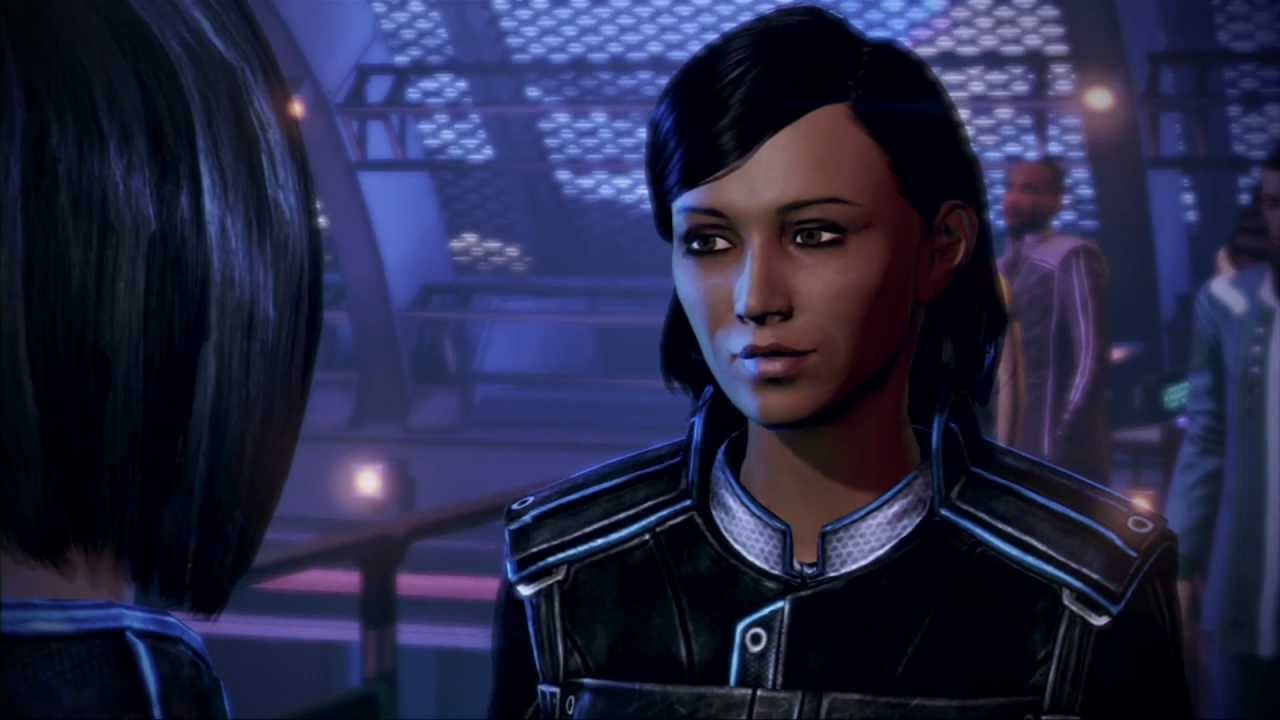 I only wish she had been in the first or second game. I would have loved to see how their relationship developed over time. As it was, seeing her just be so playful and cheeky with Shepard was really delightful, and if you clicked that link above you know that I loved how so much about her was portrayed subtly but firmly.

Okay, okay, I know. I’ve been ignoring Andromeda. But I only had time to romance one (and a half, if you count a PeeBee fling) person, so she’s my default favorite romance for that game (although she’s pretty great even as not a default). Dr. Suvi Anwar. I mean, she’s like Samantha Traynor and Leliana rolled into one person so… yeah what’s not to like?? But seriously, she’s kind and smart and is a great foil to awkward Ryder. Again, I would have liked to have seen more of a relationship between the two, but that’s what you get for romancing the folks who stay on the ship, I suppose… 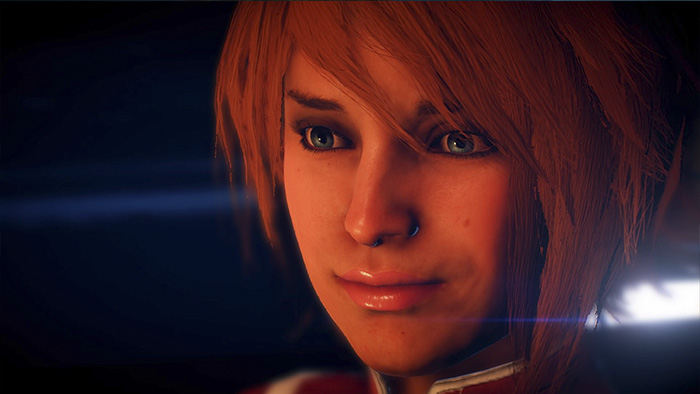 I had a comment a few days ago about the homosexual options being relegated to “crew mates only,” meaning there were fewer interactions and dialogue options. While I will say that, yes, this is true, personally I look at it as “baby steps.” I want to praise BioWare for being progressive, not complain at them for not being progressive enough when – let’s be honest – they’re leading the charge when it comes to representation.

But that’s a topic for an entirely different day.

What about you? Who was your first and/or favorite Mass Effect romance? Let me know in the comments!