What is the most unexpected visceral reaction you’ve ever had to a game?

My immediate thought was my reaction to RiME, because, while I would imagine many people had a reaction to realizing what was actually going on, I have a particular soft spot in my heart for child-father relationships in media, especially when it comes to that particular type of event. So that was a tough one. I also played the first few hours of Horizon: Zero Dawn (before Year of the RPG!) and… well, there’s a particular scene between Rost and Aloy when Rost saves her and… yeah I wasn’t expecting that, either, and had to take a moment to collect myself.

Oh, and I wasn’t expecting to cry buckets over a certain drell…

But one thing that these all have in common is that they all, in some way, relate back to sadness, which is an emotion I’ve also felt at the hands of books and movies, so while in the moment it was unexpected, it wasn’t really an unexpected reaction to a piece of media.

No. No, that traumatizing trophy goes to Hellblade: Senua’s Sacrifice.

All joking aside, now. I was raised Catholic, and every week we went to Church and were greeted by an image of Jesus hanging on a cross. 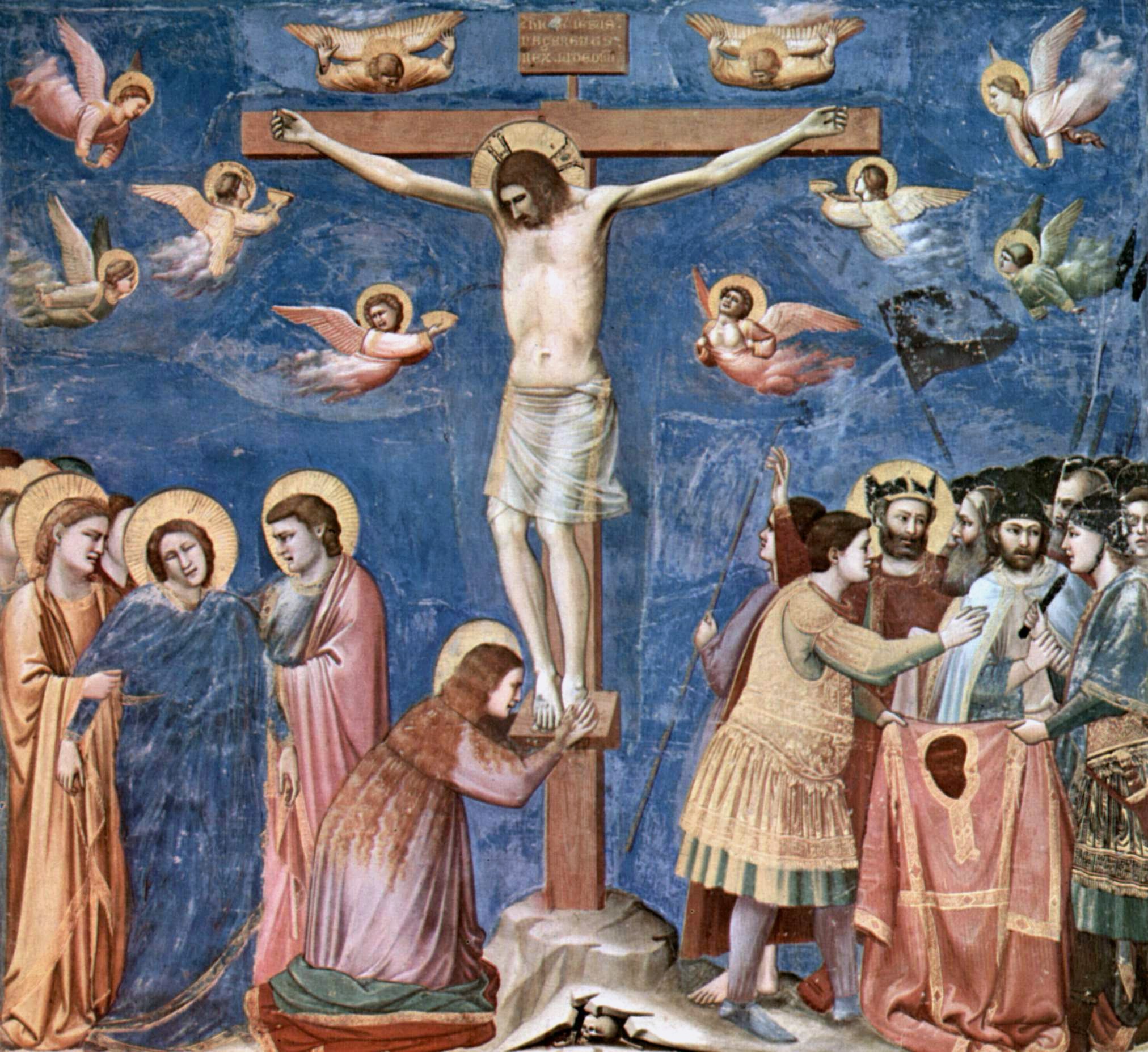 Just so you know, we’re about to get graphic so… be warned.

I saw it so often that I was completely desensitized to what that cross really was in an historical context, until a priest (years and one parish switch later) made the following comment: “Imagine if your friend asked you to go to his place of worship, and you went, and there at the front of the building was an electric chair.” A dark murmur went through the church. “Yeah, you’d wonder where he had taken you, right?”

(For anyone interested, the point he was trying to make was that the Catholic faith (or, I suppose, the entire Christian faith) isn’t about the death of Jesus (symbolized by the crucifix image we all know), but rather his resurrection/conquering of death. It wasn’t so special that he died, but that he rose from the dead. Which, if you really look at the religion, makes sense).

At any rate, it was the first time I thought about crucifixion as what it really was: a method of horrendous torture and execution, designed to torment people for days on end until they finally died of thirst and exposure while tied naked to a few planks of wood. I had heard the idea that the fact that the Romans had nailed Jesus to the cross had actually been merciful, as he would have bled out in a few hours, rather than die over a few days, crushed under his own weight as his muscles weakened and he was no longer strong enough to draw breath. The thought turned my stomach, to say the least.

And, to be candid, as someone with asthma, the thought of not being able to breathe is a terrifying one.

Yes, I took a picture. I was so horrified that I wanted to be able to desensitize myself to it. I haven’t reached that point, but I realized that maybe I don’t want to.

Maybe I should maintain that sense of sudden, awful revulsion at the knowledge of what these people – had they been real – would have gone through. The revulsion that someone else was okay with treating another human like that.  And the fact that it wasn’t the familiar, “friendly” image of a man nailed to a cross (no, I can’t believe I just typed those words, either) made it that much worse. This was not an image of a god in quiet repose despite the horror of his manner of execution. No, this was an image of two people, bloody, tortured, and dead, left to hang as an example.

What struck me was that I’ve seen slasher films – I don’t particularly like them because I find the blood and gore gratuitous – but I don’t usually react with such stomach-turning revulsion. I roll my eyes, maybe feel a little sick, and move on. But there was something about this image that just stuck with me.

It just disturbed me in ways I was not expecting. When I played through the game again, I carefully avoided exploring in this area, and used a walkthrough for the remaining runes so I’d have warning in case I was going to be traveling to another room like this.

I’ve never been so disturbed by an image.

It’s fascinating, really, what disturbs us. It makes me wonder if there are certain archetypes that are universally appalling, or if each of us is repulsed by things that  trigger us individually in specific ways.

What do you think? Are there certain archetypes that bother all of humanity, or are we taught by our culture what to dislike? Or are we driven by our own experiences and fears? Have you ever played a game that unexpectedly evoked unpleasant feelings? Did you keep playing the game? Let me know in the comments!