Welcome, my friends, to the future.

Unfortunately, I haven’t seen any flying cars or self-cleaning dishes, and I don’t appear to have a way to plug myself in so I can reduce how many hours I need to sleep. We haven’t digitized human memories or unraveled the self-conscious.

With recent news about Facebook storing and selling data that we happily gave it, there was understandable outrage. But then another small detail came to light: we hadn’t just given our information, but had been so excited to use this new shiny toy that we didn’t read the fine print and agreed to let it delve into our personal data and use it in any way it saw fit.

I suppose trying to sell me a Playstation because I looked up a certain game is seemingly innocuous, but what happens when our online experiences become too tailored and too curated? What happens when political ads can be show to the right people, and propaganda can be selectively shown to the people most likely to believe and propagate it? 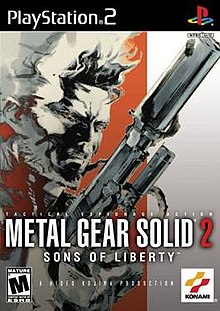 In 2001, Metal Gear Solid 2: Sons of Liberty was released, and  it was the most mind-bending gaming experience I had ever been a part of. The twists the story took were unexpected – especially between the Tanker and Plant missions – and the subject matter seemed serious and yet somehow still fantastical.

Besides the fairly obvious anti-war message that floated around on the surface, the overarching idea of the game is that there is a shadow organization called the Patriots who is trying to gently control the course of human development through manipulating the way information is preserved and presented to humanity at large.

While at face value, this seems like a horrifying thing, the artificial intelligence that represents the Patriots makes a fairly compelling argument in favor of this. He cites memes…

Unlike the pictures with funny captions that we know today, a meme is a term coined by ehtohlogist Richard Dawkins (the guy in the image above) to mean a small bit of intellectual information that can be passed on to a future generation. It is the thought equivalent or the Mind equivalent, of a gene.

Basically, what the AI says is that, once upon a time, certain memes would die off if they weren’t adopted by the collective societal mind, the same way certain gene would die off if not chosen to be passed on. But in today’s digital world, in which anything one says online can be preserved forever, no idea, no matter how insulting, stupid, or otherwise atrocious it is, can be passed around and preserved forever. The AI’s argument is that this total preservation is slowing down evolution of the species, as the natural pruning of unhelpful ideas is slowed. 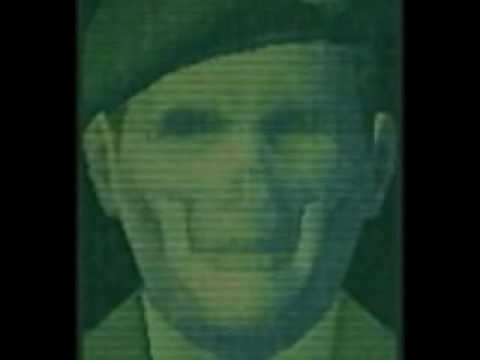 And maybe, taking a look at the state of things now, 17 years later, it’s possible that it had a point.

It’s hard to talk about the preservation of incorrect or harmful ideas without talking about propaganda and other divisive speech that occurs through racism, sexism, classism, and all the other -isms that are out there. But it’s captured very well in two small words that have somehow not only appeared in our vernacular but have horrifyingly stuck around.

Sure, the phrase is catchy, and some people have used it as a tongue-in-cheek way to call something a lie, but that hasn’t stopped the actual “alternative facts” from being spread, passed around, and preserved as facts. Some of those “alternative facts” have popped up in an attempt to sway the public’s mind about political or social issues, to the point where the election of the United States was influenced by a deluge of alternative facts passed around in a carefully orchestrated propaganda attempt.

Please note, this is not a comment on collusion or anything else. However, ads that spread false information exist and were passed around the internet. Even now, a simple browser search can pull them up.

What I find so fascinating about this is that, in Metal Gear Solid 2, the Patriots are able to manipulate the media and technology in order to subtly alter the course of events to suit their purposes. While I don’t think that there is a comparable group that exists in real life, the fact remains that those who can manipulate what we see and how we interact with technology can influence how we perceive our world and how we interact with our world, too.

Even more chilling is something that the Rose AI says to poor Raiden:

“Everyone withdraws into their own small gated community, afraid of a larger forum. They stay inside their little ponds, leaking whatever “truth” suits them into the growing cesspool of society at large.”

“…No one is invalidated, but nobody is right.”

We have seen this on the internet. Some call it the internet hive-mind, but look on any social media site, from Facebook to Tumblr to Twitter to Reddit and anything in between, and it’s easy to find like-minded people finding each other, validating each other, strengthening the “us” definition, and then lashing out at anyone perceived as a “them.” We’ve seen it with politics, with GamerGate, with civil rights issues, and with any other topic that can have strong opinions posed about it.

Within this great technological machine we have built for ourselves, each person is given immense power. We can spread our views across the world and reach people we have never met in person. Take a look even at this blog; how many of you trust the things I say? I’ve read comments that people have made about how they feel like they’ve learned something after stopping by, and that’s great.

I take that seriously, and try to be as objective and accurate in my words as possible. But I also don’t have much of an agenda I’m pushing, other than I really really want to talk about video games and their effect on people with other people

As we all know from Spider-Man, with great power comes great responsibility. As each person has so much power, it can be used for good, bad, or neutral. It can distract from real issues, divide people where they might have been united, and put alternative facts where there was once objectivity. It truly becomes easier for a single person – or a single idea – to manipulate and, perhaps permanently, change the world.

Back in MGS2, as the AI continue to berate Raiden, the Colonel makes the comment that these unfiltered and untested ideas will never fade, never become weaker. Just as our advanced in modern medicine have allowed diseases and other debilitating conditions to flourish in a perverse twist of intention, so has our advances in technology begun to drown us using that thing we all want in our lives: choice.

In a world where one can choose “which facts” to believe, can we say that we are truly free?

There is an idea that is floating around popular culture that says that the more options a person has, the happier they are. Overall, this is not true.While there are many factors other than “too many choices” (e.g., having 30 flavors of ice cream to choose from is not always overwhelming), when there are many options, people actually become more stressed and more unhappy. When people need to reach psychological equilibrium again, I hypothesize that they go for what is more appeal, or easiest, to understand.

But what does this have to do with freedom, Metal Gear Solid 2, creating context, and being controlled by technology? A few points:

The Colonel tells Raiden that anyone can be molded into anything, given the right information. In each of these instances, we have used technology to influence the way we think about our reality and existence. In an internet full of choices, from what to read, who to trust, and how to interpret things, it’s often easiest to simply fall into old habits and follow the people who already believe what we believe, and who “know” what we “know.” And because of that, it’s even easier to manipulate how we think and act, given a little knowledge about human behavior.

So is this what freedom is? Is this how humanity moves forward? Are computers, as the Colonel asserts, really the best way to save us from ourselves, or do we simply open ourselves up to being controlled and manipulated, but this time by an unfeeling algorithm?

We may be imperfect, we may all create our own realities and decide what memes to pass on to our children. It may not be a perfect, algorithmic system,but our messy way of doing things had a purpose, as Solid Snake asserts. Like everything in nature.

At what point do we stop blindly relying on technology, and start relying on our own brains again? Have we passed a point of no return?

Maybe we don’t need overlords. Maybe we already have them.

What do you think? Have all those science-fiction writers who have warned about the dangers of technology been on to something? Was Metal Gear Solid 2 ahead of its time, or just some propaganda rag? Am I understandably concerned, or overly-alarmist? Let me know in the comments!