Sometimes, it feels so good to be bad. And with the shiny and new Black Sheep edition of Blogger Blitz, brought to you by the amazing Ian from Adventure Rules, this paragon has a chance to see if Gypsy Rose was right: “When I’m good, I’m very good, but when I’m bad, I’m better.”

Round One is finally here, and today’s lineup is…

Wait, what? You mean I have to face off against one of my best friends? Well that doesn’t seem cool….

But this is what I mean when I say that sometimes it’s so good to be bad. Instead of facing off against each other, LightningEllen and I took a bit of a different approach. So definitely head over there and read her angle, because we are villains unconstrained by rules.

So it’s Marjolaine vs. Bowser. Orlesian bardmaster versus a Koopa king with perseverance. Who will prevail against the horrors of Totalitarian Tea-Time?

The guidelines are as follows:

“There’s no battle more heated than the witty barbs tossed across a table where tea is being served. Our evil heroes are hosting a tea party for the other neighborhood villains, but their fiercest rival is present at the party to undermine them. The battle for social control is complicated by the fact that every sentence of conversation drains your stamina bar. While the competitors can only restore conversational stamina by focusing on making their tea, the rival has purchased the Enhanced Male Performance DLC and now has unlimited stamina for the party. Is that the only paid DLC they’re using to get ahead? Can our antagonistic heroes still prove themselves socially superior?

Note for this event that the “fiercest rival” mentioned in the prompt does not have to be the opponent of the match, though it can be. Just know that for the purposes of Blogger Blitz canon (PS, there isn’t such a thing), if you put your opponent in your post and they end up winning, whatever you wrote is gonna be reframed or retconned in the results post later. All powers and abilities are legal, of course, but remember that all actions – even social ones – take stamina and the only way to get it back is to focus exclusively on making tea.”

And with that, we’re off to pour the tea.

But how can a villain win, when they are literally programmed to lose?

Marjolaine smiled and sipped her tea. It was so nice to be back in Orlais again. Ferelden did, indeed, smell like wet dog. She surveyed her companion across the table. Bowser, he said his name was.

“King Bowser! Bwahahaha!” he had said jovially, slapping her on her shoulder with a force that made her knees buckle. She had sent him a glare, but the overly-large turtle thing had been oblivious to it and instead invited her to sit across from him at the ornate table in one of the upper apartments of the Winter Palace. 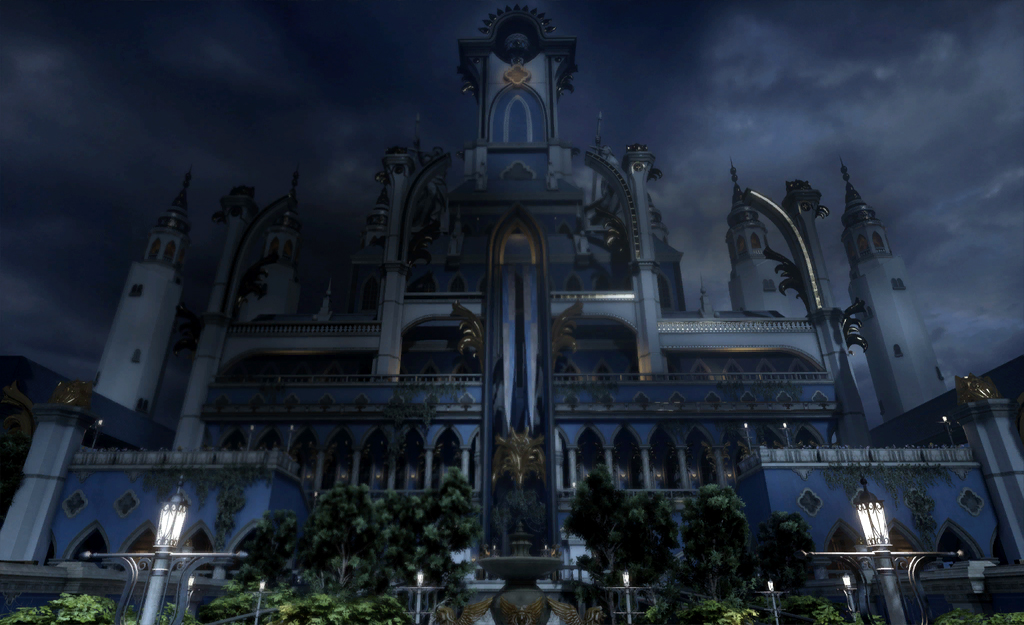 She shook her head. How the turtle had acquired such a prized Orlesian property was beyond her, but maybe he was more nuanced than he looked. Her eyes narrowed thoughtfully.

Sounds of windows breaking was accompanied by a male voice shouting, “Whoa!”

“Who is this?” Marjolaine asked, rising in surprise.

“And Peach,” the blonde woman next to him added. 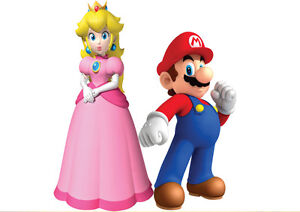 They all spun around to see Bowser jumping up and swiping at a bar that had appeared above his head. It was filled with what looked like green liquid.

“What is it?” he yelled. Some of the green liquid disappeared and Bowser shook his head a little, as if disoriented. “What??” A little more disappeared.

“Stop talking,” Marjolaine said sharply, her eyes on the meter above him. A small popping noise above her caused her to look up. There above her head was a similar bar. Her eyes narrowed.

“Well, this is not what I expected.” 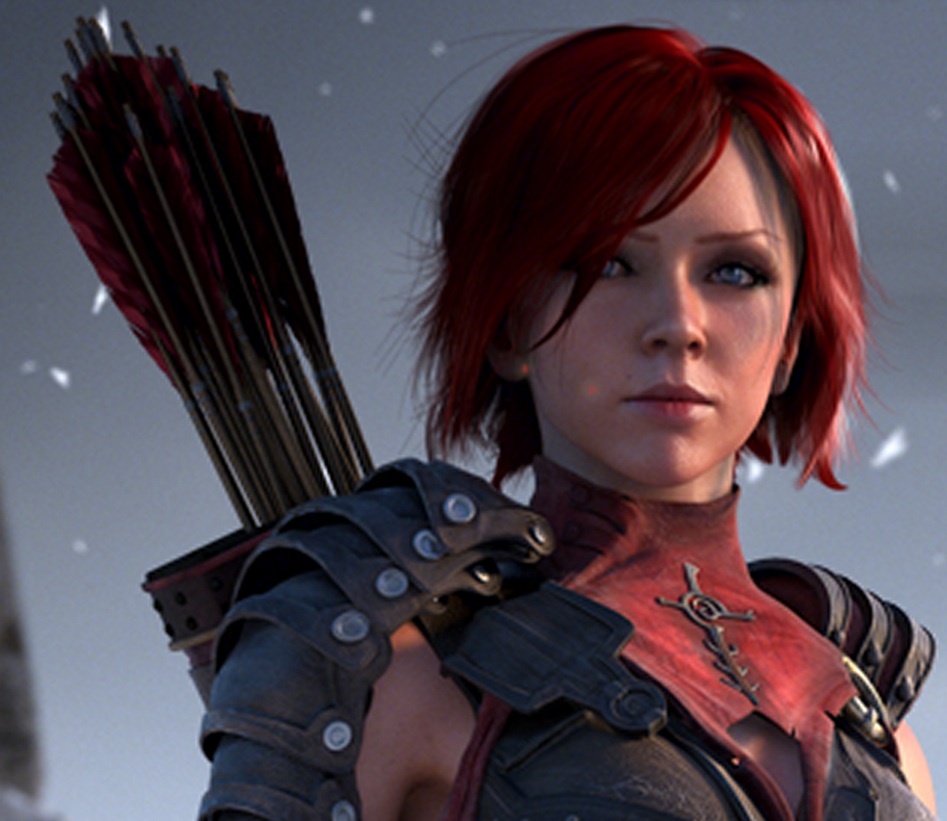 A red-haired human entered through a nearby door. She took in the Winter Palace, Mario, Peach, and a poor giant turtle-looking thing still pawing half-heartedly at the stamina bar above his head.

“Who is she?” Peach asked. Mario glanced away nervously.

“I-ah… I-ah spent some-a coins on-a some DLC…” He made a gesture at the castle around them. “I-ah thought ‘Winter-a Palace’ would-a be a new snow-a level.” He glanced at the other human who had just appeared. “I don’t-a know who she is…”

Peach looked at the redhead suspiciously.

“What are you all doing in my castle? Ow-ow-ow-ow-ow…” Bowser held his head as the stamina bar emptied even more.

“Your castle?” the redhead asked with the smallest frown.

Marjolaine watched the scene unfold from the shadows. She wasn’t sure what the green bars were for, but they seemed to be causing the turtle king pain… And she had one over her head, now, too. And now Leliana – one-time lover, employee, and betrayer – was here. She decided to strike first.

“Hello, pretty thing,” Marjolaine said, stepping out from the shadows. She managed to hide her wince before it happened, but she knew that some of that green bar above her must have just disappeared. She nonchalantly stepped toward the banquet table and picked up her abandoned teacup and sipped from it. Instantly, her headache disappeared.

“What company you keep now, pretty thing!” Marjolaine said. The headache returned, but she dared not drink and give something away. “A…” She frowned in the direction of Mario, Peach, and Bowser. “A princess, and a laborer? Did you grow tired of your elven Grey Warden champion?”

Leliana’s eyes narrowed. “Is that all you have? You are losing your touch, Marjolaine.”

Bowser stomped over. He squinted at the women before his eyes settled on Leliana’s red hair. “You don’t look like Pauline…” He rubbed his eyebrow as another bit of green fluid disappeared from the bar over his head.

“Pour yourself some tea, little dragon,” Marjolaine said pleasantly. She added sugar to her tea and stirred it. “I find it most helpful in these situations.”

Marjolaine shoved the tea into his clawed hands before picking up another cup for herself. The short laborer was still looking around, the man with his mouth open in surprise. The blonde was glancing between Leliana and the man next to her. Marjolaine suppressed a smile.

“The Mushroom Kingdom,” the blonde supplied. Whatever Marjolaine had expected, it wasn’t that.

The short man missed the barb, and Marjolaine took the opportunity to sip her tea idly.She glanced up and saw the green bar filling as she drank her tea. She smirked. Child’s play.

“She is beautiful, no?” Marjolaine asked, seeing the blonde once again follow Leliana with her eyes as she spoke with Bowser. Another little headache, but she pressed her point. “I believe her name is Pauline.”

A flutter of anger passed over the blonde’s face. She shot a glare at the man next to her, who was now examining some of the flowers in a nearby pot. Marjolaine addressed him next.

“You said you… paid for this palace?”

“Yes. A little-a misunderstanding, I think?” He did a double-take when he saw the blonde’s face. “What?”

“Did you pay coin for her as well?” she asked with venom.

The blonde pointed across the room. They all ignored a woman’s voice squeaking the words, “A nug?”

“I… I suppose-a she came with-a the castle…”

Marjolaine stirred her tea. “How convenient,” she said to no one in particular.

“Mario! How could you! First New Donk City, now this?”

Marjolaine sipped her tea as she heard a crash behind her, followed by the loud “bwahaha” laughter of the turtle king. The green bar above her head disappeared.

“That’s it, Mario! If you want any more cake, you go talk to Pauline!” And with that, the blonde stomped out of the hall, with the man named Mario following after her and stammering out an apology. Marjolaine turned and smiled at Bowser. His green bar had disappeared, as well.

“I think this is the beginning of a beautiful relationship, my little dragon.”

A light cough from behind her caught her attention. She turned and saw Leliana standing in the doorway, looking disheveled.

Because it’s not over, Leliana… not for us…