A while ago, I played through the fantastic Hellblade: Senua’s Sacrifice. It was so good, it became a contender for one of my favorite games of 2017 and one of the more memorable games I have ever played. In the Hellblade’s Interesting Case post, we briefly discussed Senua’s mental health issues, particularly the most noticeable ones: her hallucination, and which parts of her experiences were real/pre-symptoms and which ones were symptoms of her nameless mental illness*.

Most people take a look at her hallucinations and immediately think of one particular psychosis, but there are a surprising amount of diagnoses that could have caused Senua’s visual and auditory hallucinations. Let’s take a look at some differential diagnoses and see if we can figure out what might have been causing Senua’s reality to bend away from the agreed-upon norm.

Differential diagnosis: a process of processing through or differentiating between two or more conditions that may present with similar symptoms.

Hallucination: the apparent experience or perception of something that is not present (example: hearing footsteps behind you when there is no one there)

Delusion: an idea or belief that is held and maintained, despite contradiction by what is generally accepted as reality by the population at large (example: believing strangers can hear your thoughts if you look at them)

This is probably the diagnosis that everyone thinks of when it comes to hallucinations, and with good reason. Schizphrenia’s hallmark symptom is the experience of hallucinations or delusions.

Schizophrenia is a psychiatric disorder that can affect men and women of all ages, but usually begins to manifest in men in late teens and early 20s, and in women in their 20s or 30s. It manifests with a number of “positive” symptoms (sensory experiences that are added to a person’s life) and “negative” symptoms (symptoms that take away from  a person’s life).

Negative symptoms include disorganized speech or thinking (e.g. making up words or putting together sentences with random words), social isolation, difficulty with making and executing plans, and a lack of emotions or expressions.

Diagnosing Senua: She experiences hallucinations and delusions, for sure, with her obvious auditory and visual hallucinations first in everyone’s mind. She also has a delusion that she is able to walk to Hela’s domain and bring a person back to life. (No, I am not commenting on whether this is a religious belief or not). 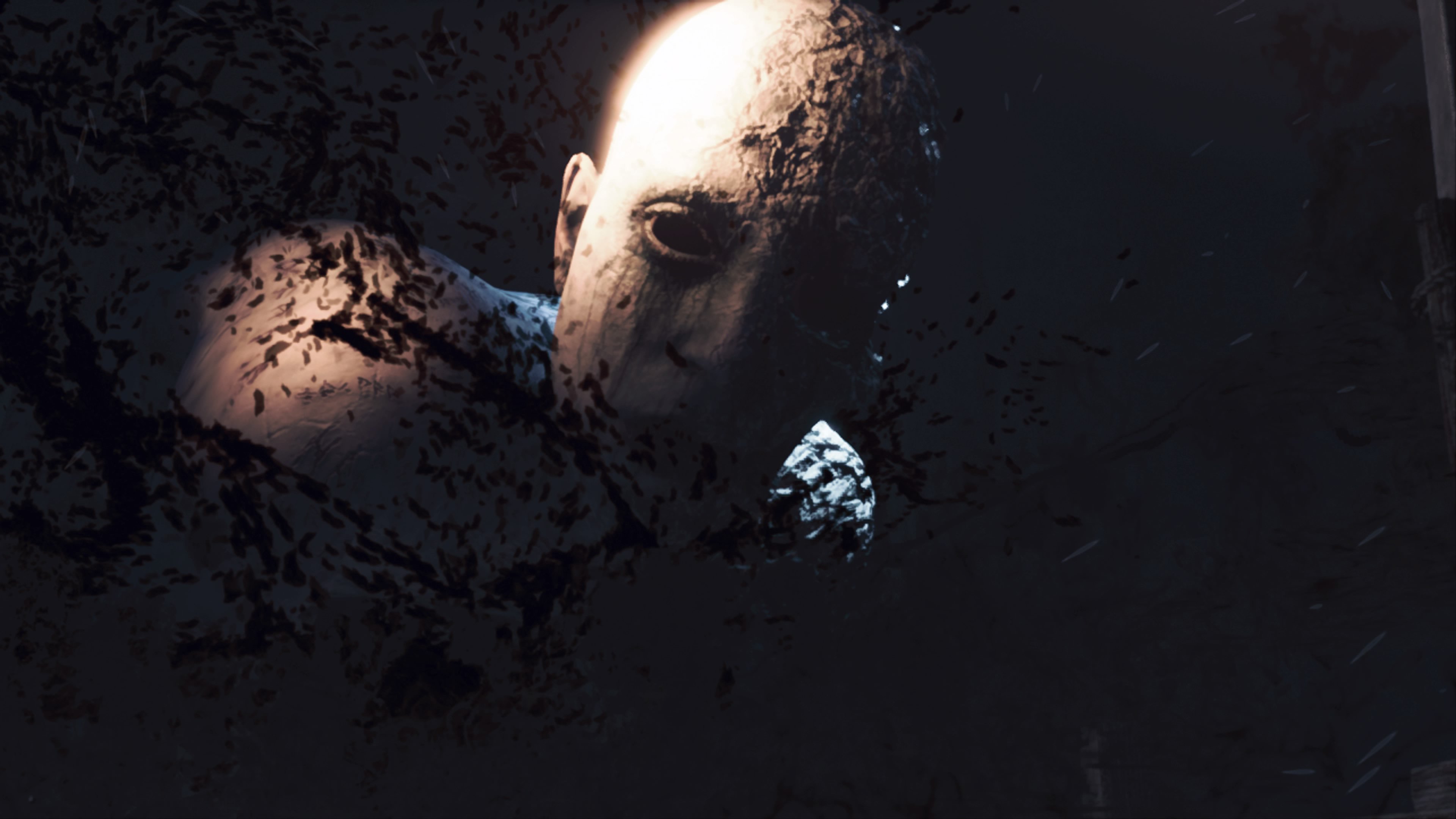 However, Senua does not appear to have trouble speaking, making or executing plans, or have trouble with her motor coordination. She also appears to have no problem emoting, so while her symptoms may be based on the hallmarks of schizphrenia, the way they are presented indicates that, perhaps, there is something else going on.

Schizophrenia’s little brother (yes that is a joke), schizoaffective disorder has symptoms of a mood and of psychosis, meaning that the person may have the “lost touch with reality” symptoms of psychosis, but also episodes of mania, depression, or both. It is less common than schizophrenia, and there is less known about it, and it affects about 0.3% of the population (at recent estimates).

Schizoaffective disorder has many similar symptoms to schizophrenia, with the added layer of mood disorder on top of it. When being diagnosed, people generally need to be displaying at least two symptoms, one positive and one negative from the list above.

For our purposes, the defining difference is this presence (or not) of depression, mania, or both.

Diagnosis Senua: With the addition of a mood disorder, these symptoms begin to fit more with what we know of Senua’s past; it’s very possible that she has mood disorder/depression symptoms, including feelings of guilt, hopelessness, and sadness.

However, she continues to not exhibit the poor planning abilities (even though her plans are based on delusions), nor presents motor difficulties often seen with the schizo family of disorders. In this case, we may have to rule out this family of disorders, as there are other potential causes for her hallucinations and delusions, some of which might not be quite as permanent.

Having a seizure is a traumatic experience for a brain; it is basically an electrical storm that zaps your neurons in an overloading way (to say the least). Untreated seizures can have long-term negative consequences. While most people will picture what was once called a “grand mal” seizure (yes, that means “big bad”) with the stereotypical convulsions, foaming, and loss of consciousness, there are many other types of seizures that can occur. Presentation of symptoms is dictated by where in the brain the seizure is occurring.

For instance, absence seizures (what used to be called “petite mal”) usually result in a blank stare, and a small repetitive movement. Clonic seizures cause jerky head and neck movements, whereas atonic seizures may cause muscle weakness and cause the person to fall. 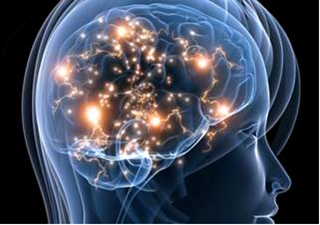 In all cases, a person might experience a change in their perception of the world: seeing auras, smelling odors or tasting odd things, or changes in tactile (touch) experiences.

Diagnosing Senua: While people with seizure disorders may experience what might be considered hallucinations, such as seeing auras or hearing things, they are not usually complex visions like gods or monsters or breathing skulls. Also, Senua does not appear to lose awareness of her surroundings, which all seizures cause.

I mean, it’s possible, right? Drug use and severe physical illness can cause changes in perception of reality, and lacking nourishment can put the brain under so much stress that it begins to function improperly. However, due to her fighting prowess, she does not seem physically ill or weak.

Diagnosing Senua: It’s possible she is under the influence of a hallucinogenic drug, especially if she was embarking on a sort of “vision quest” (for want of a better word). If that were the case, “the drugs did it” could certainly account for her altered perception of reality, both beautiful and horrifying. But it would not account for the fact that her symptoms appeared to increase upon finding Dillion dead and flayed in her village.

Did you know that it’s possible for depression to become so bad tat a person will hallucinate and/or experience delusions? Depressive psychosis is not unlike regular depression, insofar as symptoms include feelings of isolation, guilt, and hopelessness. Eating and sleeping patterns might be disrupted, and the person may be more irritable than usual.

Added to that, however, are symptoms of psychosis, including delusions, hallucinations, and paranoia. Fun times.

There are currently no known causes for depressive psychosis, but like most mental disorders, it is believed that there is a genetic component, as well as an environmental trigger that may cause a person to start exhibiting symptoms.

Diagnosing Senua: Although Senua doesn’t exhibit certain symptoms associated with depression, such as sluggish movements or difficulty concentrating, it isn’t hard to imagine that, based on some of her thoughts and words, she feels a certain sense of isolation, guilt, and hopelessness after the loss of her village and her lover.

In my original post, we talked about having a psychotic break due to this incredibly stressful situation triggering the genetic tendency toward psychosis that she may have inherited from her mother, and that, coupled with her feelings of depression, may indicate that she is experiencing this complex yet little-understood disorder.

To be fair, the developers asked people who experienced hallucinations to consult on the game, and the most readily available “diagnosis” would be schizophrenia. But Senua, like most real-life people, exhibits symptoms from many different diagnoses and it is up to a trained clinician to determine what the true diagnosis is. My person thoughts put her somewhere between schizoaffective disorder and depressive psychosis.

Perhaps all that really matters is that if Senua can battle on, survive, and thrive, than maybe so can all of the rest of us.

What do you think? Do you think her diagnosis is important, or is it just the message that matters? Of the diagnoses given here, which do you think fits her the best, or do you have your own theories? Let me know in the comments!