What is an in-game achievement you are proud of?

Honestly, I’m really proud of the platinum trophy I received for Hellblade: Senua’s Sacrifice. It took two playthroughs to do it, and had I been a little braver the first time around I’d have gotten it on my first go, but it was a game worth playing a second time, so all in all it was well worth it.

I haven’t ever platinum’d a game before, so it was pretty exciting to see that little trophy pop up! 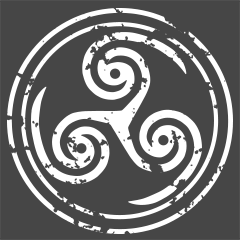 I’ve been thinking about why I am so proud of that accomplishment over any other more substantial – or at least substantial within the context of the story – accomplishments, and I think I’ve figured out why. I think because, for me, that trophy means that I cared about the story (and Senua) enough to really explore the entire game world. It was an experience worth repeating, and worth repeating in a much more detail-oriented fashion.

I might not ever get another platinum trophy (although I’m trying to slowly work my way through and get one for Dragon Age: Origins because it seems silly I don’t have it already), but I think the other pride-inducing reason I like my Hellblade platinum is that it was something I’d never done before, and it’s always nice to accomplish something new, isn’t it? What is an in-game achievement you are proud of? Is it mission-based? Story-based? Trophy-based? Let me know in the comments!