Welcome to the future! We’ve explored the past, the present, free will, and how all of these crash into each other spectacularly when one begins to fiddle with the flow of time. From our first look at time travel with doing over our actions and meeting our past selves, to our second pass and delving into the multiverse and how a future (or alternate-universe-you) could influence the past without making direct contact, I’m surprised we’re all still here and not living in a Salvatore Dali painting.

But now we’ve landed back in the present, and it’s time for some Tim. That’s right. We’re taking a look at Braid all of the ways it bends time, and how it relates to the possibilities of “real” time travel.

Okay, so… obviously there are going to be unmarked spoilers for Braid. Proceed with at your own risk.

Braid is an indie game that garnered much attention because of what the game could possibly mean. Maybe it was about a man looking for his girlfriend, or a princess, or an atomic bomb. It was about war, or questioning who was a hero or a monster, and it surprised gamers at the end when it turns out that the woman the main character has been trying to rescue was, in fact, running away from him. The way that this is revealed is through the manipulation of time in order to solve puzzles.

The time travel/manipulation here seems based on the time-as-number-line idea from above. In most instances, Tim, the main character, works through puzzles by speeding up time, or rewinding it to re-do his actions. I still have concerns about speeding up time, but otherwise Braid touches on a lot of the types of time travel that we’ve discussed. Let’s go one by one. 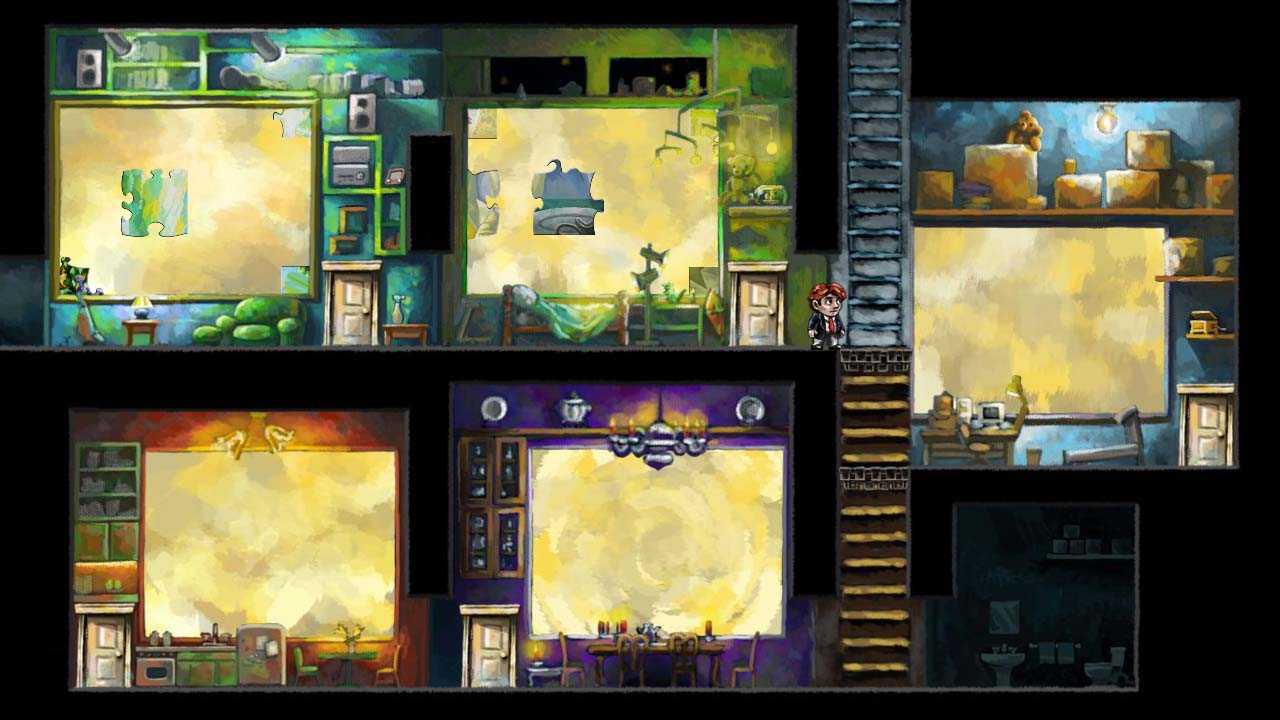 The first time travel device in the first world – and subsequently used during the entire game – is one we are already familiar with, and that is the rewind. Most obviously, this prevents Tim from dying, but is implemented throughout the levels to solve puzzles and fix mistakes. This is the Turn Back Time that we talked about in Part 1, in which the character remembers what happened in the future when returning to the past, and can just erase what happened and try again.

In order for this to work in Braid, it is very clear that the timeline exists as if along a slider, with Tim moving back and forth across the line. This also mean that, in this game, the “future” is erased each time Tim reverses time to correct a mistake. Whether or not other sentient beings are aware of this is unclear from in-game texts.

Meeting Your Past Self (World 5)/Crossing Timelines

In the fifth world, Tim gets a chance to tag-team the puzzles with a shadow version of himself, conveniently created when he reverses time. Shadow Tim then performs that otherwise-“erased” actions of Tim, leaving Tim to work out another part of the puzzle in tandem with Shadow Time.

While not quite the same as Bowser coming in to rescue Baby Bowser, Tim does have the chance to “go back” and interact with (or perhaps benefit from) his past self. Interestingly, the other creatures in this world have “shadow selves” that can also be interacted with, meaning that time is flowing through multiple streams while converging in this one world to allow Tim to progress in his story.

And that leads us to…

While I hinted at this in the last section with World 5, I would say that the multiverse is more solidly present in Worlds 3 and 4. In World 3, for instance, there are objects that are not affected by Tim’s time-bending abilities, indicating that perhaps they exist outside of his timeline, in a way. However, this gets a little fuzzy because these objects exist in Tim’s timeline (as evidenced by the fact that he can interact with the objects), but also outside of the timeline, since they are unaffected by the reversal or speeding of time.

So again, we have two separate timelines converging, although in this instance they have influence on each other (that is, Tim’s actions affect the environment around him, although it is not in a way that is outwardly “logical.” We would expect that time would flow forward when we move forward in time, and backward as we move backward through it).*

The Mystery of World 1

World 1, which occurs at the end of the game, also has this crossing-timelines mechanic, because as Tim moves forward, the other characters move backward. It isn’t until certain parameters are met that both Tim and the rest of the characters move in the same direction. 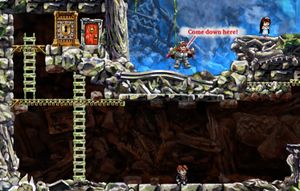 Don’t get me wrong, the idea of two timelines flowing opposite to each other, crossing, and then merging is completely fascinating to think about, but I think in Braid’s case this is more of a storytelling device than actual time-travel (compared to all of these other wild scenarios we’ve talked about, which are obviously very very serious iterations of time manipulation).

But I digress. This level (and the themes it brings up) are a topic for another day. But there is one more time manipulation mechanic that Braid uses that is actually rooted in science.

In World 6, Time has a magic ring that, when dropped, slows time around it. How much time is slowed down is proportional to how close Tim (or other objects) are to the center of the ring.

Most people know singularities as black holes, which are those things that float around in space eating stars for breakfast (this is not a scientifically accurate description, by the way). Or are perhaps wormholes to other dimensions, if you’re so inclined to believe that.

Black holes are actually – and simply – areas of unimaginable gravity, and they cannot be directly observed because of how this gravity bends space and time.

Now, before we continue, there are two facts that you must know:

So, let’s assume that Tim is not traveling at the speed of light, because then the game would be over the moment it began (haha). That leaves gravity as a top contender for bending time. 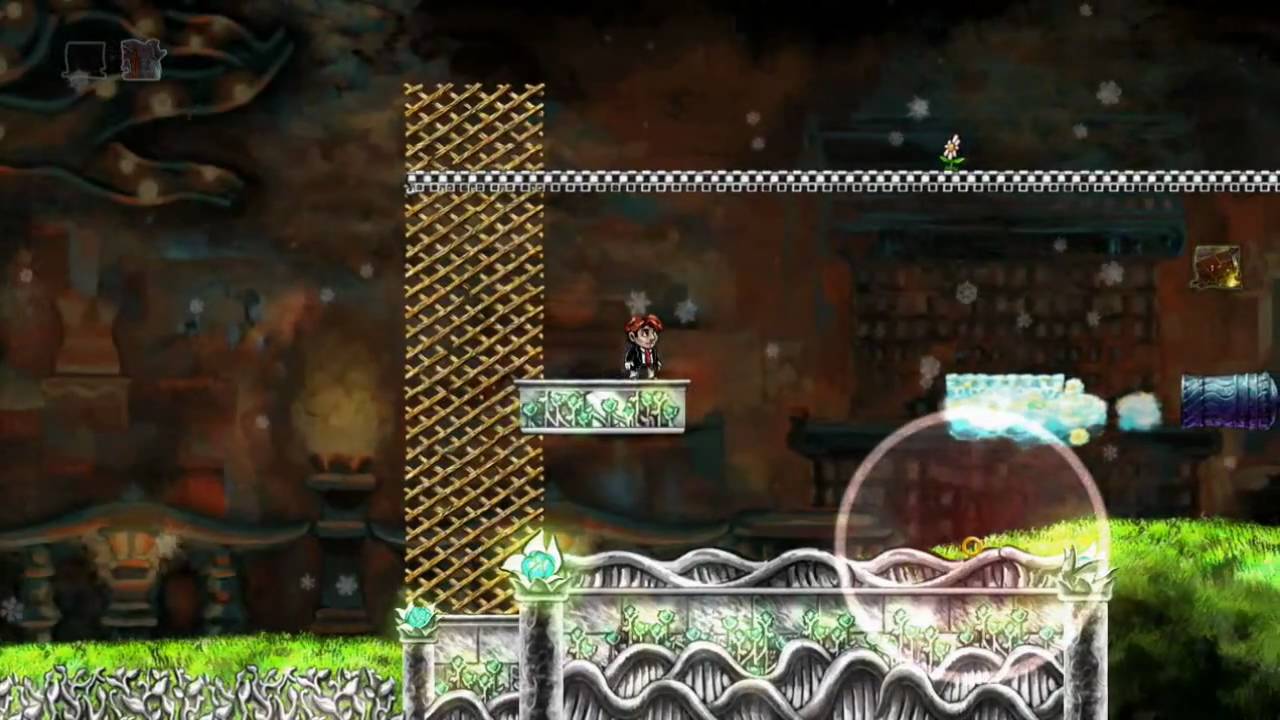 Black holes have an immense amount of gravity – so much that, as we all know, light cannot escape from the gravity’s pull. Which is really incredibly intense, if you think about it. But in any case, to put this all very succinctly, as objects move closer to the black hole, the pass through what is called the event horizon, which is sort of a “point of no return” for objects traveling toward the black hole.

For our purposes, all that is necessary to know is that, to an outside observer (the gamer), the person at the event horizon (Tim) would appear to slow and eventually stop moving, neither moving toward or away from the black hole.

This is exactly what happens in Braid. Well, almost exactly, since Tim does continue to move slightly even if he is right on top of the ring. 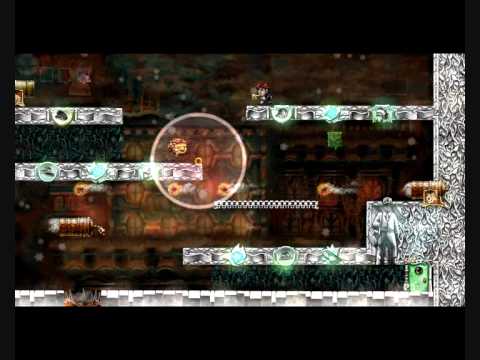 Also, unlike a black hole, Tim is able to escape the gravity of the Ring of Power, whereas any object that passes through the event horizon of a black hole cannot escape its gravitational force. So, while the ring doesn’t create a black hole (and thank goodness for that), it does appear to have an immense amount of gravity, which bends time around it.

This is actually the only type of time manipulation in Braid (and perhaps in any game) that has some foundation in actual science, which is awesome!*

What’s so fascinating from Braid is, for me, not so much the time mechanics as the implications of them. The idea of erasing mistakes is heavily emphasized throughout, and that is an interesting thought when it comes to time travel and is outside the scope of this article.

However, of all the different time manipulation scenarios we’ve seen, Braid includes the only one that is at least supported by current science – and please note that it is time manipulation and not time travel. Also please note that – in science – this idea of a person slowing down when coming closer to the high-mass object is what is observed by others, not what is actually experienced by the person. So while Tim looks like he is slowing down to us, to him he is still moving at the same speed.

Weird to think about, right?

And that, my friends, is the science behind Braid.

After everything, what is the best way for games to handle time travel? What would you do if you could go back in time? Would you talk to yourself, like Bowser? Quietly influence? Or is the idea of the Zelda-like multiverse more your style? Or would you prefer to bend time like Tim? Let me know in the comments!