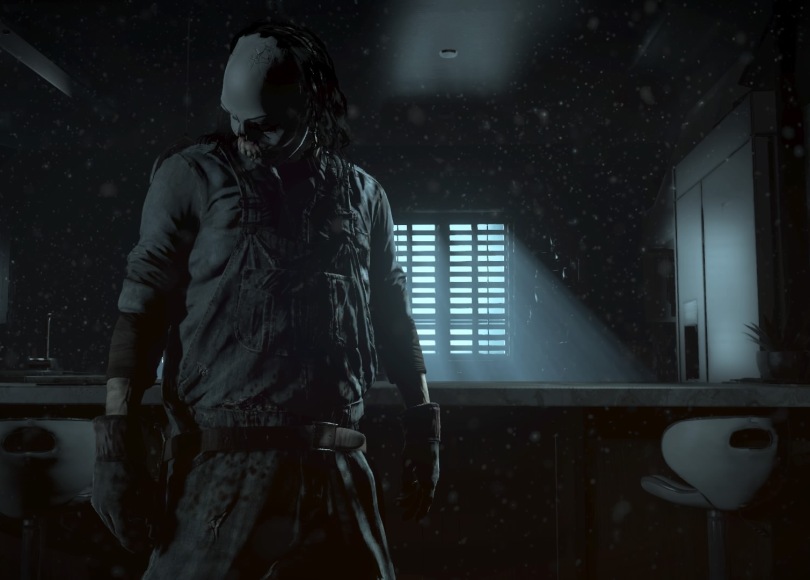 It wouldn’t be Halloween without a very predictable post about monsters, would it?

Recently, I finished Until Dawn and really enjoyed my time with it. The characters were very interesting, and were more-or-less given decent amounts of screen time in order to get the player good an invested in their survival. However, one character did not get as much time as the others, even though his actions and fate and rather pivotal to the plot.

Josh Washington, the brother of the two young women who are killed.

Unmarked plot spoilers below, so proceed at your own risk.

Joshua Washington and his two sister, Hannah and Beth, are children of a movie mogul and, presumably, all friends with the other teenagers involved in the plot of the story. Josh has had mental health issues in the past, it seems, and these worsened after his sisters disappeared, tipping him into a deep depression. His treatment included talking to a psychologist and trying different medications, all of which – invariably – either didn’t work or made his symptoms worse.

An important point to remember about his sisters’ role in all of this is that the teenagers (except the character Sam) were involved in a plot to embarrass Hannah because of her crush on heartthrob (?) Mike. Said embarrassment occurs, Hannah runs out into the snow, her twin sister Beth follows her, and the two are never seen again. 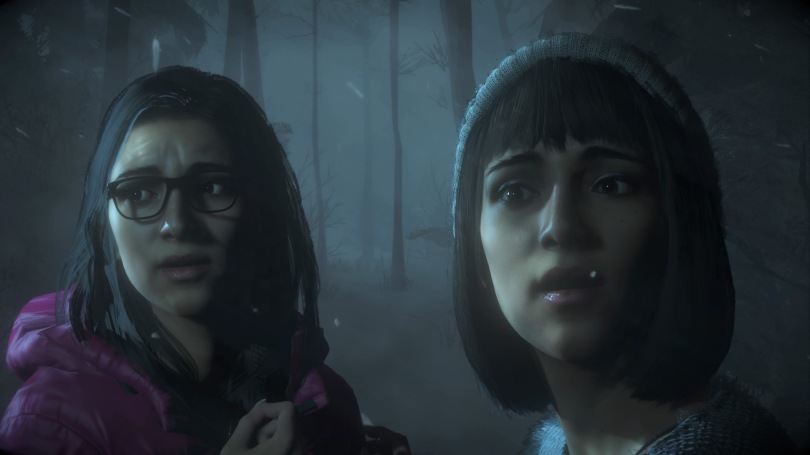 All while Josh is passed out in the kitchen from drinking too much.

Role in the Game

During the first few chapters of Until Dawn, the teens are pursued by a Psycho (and the game does capitalize that name) who sets up elaborate tricks and traps in an almost Saw-like fashion. Jumpscares and horror tropes aside, the scenarios are frightening and unnerving, which the player having to decide the fate of characters and then watch, in one instance, as one of the characters gets sawed in half.

Of course, in the moment all of this is terrifying, but in reality none of the traps ever really hurt anyone, which the characters (and the player) don’t learn until the end of the game (or potentially across multiple playthroughs, in the case of the player). Unfortunately, while the teens are exploring this elaborate set-up, there really is something lurking out in the wild trying to kill them, so in an indirect way, the Psycho can have a hand in the death of some of the teens.

This wouldn’t seem like a problem, except it’s revealed that the Psycho is just Josh dressing up, and the horror situation they’ve found themselves in was an elaborate hoax he concocted in order to teach the teens a lesson about embarrassing people. It’s not so funny now, is it, guys? 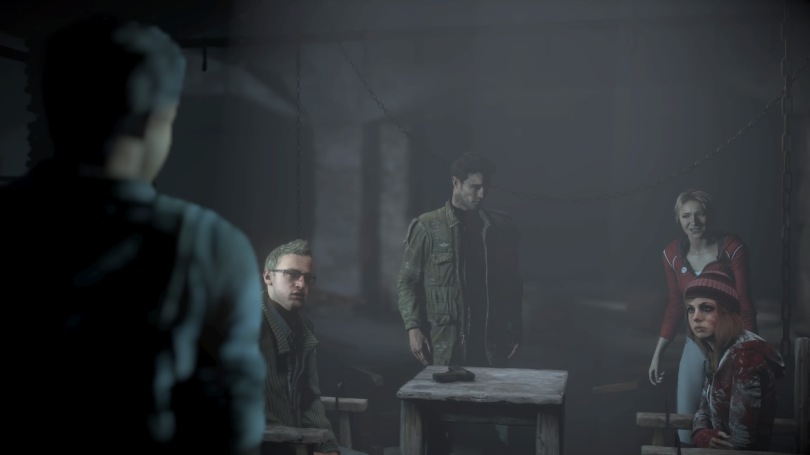 Well, no. The other guys don’t think it’s so funny at all, and are quick to point out how what they’ve been through is nothing like their “harmless” prank that went awry.

Except for the part where they conveniently forgot that their actions resulting in two of their supposed “friends” going missing/being killed. So… oops?

You guys know I love a good villain, and it’s fun to take a look inside their heads and see what makes them tick. And boy, does Josh have a lot of things going on in there.

As per the game, he suffers from depression, which he was first diagnosed with in 2006 (and the game takes place in 2013/2014). If you successfully keep Sam out of the Psycho’s clutches after her bath, you can find a confidential folder that describes Josh’s troubled mental health history.

Years of medications not working, or of having side-effects too severe to be tolerable, and one parade of psychologists later, Josh goes through the loss of both of his sisters and begins self medicating (2013) because the drugs no longer work. One year later (2014 – the year the events of the game take place), he was switched to a drug called phenelzine, another antidepressant that, according to his file, will be administered at increasingly higher doses three weeks after starting the drug, until he is taking what the file calls a “higher than average dose” in order to suppress symptoms.

At first glance, this seems both troubling and hopeful – maybe he will get the help he needs. But things take a slight turn when we see the possible side effects and the “withdrawal” symptoms. 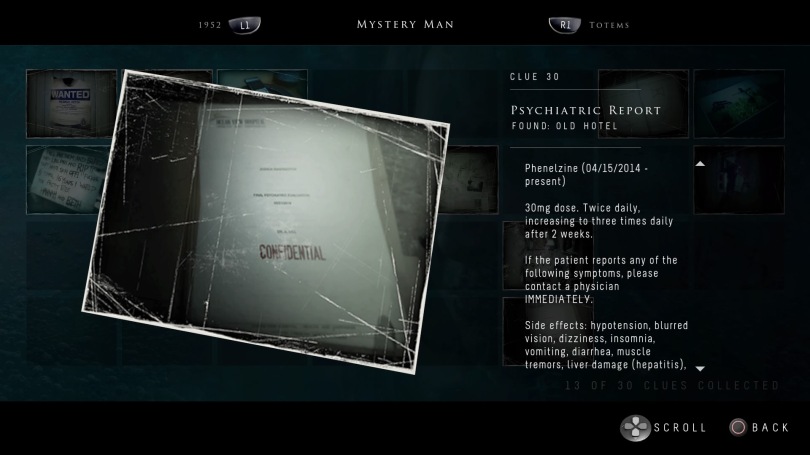 If you’re around YouTube, there is a fairly popular YouTube channel that asserted that poor Josh isn’t suffering from depression, but from schizophrenia, which would explain why the antidepressants didn’t work, and also the hallucinations and voices we witness Josh experience at the end of the game. But the monsters that live in our heads aren’t that simple to find.

And it’s too bad. I wanted to be able to say, “Surprise! The real villain is the broken mental health care system that misdiagnosed Josh!” but I can’t.

In the game, phenelzine is described as having withdrawal symptoms of hallucinations, slurred speech, paranoia, poor decision-making, and delusions.

A-ha! you might think. Josh, like so many other people with mental health issues, must have begun to feel better and decided he didn’t need to take his medicine anymore, so he is suffering from withdrawal that he induced himself!

Well… you’d potentially be right, but what the game doesn’t tell you is that an overdose of phenelzine results in similar psychotic symptoms.

And… didn’t his record say that he started at a higher dose than usual, and then needed a higher-than-average dose to control the symptoms? Add to this the knowledge that Josh has a history of not responding to medications and also suffering from severe side effects, and it becomes possible that the medicine he is taking correctly and under a doctor’s care is what tipped him into a somewhat psychotic episode, where he hears voices (the Psycho), sees his “zombified” versions of his sister and other hallucinations, and stands in a room talking to himself – oblivious to the world – until Mike and Sam show up and literally shake the sense back into him. Sam even comments that she was afraid he wouldn’t “come out of it.”

But either way, the medicine that was supposed to help Josh was not doing its job anymore.

So who is the monster here?

On the one hand, we have Josh, a grieving teenager with a mental health disorder that cannot be controlled by treatment. He seems confused when his friends don’t like his joke, and completely docile by the end of the game after being exposed to the horrors of his actions and the demons in his mind.

On another hand, we have a system that still doesn’t understand mental health issues, and is trying all it can to help Josh, but has so far failed.

On a third hand (it’s Halloween, after all), we have the Hannah/wendigo, who was embarrassed in front of her friends and crush, driven mad by an ancient spirit and then ate her sister’s corpse, before being transformed into a monster that annihilates the group of friends in gruesome ways, if given the chance.

And on yet another hand, we have the group of friends who played a prank that resulted in the deaths of Hannah, Beth, and Josh.

Who is the real monster of Until Dawn? Are all the characters sympathetic in their own ways? Were any of the actions taken by the characters justified? Do you think Josh is a monster, or just misunderstood? Let me know in the comments!