“Shadow and Light are two sides of the same coin: one cannot exist without the other.” – Princess Zelda, The Legend of Zelda: Twilight Princess

We talked about some reasons that playing video games make us happy a few weeks ago, and now we are going to talk a little about the Shadow side of happiness caused by video games.

Before the holidays started, we talked about what makes video games compelling and why we enjoy playing them so much. Briefly, video games set up environments that appeal to things that our brains like: patterns, rules, and clear feedback when we succeed. Games also present us with arbitrary challenges and rules that we agree to, which decreases stress often associate with other types of challenges or “work.”

Games are, simply, designed for our enjoyment in ways that reality just is not. They are well-crafted, emotionally enriching, and socially empowering experiences in a world that is full of imbalance, stress, and complicated and nuanced events and interactions.

No wonder close to fifty percent of the population is reported as playing some form of video games. It’s natural to want to retreat into an experience that makes us happy. But when we start to live too much in our created worlds, suddenly the benefits of playing evaporate and our fantastical worlds begin to negatively impact our real lives.

Not Another Article About Addiction

Many times, the word “addiction” is thrown around when people actually mean “habit,” and the word “habit” is used to mean “addiction.” So before we proceed, let’s clear up some definitions. A habit is something that is done by choice that a person is able to stop with relatively little trouble. I put my left sock on before my right; this is a habit I have, but I can do it differently if I want to without incident.

An addiction usually has some sort of psychological or physical component. But, most importantly, an addiction significantly impacts your life negatively. An addiction can keep a person from seeing friends, can decrease performance at work, and affect a person’s overall emotional state if the addictive desires aren’t sated. Most of the time, people assume addictions are to external chemicals (called substance addictions), like alcohol, legal or illegal drugs, or nicotine, but people can also be addicted to certain behaviors (called behavioral addictions), like shopping, sex, or other behaviors that result in the release of dopamine, the famed “happy chemical” in our brain.

Side Note About Dopamine

To be clear, dopamine is not inherently bad. We need it to survive, to have a balanced mental state, and to recuperate from exercise. We also feel the effects of dopamine when we experience something pleasant, from seeing our friends or family, to watching a favorite movie, to talking a walk, to partaking in a hobby, and even in response to seeing something that you associate with a pleasant experience (for example, if you see a cover to a game you love, you’ll begin to release dopamine as your brain  starts to anticipate the pleasurable experience).

Like with any pleasant chemical, when we experience an increase in dopamine, we feel good, and subsequent increases of dopamine make us feel even better. Once the amount of dopamine levels out, we return to our natural equilibrium.

Most of the time, this is fine. We feel good (dopamine is released), finish our play session (dopamine begins to decrease), and move on (back at equilibrium). We have a good workout, finish our stretches, and move on. We go home after a night with friends, and… you get the idea.

It can be hard to walk away from chemical enhancements, be they an external drug like alcohol or an internal drug like dopamine. While the social factors that may influence addiction (social isolation, unhappiness at work, feelings of not leading a fulfilling life, etc.) are not always clearly defined, there tend to be differences between people who partake in an activity and become addicted, and those who partake in the same activity and yet do not become addicted. I realize that’s an oversimplification, but I’m not here to comment on the intricacies of addiction, as it is far outside of my training and clinical expertise.

What I will comment on is that the reinforcement cycle of video games lends itself to addiction for those so inclined, as rewards are immediate when they are achieved, and are disappointingly withheld (via a “Game Over” screen or a lower score than you wanted) when they’re not. When the desired reinforcement – and corresponding dopamine increase – are withheld, video games provide an easy method of trying again to reach the desired chemical levels in our brain, encouraging us to stay with the game just a little longer, maybe just until I beat this next boss, or maybe until the next achievement… 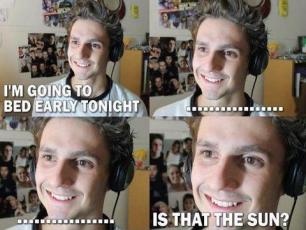 The part when addiction truly begins to take over is when it begins to feed on itself, as the person addicted may feel anxiety, humiliation, or social isolation because of their addiction, thus thrusting them further into their addictive behaviors in order to temporarily make themselves feel better, which it does, so they indulge more, which adds to their isolation or anxiety, which encourages them to indulge more… and so on.

Dopamine isn’t completely to blame. Plenty of psychological needs are fulfilled when playing a game, including feeling productive, having a sense of achievement, and knowing that our hard work will always pay off, as we mentioned in the first part of this topic (linking again here). In a world where the “good guys” don’t always win, and the hard workers aren’t always the most successful, it can be relieving – and validating – to play a video game. We can be the hero in our own story, even when that’s not always the case in the physical world. We can keep doing something over and over again until we get the game’s worldstate the way we want it. That is, we can get our world to be the way we want it.

It would be wonderful, and as game enthusiasts we have that chance every time we turn on one of our games.

When we play, we know our hard work will be noticed and will have an impact. When we play, we matter in the world, and we matter all the time. And if we never get that sort of feedback in the physical world, whether it be from our social circle or our jobs, spending more and more time in a video game becomes increasingly tempting.

Lots of opinions are on websites across the internet in regards to gaming addiction. For the most part, it appears game enthusiasts seem to disagree with the idea of addiction, perhaps seeing it as another attack on their preferred recreational hobby.

To be clear, not all video game players are addicted to their games. For most of us, playing video games is a habit, and one that we can stop doing when real life demands it of us.

But, one thing that is concerning to me is that addiction is a real problem, and addiction to technology and video games can also be a real problem. Failing to acknowledge this means that people will go without the help they need, playing their lives right into the ground, missing work/affecting their jobs, spending too much money on their “habit,” and neglecting friends and family in favor of video games.

Because that’s what addiction is: it’s not enjoying a game a lot and playing every day. It’s needing to play it even at the expense of other necessary life activities. 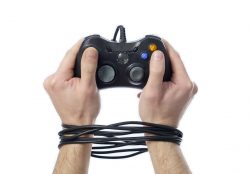 The Diagnostic and Statistical Manual of Mental Disorders, 5th Edition (DSM5) – the most recent edition of the highly-regarded manual for psychological and neurological illnesses – has a section in the back that is devoted to diagnoses that require more research before being definitively included in the manual. However, these diagnoses have provided preliminary evidence that may support their eventual inclusion. What this means is that there is some research support; in fact, it’s enough that the DSM folks are seriously considering the proposed diagnosis as an actual disorder, if further research warrants.

Too long, didn’t read: it’s sort of a big deal for a diagnosis to be anywhere in the DSM.

Anyway, in the back of the DSM5 is a disorder called internet gaming disorder (IGD). IGD is, as the name implies, a disorder of playing online video games to the significant detriment of a person’s life, be that financially, socially, or both. Besides being a new concept, one of the reasons IGD is still being researched is because most of the cases have been reported in Asia and systematic studies have not been conducted elsewhere to concretely determine whether IGD is a valid concern or not.

The Big Angry Gorilla at the Top of the Ladder

You may have noticed that I haven’t really taken much of a stand about whether I think video game addiction is a real issue or not.

The simple answer is I believe that video game addiction is real.

Whether it is prevalent enough to be considered an “issue” in our society would require further data and analyses that are not yet available.

So if I’m not here to make a value statement on whether video game addiction is a pervasive issue, what is the point of telling you all this?

Simply to start a discussion. In our maturing medium, sometimes we need to take on the tough issues (which I have happily been bombarding you with the past few weeks). Serious issues like addiction, gender, and even violence should be addressed, the same way as they are addressed in other aspects of our lives: objectively and with a goal of reaching a consensus or a solution that works for everyone. 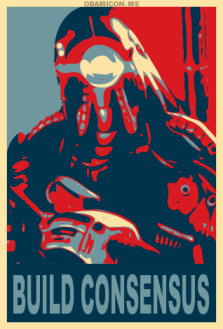 And maybe there are some addicts out there who need help, but won’t get it until their addiction is recognized as being real.

Until next time, thanks for stopping by, and I’ll see you soon!
~ Athena