A few months ago, I wrote a short piece that entertained the idea that people can become addicted to video games. To provide a quick recap, a behavior only becomes an addiction when it gets in the way of a person’s ability to fulfill important life responsibilities (without the behavior/drug), and the person both craves and is unable to stop the behavior/taking in the substance. The bottom line is that the person is compelled to continue the behavior or use of the substance because they are unable to function otherwise.

By definition, addiction is a compulsive and chronic disorder of the brain (or mind, in some definitions), indicated by the habitual use of a substance with the intent of achieving a desired outcome (for example, the “high” associated with some drug use). What started off as a “habit” becomes an “obligation.” This could, in theory, apply to anything. But it’s important to remember that any addiction – including behavioral addiction – cannot be controlled by “using a little self control.” 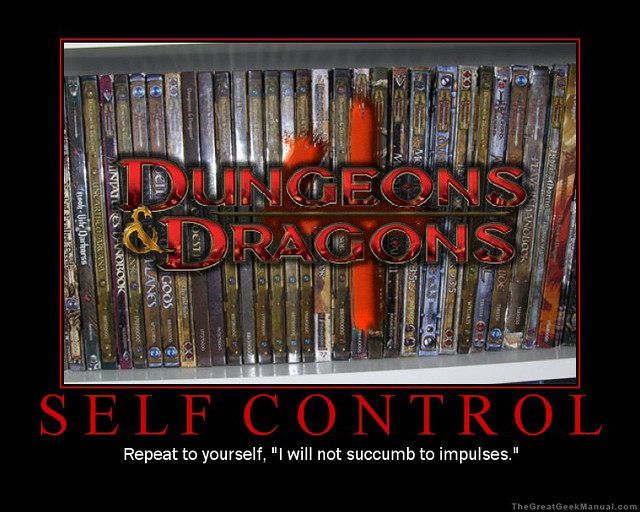 As mentioned above, addictions are both compulsive and chronic. Compulsive means that a person continues a behavior despite its obvious negative impact on his or her life. The person may cognitively know that what they are doing is harmful, and yet they cannot stop (and may offer placating comments to him or herself to dispel this dissonance.) Sometimes, this behavior might also be impulsive, meaning that it can’t be controlled. The craving happens and must be sated. 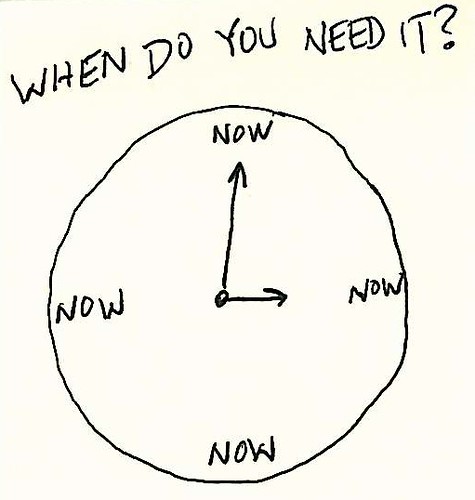 Some definitions consider addiction to be an impulse control disorder, meaning that the person is not able to control their impulses and continues to do things that they might know will hurt them anyway. I’ll leave that to experts in this particular field to discuss that, but to my untrained eye this does make sense when looking at addictive behaviors.

Difference Between Behavioral and Substance Addictions

What is the Difference Between an Obsession and an Addiction?

A few readers commented on the difference between an obsession and addiction, especially after my (not so) subtle joke about me and Dragon Age: Origins. To be truthful, I am neither addicted to, nor obsessed with, Dragon Age: Origins, because an obsession is when a person partakes in ritualistic routines every day that pertain to the object of obsession, and it must occur every day, hour, etc.* Obsessions tend to be rooted in fear of negative consequences that might occur if the behavior isn’t completed.

Addiction, on the other hand, a person can’t function without the behavior or substance. They won’t feel “good” or “satisfied” until they have partaken (e.g., they can’t relax until they’ve had two glasses of wine). Addictions tend to be rooted in a desire to escape from something undesirable happening in the person’s life. 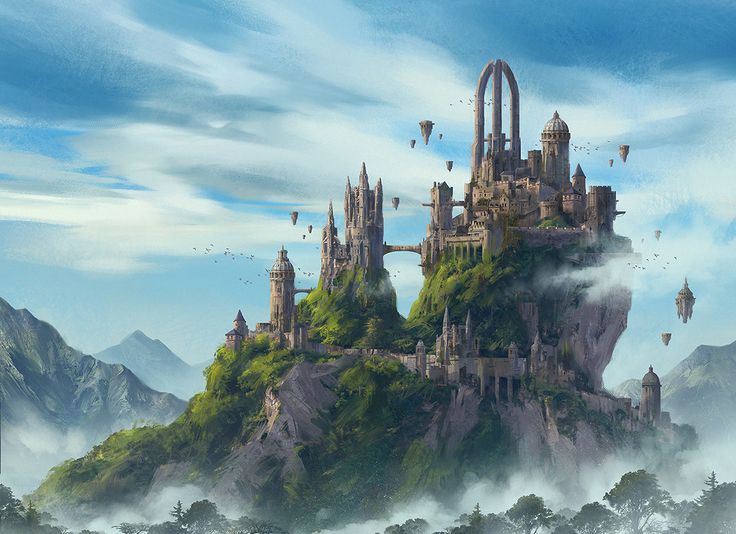 Addiction and obsession do sometimes exist in the same person at the same time, because obsessions might lead to addiction, or an addiction might also become an obsession. For instance, if a person were addicted to video games because the game was the only time they felt productive in their life, they might obsess about the game even when not playing, because they might be afraid of entering back into their “unsatisfying” world again, without the crutch of the game world.

However, colloquially, when someone says they are “addicted to” or “obsessed with” something, they usually mean they are experiencing an intense enjoyment of something. Usually, they have found an activity or topic that motivating and enjoyable to be a part of, and then enthusiastically partake in activities related to this “preferred” activity.

As it stands now, there is no one factor that can be identified to determine whether a person will or will not becoming addicted to a behavior or substance. Addiction usually results from a combination of genetic, developmental, and environmental factors, and not each “‘addictive” substance will have the same effect. Some people exposed to, for instance, marijuana may not experience the stereotypical pleasant sensation, because they don’t like feeling out of control of themselves.

But this is where things begin to diverge for behavioral addiction, particularly for video games. Unlike drugs which may numb the pain for a while or shopping or gambling that gives you a short burst of satisfaction, video games are designed to be rewarding for an extended period of time. But, more importantly, they can offer a viable alternative “life” for an unsatisfied person to live.

Imagine: being able to live in a world that plays by its rules, instantly rewards you for your successes, and lets you overcome any obstacle you face. When you have a task to complete, or a problem to solve, you know going in there is a solution, because that’s how game worlds work. Imagine living in a reality where everything is designed specifically to make your brain – and therefore you – happy.

The implications can be a little frightening.

Is It Possible to Become Addicted to Technology/Electronic Media?

Yes. Yes it’s possible to become addicted to technology. Feeling anxious if you don’t have your phone with you, or being unable to wait to check a text message, or sneaking in a few minutes on social media or a mobile game could be signs of an addiction to technology. Could you stop if you wanted to?

Obviously, if you’re reading this the answer is probably “yes.” There is a difference between incorporating technology into your life and not being able to tear yourself away. But do you check Facebook at work even after your boss has yelled at you a few times? Do you eschew sleeping in order to check your email again and again, or keep up with your Twitter feed? These symptoms begin to have more serious implications.

As a society, we accept some things and not others. And that’s the line we tend to draw for a technology addiction.

Is It Possible to Become Addicted to Non-Electronic Media (books, music, etc.)?

There is little to no research I found on this. Using our broad definition of addiction, I think the answer would be “yes.” But again, people who read all weekend, during their lunch break, and after dinner, and who ruminate on the characters and the plot might be labeled a hermit, a bookworm, or a daydreamer, but no one says that person is addicted to reading.

As a thought experiment, I actually lean toward books not being as “addictive” as a medium overall, because there have been no reported cases of an avid reader losing jobs, neglecting personal hygiene, or lying to people about/because of their reading habits. While part of this might be societal (i.e., book-reading is an acceptable hobby now), part of it might also be that reading is more of a marathon sport and so does not have as strong of a chemical response in the brain. But without research, it’s hard to tell.

Are There Specific Systems That Are Only Seen During (so-called) Video Game Addiction?

Video games tap into the same parts of the brain as other addictions, but they are designed to do it incredibly efficiently.

So… Is Video Game Addiction Real?

Well… maybe. Current research is very conflicted, and often focuses on MMOs and not other games like “regular” console or PC gaming, or mobile gaming. There is also a chance that video game addiction is mislabeled due to social stigma. For instance, we all might be labeled as addicts because one of our preferred leisure activities is to play video games (i.e., a misuse of the term “addiction” again).

Of course, there is added confusion because people have become addicted to online MMOs, and their lives have been ruined for it. But does that mean all video games have the potential to be addictive and ruin lives, or just certain games? After all, all video games are designed to be rewarding and transport the player into the carefully designed game world, and give us much-desired instant feedback that we don’t always get in our daily lives.*

After looking through the research and delving into what it means to truly be addicted to something, the umbrella term of “video games” is no more addicting than any other media. There have been cases of video game addiction, yes. And to simply go by numbers, the percentage of individuals addicted to video games is somewhere between 3% and 12% of gamers (compared to alcoholics, who make up about 7% of the population in the USA).

However, each of these studies uses different criteria and different definitions of what a “video game addiction” is. Sometimes, simply playing games for a few hours a week could be considered a symptom, whereas others tried to use substance abuse addiction definitions.

Interesting, when the substance abuse definition was applied, about 6% of the gamers in the study met addiction criteria, putting it in line with other addictive substances like alcohol.

Perhaps video games still face a certain social stigma and therefore cause people to label addictions where there are not. After all, binge-watching a television show for 12 hours is more socially acceptable than playing any game for that long.

Having said that, video games do have the potential to be addictive. However, until we can be sure that the research is without social stigma, and a true definition of what makes a “video game addiction” different than a “technology addiction” (if that is even true), there is currently no conclusive evidence to support that video games are any more dangerous than any other potentially rewarding activity of becoming addictive.

What do you think? Is there something inherent about video games that make people more susceptible to becoming addicted? What is it about MMOs and not, say, RPGs that pull people in? What are your thoughts on video game addiction? Let me know in the comments!