I’m getting quite a full cabinet of patient files, aren’t I? But this was probably one of my strangest calls yet. A woman appeared in my office, as if from the shadows, and requested I examine – discretely – her father’s old adviser, Zant. She said he had been acting strangely, and, as princess regnant of a far-off realm, wished to know of any concerns I might have that could potentially and negatively impact her kingdom and her rule. While strikingly beautiful, she was also strikingly terrifying, and so I politely accepted the job and set to work.

Today’s Villain: Zant, from The Legend of Zelda: Twilight Princess

Background: Zant is an adviser (I believe) to the throne in the Twilight Realm during the events leading up to The Legend of Zelda: Twilight Princess, and the usurper king during the events of the game. While I’m not sure why an adviser would suppose he was the next in line to be ruler (and so suspect that he is actually the deceased king’s oldest son), he was passed over in favor of Midna, whom he then managed to overthrow after being empowered by Ganon. 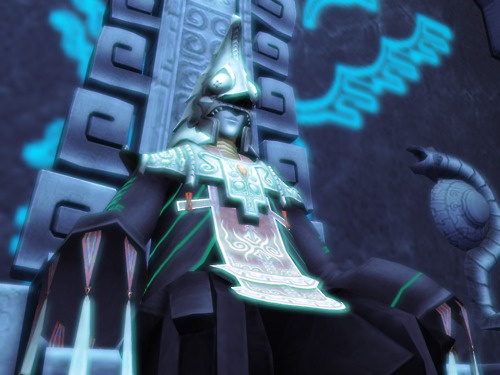 While throughout most of the game, Zant appears to always be calm and in control, it is clear through his actions that he is a very unstable individual in regards to himself, his allies, and his goals.

Explanation: When we first meet Zant, it is as he is conquering Hyrule Castle. He approaches the throne wearing a mask and spouting typical villain fare at Princess Zelda: obey me as your new king, or I’ll kill all your sbjects. And this is how Zant presents himself throughout the game , so it isn’t until Midna begins to tell Link about some recent events in the Twilight that Zant begins to look less “garden variety unstable” and more “diagnosable.” 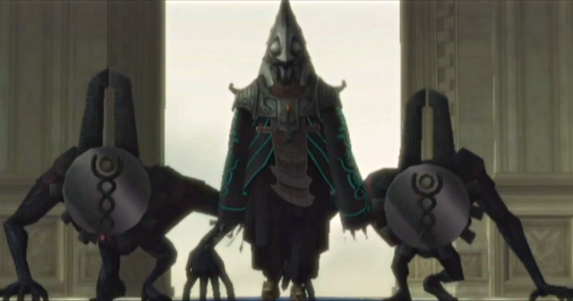 As a (presumed) adviser to the king (although I still suspect that he was “close to the throne” because he was the oldest child/next in line), Zant appears loyal and dedicated to serving the throne. However, according to Midna he was passed over because the Twili people saw his arrogance and preferred Midna to rule them. At that, his “love” of the throne vanished, and in an impressive and terrifying change of heart, he set out to usurp Midna, strip her of the powers she had as Twilight Princess, turn her into an imp, and eventually kill her.

Because he didn’t get his way.

It’s unclear whether this change came before or after meeting Ganon, but if I were to guess, I think they would have happened around the same time. Zant would have been upset to find out he wouldn’t be king (understandably so), and perhaps Ganon capitalized on that. Zant thus threw his affection onto Ganon, calling him a god and serving him loyally and unquestioningly. Interestingly, this only lasts until the end of the game, when Ganon also appears to fall out of favor, and is defeated when Zant commits suicide.

And of course, one cannot forget the erratic final fight with Zant, who quickly switches between fighting arenas (based on worlds from the game), as if he cannot decide which arena best suits him. When all of these facades are stripped away, we are left with Zant, fighting erratically and desperately to defend the god he loves until he falls. It is only after this final betrayal, when his god abandons him, that we see the extent to which Zant’s disfavor can go.

Just the (Real) Facts: Borderline personality disorder (BPD) is manifest with persistent instability in functioning ability, behavior, moods, and self-image. Symptoms can usually be traced back to adolescent years, although as with most personality disorders (versus mental disorders) it isn’t something that is acquired so much as something that manifests as one matures.

BPD is hallmarked by a series of symptoms that negatively and severely impact social connections and moods, including taking desperate actions to avoid real or imaginary abandonment, often cutting ties with once-friends in an effort to “protect” oneself, and having intense yet varying closeness to friends and relatives, swinging from deep affection and love (idealization) to anger, dislike, or even disgust (devaluation), like Zant does with both the royal family and, eventually, Ganondorf.

Please note that while Zant performs atrocious acts without remorse, there is no evidence to suggest that people with BPD are more likely to harm other people. In “real life,” people with BPD are more likely to self-harm. Or, at the very most, self-harm in such a way that another person winds up taking the blame (read: gets hurt by it). This would be in line with Zant’s betrayal of Ganon at the end of the game.

People with BPD may experience intense or even inappropriate levels of anger, or have trouble controlling their anger, as well as possibly having paranoid thoughts, feelings of emptiness, feeling cut off from people they care about, and, in some cases, having distorted or changing views of themselves/who they are. They may experience intense moods and intense mood swings, and may partake in dangerous or impulsive behaviors as their moods warrant. One needs to only look at the final battle with Zant to see some of these symptoms manifest.

The take-away main issues of BPD (if one were to ask my unqualified opinion) would be the intense and volatile changes of mood and feelings, which can negatively impact their view of themselves and others. This may not only ruin relationships, but it might also play a role in the (unsurprising) comorbidity (definition: occurring at the same time) of other mental health issues like depression (including suicide ideation), anxiety, or the abuse of various substances (including food).

Like all personality disorder, BPD can be treated with psychotherapy, but is not something that can ever be “cured” as it is – surprise! – part of the person’s personality, and there’s no “cure” (in the traditional sense) for the bits you’re born with. While risk factors include genetics, environmental factors, and brain structure/chemical composition, there is no determined “cause” of BPD, which makes finding a “cure” near impossible.

As always, we all experience varying degrees of the symptoms listed here, but it is only when they become persistent enough to negatively impact one’s activities of daily living and ability to function in a way that is typical for societal norms do they become a problem. If you think you might have BPD, it is very important that you seek treatment with a trained professional, as those who seek treatment report better quality of life and fewer severe symptoms than those who do not seek treatment.

What do you think? Does Zant have BPD, or is he just garden variety crazy? Is he “mad with power,” or a traitor? Did Ganon fall out of favor, or did Zant just see the error of his ways? Let me know in the comments!