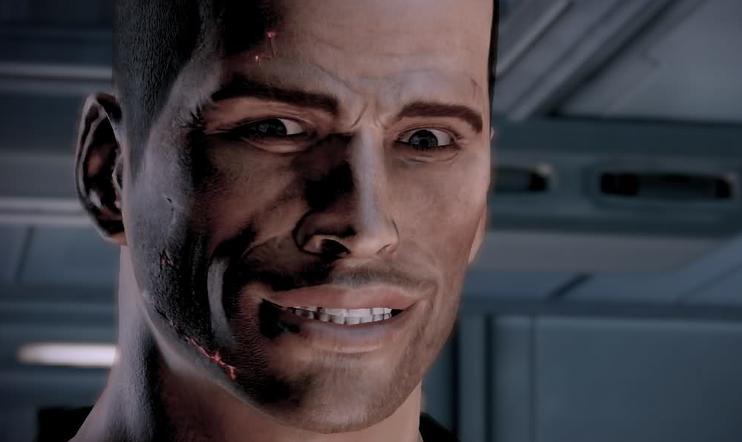 Who are three characters you wouldn’t want to meet in real life?

What a better way to start getting into the Halloween spirit than talking about some real creeps that I’d rather know from behind the safety of my television screen? It seems like such a cop-out to start naming evil villains but it’s also true. I’d have no interest in meeting the likes of Ganon/Ganondorf, Liquid Snake, Ghirahim, or any of the other villains that pop up in games. While I don’t believe any of them would kill me on sight, I can’t say that it would be a pleasant experience, either way.

Ganondorf would be too busy waxing poetic about how smart he is, even though he is constantly outwitted and outgunned by a boy in a green hat, and Ghirahim would be too busy kissing his reflection in a mirror to notice I was there. Liquid Snake would be fascinating to talk to, but I’d be afraid eventually he’d just start raving like a zealot, which would be significantly less fun.

I’d be afraid Saren‘s presence would result in me being indoctrinated. and who really wants to meet an archdemon?

Instead of going through and naming villains who might otherwise seem like no-brainer choices (other than the fact that the idea of observing some of them makes me therapist’s brain pretty intrigued), here are three characters who aren’t necessarily villains, but who I think would provide me with a really, really frightening time if we had to spend time together:

I can’t think of anything worse than having to listen to someone spout statistics and conclusions at me, especially if said conclusions were things that I would have been able to figure out for myself, like there is a 98% chance that I can buy goods at a shop and a 99% chance boots are for feet.

Thanks but no thanks.

You have to give a fellow his due; the man just refuses to die. Sort of, maybe, if you believe in possession/hypnosis/changing explanations.

But if there is one thing I cannot stand, it is constant whining and that is pretty much all Liquid does for the entirety of the game. I wanted to like him. I did. And especially during later games, I wanted him to be this amazing foil for Solid Snake in the war against the Patriots, especially considering all the twists and turns. A little, bitty part of me wanted him to be ironically in the right.

Does this happen. Nope. He has some daddy issues, because he received all the “recessive genes” of his father, Big Boss. And… that’s bad. For some reason. I guess because it has the word “recessive” in it? Does he not realize that “recessive” genes aren’t synonymous with “inferior”? So here’s a guy whining about things because he doesn’t understand 8th grade science. Whiny and stupid. My favorite combination.

All joking aside, I’m not sure I’d really want to spend a lot of time with a guy who spends all of his time trying to prove to his absent father that he is a good boy.

This guys such a jerk that even Geralt emoted because of him. He’s a crime lord, but more importantly (to me) he is a low-life who… brutalized and murdered a room full of women, including nailing one to the ceiling. 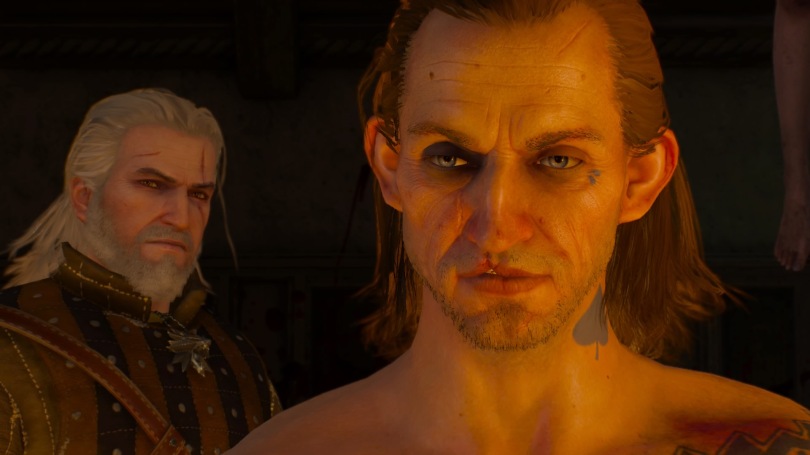 Normally I am not a fan of video games taking away autonomy, because normally I’d say I wanted to “be” the one doing the cool moves, but it was so satisfying watching Geralt beat the living daylights out of this guy. And then threaten him. And then Geralt may have killed him after Junior gave up the necessary information Geralt wanted.

That is how much I would not want to meet Whoreson Junior – or anyone like him – in real life.

Just a room full of “NO” on that one.

Well, that escalated quickly. What characters would you not want to meet? Is it because they are irritating or annoying on a personal level, or because they are just an atrocious human being? Do you have one “type” of character that you always hate, no matter what? Let me know in the comments!