There may come a time when we may feel like we’ve come up against a problem that is just too hard to overcome. Our resources are low, maybe we feel like we haven’t leveled up enough, or the story has taken an unexpected turn.

I’ve got one thing to say to you.

A sentiment that started with Dark Souls, “git gud” has often been used to dismiss a gamer’s plight during a hard game. Can’t beat the level? Git gud. You don’t like the game? Well, obviously that’s because you’re bad at it, so git gud.

While the last thing that a person who is struggling or is upset wants to be told is “just be better at it” or “this is your fault,” the sentiment of improving a particular skill or advancing in a particular area in order to achieve a goal is actually a good one. So, in honor of September’s back-to-school, we will have a six-part miniseries about how “getting good” at games can actually show you how to “get good” at life.

In order to win, it’s important to know the rules of the game you’re playing. This is for any situation. Games, work, social situations: they all have rules and expectations, and it’s the people who know how to play by the rules and work them to their favor are the ones who “win” the game.

So, how does one git smart – at least in gaming?

Winging it without having any sort of plan is not usually the best option. Sure, sometimes it’s necessary to “make a run for it,” but more often than not, making a blind run for it is unsuccessful. Instead, paying attention to the environment and the story unfolding around you is a good place to start figuring out what is happening.

Often, the “story” of the situation will contain hints about what you should be doing, expectations the game may have, and even hints about the best mechanics for proceeding in the best way.

After noticing the most pertinent details of the environment around you, it’s possible that there is a pattern to what is going on. In most games, patterns are meant to be exploited. This can relate to either patrol patterns, mechanical patterns, or the patterns of the flow of a situation. Looking for small details, like whether a character can change direction in mid-jump, or if they keep running for a second or two after the button is no longer being held down.

But what happens when – to your eye – you have done everything “right”? It’s easy to rage quit, and it can be so satisfying to perhaps throw a controller, or yell at the screen. Blaming the game, the controls, the mechanics, one’s own bad luck; these may feel good in the moment and help extract the disappointment and frustration out of us, but at the end they are fruitless endeavors that will not solve the underlying problem.

Failure, in games as in real life, offer opportunities to learn and grow. So, resist the urge to throw the controller, take a deep breath, and reflect on what just happened. Find where the mistake was, and then learn from it in order to progress through the game with your newfound XP. 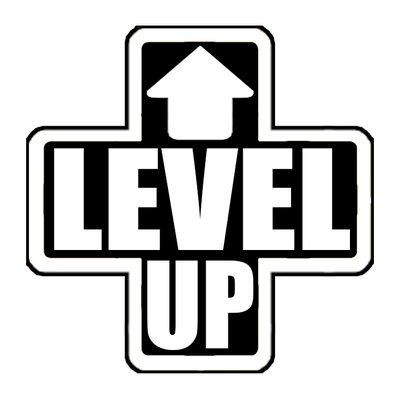 Just like in games, life can offer lots of clues, too. These clues could be what other people are saying, things you notice in the environment, or even clues that you’ve gotten from previous situations and experiences.

Do you remember my friend from the video game and violence article? We still keep in touch, and she took those experiences and worked through them so she could go through life a little less angry and a little more at peace than she was before.

It’s one thing to see you are standing in a ditch and do something about it, and quite another to stand in a ditch and say, “Woe is me. My feet are all dirty.” Instead, look around and see what’s available. Make a plan. Try it out. Adapt it until it works. Be willing to learn, and to relearn, and to move forward with your new XP.

Sometimes video games break established ideas, like in Deus Ex: Human Revolution. Usually, when a game tells a player to do something that is time sensitive, if there is no timer present on screen, it is assumed that the event, no matter how dire, will wait just long enough for the player to arrive.

This usually gives the player time to waffle about, but in Human Revolution, this is turned on its head when, right at the start of the game, an “untimed” event is very much timed, and the player is given no indication that anything is amiss until the event turns out poorly. In situations like these, the important thing is to learn; the game is telling you the rules, and then it becomes the player’s job to play by them, and use them to their favor when applicable.

If you really get stuck though, there is no harm in looking up information. Using a guide might be a little polarizing in the game community, but seeking help, whether online, in a book, or from another person, is one of the best first steps to take to improve. Reading guides, especially if you don’t have a friend at hand to chat with, will help you see how games expect you to think, which will help you solve problems in future games.

Of course, there’s a certain thrill in finding things out for yourself, but there’s never a problem with getting a little hint if you need it!

In order to test your knowledge, put yourself in a situation that you can get some practice but still be able to succeed. This might mean starting on the easiest setting and, after finding it too easy (e.g., you’re bored), bumping it up a level until it is challenging but not frustrating. Unless you are a professional, competitive gamer, you don’t have to prove your badassery by trying to play on the nightmare setting.

The very familiar “life isn’t fair” argument is easy to pull out. And, yeah. It’s true. Nature look out for the majority, and in the process is cruel to the individual. There will always be someone in a better position than you, in a worse position than you, and better able to navigate their way through life and work than you are.

The game doesn’t care, though.

Use the clues around you, and pick up advice and guides where you can. This can help you reach your goals, whatever they are. Need to navigate workplace politics? Talk to a friend or relative who had a knack for it. Check out books from the library. Study up and practice conversations before you have them, especially if you’ll be entering into a situation you haven’t been in before. Role-play with someone before you bump up the difficulty and use it in real life.

Some people will tell you that practice makes perfect, and this is false. Practice actually makes permanent. If you practice something over and over and over and you do it in an incorrect manner, then that is the way you will have learned the skill/information.

How can repeatedly doing something incorrectly make that “something” perfect? If you use your muscle incorrectly over and over again, you don’t become stronger; you become injured.

There is something called the Dunning-Kruger effect, which is a phenomenon during which people with only a little bit of skill believe themselves to be better than they actually are (based on an objective measure). You might think you are “great at games,” but before you get too comfortable, know whether your skills extend beyond your preferred genre.

Once your skill-set has expanded, you’ll be better equipped to find new solutions: is this the easiest way, the best way, or the best way for this particular moment in the game with these circumstances? One might think that being bombastic is the best way, regardless of whether the person is being aggressive or supportive in their actions, but sometimes a more deft touch can yield more nuanced or positive results.

Having a solid foundation of skills and a new way of looking at the games will prepare you, in the long run, for the boss battles. After all, the important thing to remember about boss battles is to go in as prepared as you can be; the purpose is to defeat the boss, not bang your head needlessly against the wall.

This one seems fairly straightforward regarding how to apply to real life, and relates somewhat to the last point. The only take-away message I want to drive home is that of the Dunning-Kruger effect. It’s important to remember that there is always someone with more knowledge, experience, and skills than you, but there is also someone who has less knowledge, fewer experiences, and less-developed skills than you. If you ever feel like you know a great deal about a topic, just remember that you probably don’t and there is more to learn.

And when you come across someone who is a little behind you in any of these areas, help them, because you will eventually need help from someone better than you, as well.

Practice makes permanent, and humility is sometimes the key to success.

As mentioned, this is the first in a six-part series, so stay tuned for next time’s exploration of the benefits of when we git creative.

What do you think? Is the idea of “git gud” one that can be applied to real life? What does it even mean? Which of these points speaks to your own experiences? Let me know in the comments!