Welcome back to our Git Gud* series! We’ve been working our way through some tenents of how to git gud and apply those gaming techniques to real life.

This mini-series is broken up into the following parts:

Growing up, children are surrounded by people trying to teach them and shape them for success as adults. We go to school for thirteen years, not counting higher education, and are exposed to countless adults showing us ways to act (or not to act). Interacting with people who know more than us and have more experience than us is an integral part of human development.

But once we are out of school, these guides seem to disappear, except to those to seek them out. But this is unfortunate, because while we may think that, upon graduating and entering the workforce, we are expected to know everything or otherwise figure it out for ourselves, having a mentor to show us how to tackle these new experiences can make the journey that much easier. Merriam-Webster defines mentor as a trusted councilor or guide, and this sums up a mentor perfectly. Mentors should be a trusted person we can turn to, who has more experience and insight into a situation than another person might have, and one who is in the teaching role in the relationship (side note: it’s important that we don’t blur the line and make our friends our mentors or our mentors our friends).

In many modern games, there is often a character who acts as a teacher or mentor to the main character. This character often acts like a tutorial, or exists for expositional purposes, and then is otherwise not around for the rest of the game. For instance, think of the Hero’s Shade from The Legend of Zelda: Twilight Princess, who arrives occasionally to teach a new sword technique to Link, or of Duncan from Dragon Age: Origins, who is set up to be a mentor, but is around only long enough to set plot events in motion before meeting an untimely demise. While important to the game, they are not mentors that the main character has a strong relationship with, nor is someone they can really count on when they need guidance.

Zero from Maga Man X is closer, as he acts as a kind of role model for Mega Man, promising that one day the Blue Bomber will be as powerful as he is. But again, after some inspiring words ad an occasional appearance, there is really nothing to suggest that the main character has a relationship with Zero outside of these change encounters.

Compare this to two characters from the Metal Gear Solid franchise, which may as well be known for giving Snake mentors to call and chat with. In Metal Gear Solid for the original Playstation, Snake receives orders from Colonel Campbell, but is surprised when his old mentor, Master Miller, appears and begins offering his advice.

Master Miller is a good example of a mentor, as he imparts advice to help Snake overcome obstacles as he attempts to achieve his goal. He offers practical advice about how to navigate through the ducts of the facility, to providing insights into the situation that, ultimately, shape the course of the story (although the player doesn’t have direct control over this).

Another example comes from Metal Gear Solid 3: Snake Eater, in the form of The Boss. I can’t lie, The Boss was one of my favorite characters in MGS3, not least of which was because she is one of the few video game characters who unexpectedly and genuinely thank the character for actions that are not related to the plot of the game. 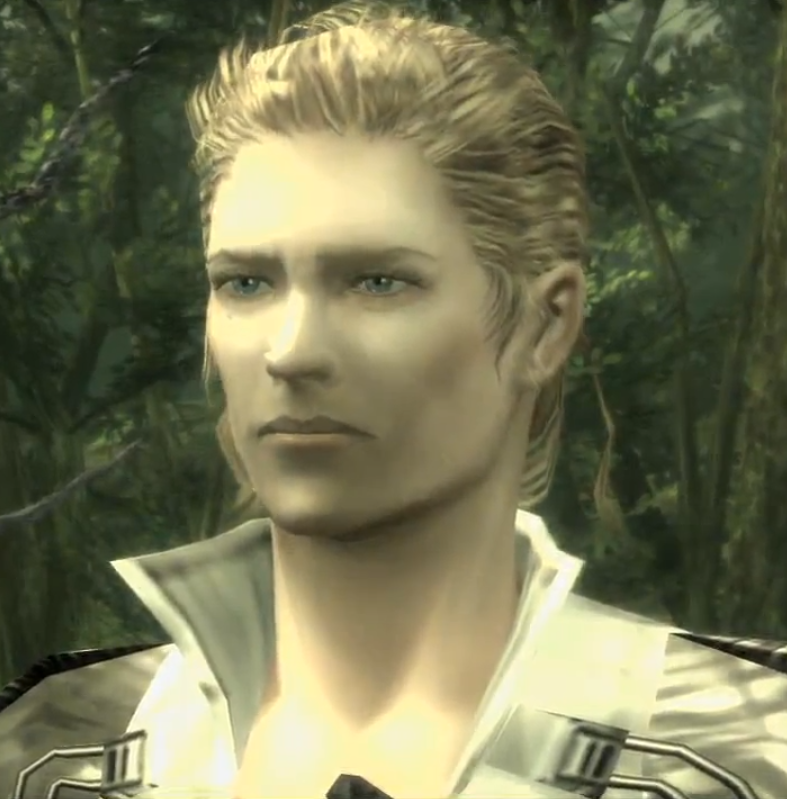 But more than that, she is an ever-present guiding force in Snake’s life, regardless of any other events that have happened in the game. She offers him advice and subtly pushes him along a path that, eventually, both Snake and the player discover to be in their best interest, despite the terrible situation.

The key in both of these examples is that the mentor has knowledge to impart, and a meaningful way to convey it to the people willing to learn from them. They are, very obviously, individuals who have knowledge and experience that their mentee does not have, and imparts wisdom because of the trusting rapport (relationship) they have with the person they are mentoring.

Those are the important parts: having a good and trusting relationship, and having valuable experiences and knowledge to share.

As gamers, we are not usually in a position to offer advice to super spies, space marines, dragon-slayers, or other hero types. Our epic quests take place with our families, at our jobs, and within our communities, instead of the many fantastical places our playable-character-counterparts inhabit. So how can this relate to us? Not all of us will have the opportunity – or possibly the desire – to formally mentor someone.

But we all have knowledge to share, and experiences we can convey. If you have knowledge, share it with others to help them on the journey. Specific to games, as you “git gud,” you’ll have thoughts, tips, advice, insights, and experiences that others might not have (yet). Even if you are not “the best” at a game, you may have a different way of interpreting an in-game event, or a creative way of explaining how to accomplish something. So, tell a friend, post it on a forum, and be willing to help people advance, instead of using your knowledge and skills to make other people feel bad about how they are not as “good as you” (yet).

Mentoring, even informally, is a great way to give back to the community that we are all a part of, whether it is specific to games or not.

However, it is important to remember that timing is everything. What is the difference between a good piece of timely advice and someone being labeled as a “know-it-all”? There are a few points:

If we are going to be an effective mentor, we need to integrate into the group and discuss with others, not stand far at a distance imparting knowledge to no one who asks for it. A community can’t accept you and your ideas until you accept being part of the community, first.

The other half of imparting knowledge is, of course, listening. It’s about listening to other people, and listening to your environment. Since we’ve been diving into the Metal Gear Solid series, let’s take another look at Metal Gear Solid. During the immediate lead-up to one particular boss fight, Snake stops in his tracks and asks “Do you hear that?” I remember playing the game for the first time, and wondering what he was hearing, until the camera focused on him and he said, “The music stopped.”

By golly, it had. And it was for an important reason. 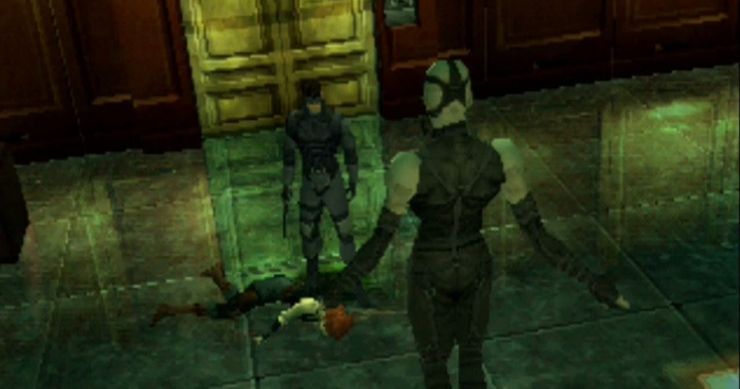 Fast forward many many years, and I was playing the Dalish origin of Dragon Age: Origins. You can bet for sure that when one of the NPCs asked, “Do you hear that?” my immediate first response was to see if I could detect any changes in the auditory environment (which was the correct thing to do, story-wise).

On the subject of listening to NPCs, in the same Metal Gear game, there is a moment when a boss commands the player to perform an action, and Snake looks directly at the camera and nods, affirming that the player should listen.

In an instant, Snake became the mentor, and the player was expected to listen and learn from him. While in the immediate instant, it was to show off a special effect, it also taught the player that the ensuing boss battle was going to involve the boss messing with the player’s physical experience, not just gaming one (which was a good set-up to let the player know that they’d have to modify their physical environment to beat the boss).

There are, of course, other examples like this, where players or main characters must listen to others. And that’s something for us all to remember in the physical world, as well.

Remember the “old days” of gaming, when you’d get stuck and have to ask a relative or friend for help? Or you’d be talking about a game with your friends and learn a really cool secret that someone else had discovered? This is, I would pose, such an important part of gaming, evidenced by the fact that it still happens! And people still seek out information about games.

So, when you’re gaming, share your excitement with your friends. Talk about the neat things you noticed. Even if they haven’t played a game, they might offer some invaluable insights or ideas that you hadn’t noticed or thought of before, enriching everyone’s gaming experience.

Of course, talking and listening doesn’t start and end with games. In our everyday lives, we are going to come across people with different experiences, insights, ideas, and beliefs than us, and it’s up to us to not only communicate our own thoughts effectively, but to also actively listen and strive to understand the other person, as well. If we ignore the new information being given to us, we are going to miss important information, forgo new ideas and, by extension, new – and possibly more effective – ways of thinking about things.

Knowledge is a funny thing; the people who have it, doubt it, and the people who don’t have it, tend to think they know more than they do (this is actually called the Dunning-Kruger effect*). But for the people who truly know, being able to communicate that information to others is so important. It’s a real skill to be able to impart knowledge to others in a way that is understandable and accessible, even to people who know nothing about the topic (it’s a hard profession, too. Not everyone can be a good teacher).

But if you’ve found out new information, or have valuable experiences to share, it’s well worth your time to figure out a way to effectively (and kindly) share that information with others. Whether you are being a mentor like Snake, or The Boss, or a role model like Zero, it’s worthwhile to make sure that you are able to impart your information tactfully (and appropriately).

Knowing something doesn’t entitle you to be a know-it-all). And if you are the one listening, even if you already know a lot about the topic, always been reexamining information and incorporating new information so you can continue to grow as a gamer and as a whole person.

What instances of learning from games have you had? Have you come across a mentor figure in a game that really resonated with you? Who was it? If you’re going to find out information second-hand, would you rather discover something through a conversation or an online video? Or, would you rather not learn it if you can’t go through the direct experience for yourself? Do you like learning from other people? Let me know in the comments!