“Choose well; your choice is brief, and yet endless.” – Goethe

The easiest choice system to implement – and therefore the most common – is the “good vs. evil” system. In a system like this, players’ choices are reinforced through more and increasingly powerful abilities. The catch is that in order to unlock the most powerful, and often most fun, abilities, the player needs to commit to either a “good” or “bad” playthrough. 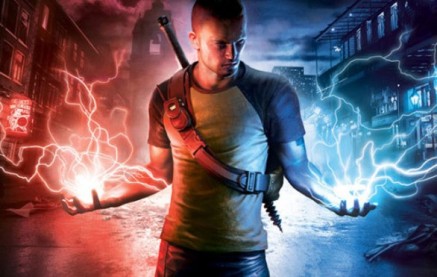 Games like InFamous and InFamous 2 utilize this type of morality system well. The more “famous” you are, the more powerful you are, the better the city looks, and the more impressive Cole’s blue lightning looks shooting out of his fingertips. If you decide to pursue the “infamous” path, Cole’s appearance suffers, the city suffers, and the players is able to unlock some spectacularly nefarious abilities.

Now, I had a fabulously fun time playing through both of these games, and even managed to glean a perverse pleasure in being “evil” during my second playthroughs so I could see just how terrible I could force my poor unsuspecting Cole to become. But for every fantastical electric power the game offered, the game sacrificed a player’s choice. 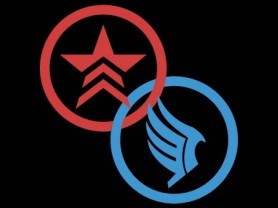 A system like this, while fun to be able to choose to play as a “good” or “evil” character, ultimately removes all morality choices from the player’s hands, because the player needs to commit to being all good or all bad in order to unlock the most powerful abilities and equipment. Or, when the player is faced with a decision, often it is answered with an attitude of “this is my paragon/good guy run-through” or “this is my renegade/bad guy run-through,” so they automatically choose whichever option aligns with the type of playthrough they are currently completing.

Like I said, this doesn’t detract from a game’s enjoyment or is in any way a detrimental system to utilize. It offers choices, in a way, but the rewards for sticking with one type of behavior are greater than mucking about in the moral grey areas of humanity where most of us live. And, in all actuality you wind up handicapping yourself if you bounce between “good” and “evil” decisions, never being able to unlock the most powerful abilities on either side, any of which are very helpful later in the game.

As an example of this binary yet strongly guided morality system, in InFamous (minor spoilers for this seven-year-old game), Cole is presented with the choice of either saving his girlfriend or saving a busload of innocent people. The “good” option is to save the busload. But, in real life, would a person really do this? Sure, he/she would have to live with knowing they let many people die, but in the moment, many people would opt to save their significant other. But, if you really want to unlock all those great blue-colored abilities, you need to let Cole’s girlfriend go.

Is this a choice? If you’ve been following this series, you know my answer would be a resounding “no.” This is a calculation, a decision: is it worth messing up my karma points for (insert action here)?

Some games step beyond this binary system of decision-making and offer the player more options with fewer clear guidelines. The Mass Effect and Dragon Age series do this well, with the players making moral and conversational choices that aren’t necessarily “good” or “bad” but can have a positive or negative effect on your relationship with the person you’re talking to and on the state of the world. Sometimes you can be harsh, other times benevolent, and the game doesn’t punish you for it; it simply adds your choices into the cacophony of information it uses to influence your world state. But, you are always able to learn that new skill and “level up,” regardless of your choices.

But how are these moral choices, if they aren’t clear-cut, good vs. evil ones?

Fantastic question. Moral choices can also refer to one action seeming right to one person while very wrong to another.

Do you save the Council? Let them die? Focus on Sovereign? The game doesn’t give you any hints, either: no olive branches, happy faces, or angry icons to guide us (I’m looking at you, Dragon Age II). Sure, with the benefit of hindsight we might be able to pick the one that gives us our preferred outcome, but the first time we played, we had to choose what we thought was best with no idea as to the potential outcome. Your choice might have been different from mine, but – in that moment – neither one of us was wrong. And the game didn’t punish us by withholding power-ups, because that wasn’t the consequence. The worldstate was the consequence: you knew you were making your bed, and then you were going to be forced to sleep in it.

For another example, in Dragon Age: Inquisition, the playable character must balance his/her own moral compass with those of the advisers, travel companions, and world state, trying to navigate through the quagmire of desires and needs each presents in a way that doesn’t screw up the world too much.

But, it’s “screw up the world” according to each player, not “screw up the world” as pre-determined by a set of game-reinforced “good” or “bad” outcomes, as with a game like InFamous. In these types of cases, there is no clear right or wrong answer. From a game design perspective, there’s no right or wrong. But from the player’s perspective, there is. One “wrong” decision, and you’ve messed up that relationship, or that worldstate, or that “thing” that you wanted to have happen.

So the player is left asking, “What do I think is the best thing to do here?”

…and then some games judge your choices before you have a chance to even realize you’re doing anything noteworthy. These types of choices really begin to mimic real life, and play into the idea of karma, that (broadly) every action you take has an effect on you.

How many of you were ready for this trial in ChronoTrigger? I certainly wasn’t. Even in this much earlier, much more “innocent” era of gaming, we had been conditioned that we, the player, could pretty much do what we wanted without much consequence. Sure, eat that lunch because it’s sort of funny and restores your health. Don’t return the cat because fetch-quests are annoying. Don’t wait for Marle at the shops because you have better things to do.

And watch as all your actions come back to haunt you during your trial.

While it’s true that Crono will be sentenced to death no matter what you do, the shock of being put on trial and your in-game actions having real consequences stuck with players. This was a game that noticed your morals, and commented on the kind of person you were being.

In this instance, choices you probably didn’t even really think about had an effect on the game and what the NPCs thought about your character. Welcome to the real world; everything you do counts. You’re not sure when or how, but you know it does.

And just like that, physical and virtual worlds have collided.

While choices like the ones presented in CronoTrigger and the Mass Effect and Dragon Age series are certainly more stressful than in settings with clear, binary morality choices, these kinds of games present a dynamic story using the game’s mechanics, which is integral in designing a game (whether or not you implement a choice-based system). While these kinds of grey-area moral choices are harder to design and implement, if a developer is striving for realistic “morality” or “choice-based” systems – which, in my opinion, constitutes a good role-playing game, especially in this console generation – they should endeavor to craft a system that exists in these murky, realistic grey areas of human choices.

What do you think? Do you prefer binary morality systems, or a more open and realistic system of morality and choices?