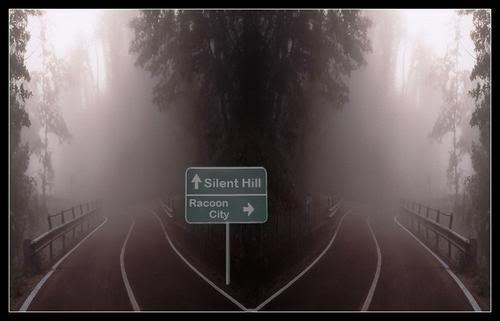 Happy Monday, and welcome to part two of this three part mini-series about choices in video games. Let’s jump right in!

People often throw the word “choice” around, especially when it comes to video games. They might say they want more “choices” or want fewer “choices.” But what’s interesting about choice is that it’s all around us. We discussed the different types of big choices in video games last week, so let’s break down what a “choice” is even further this week. And I want to send a very big thank you to Very Very Gaming and Lost to the Aether for their fantastic comments and insights last week!

What people often mean when they talk about choice is something called “agency,” which is the feeling that your ideas and actions have an impact on the world (nerd note: I’m referring to the philosophical usage of this word, not the familiar dictionary usage). In a game, this means that you think that the things you are doing are having an effect on the virtual world. It can also mean looking at what you did and thinking, “If only I’d done this or that differently…”

In this post, I’m going to discuss two separate but equally important components of agency. First is the illusion of choice, which is when a player feels they are impacting the story but really aren’t, and second is when the player has actually changed something in the game in a meaningful way (that is, you actually change how the game plays out).

Sometimes games are designed to let you divert a little from the main story line, but then the story will converge with the intended line again at a later point. This is done usually for monetary reasons, since it would be prohibitively expensive to design two or three completely separate paths based on choices players could make. But that doesn’t have to mean the game is going to be a poor experience for the player.

The illusion of choice can pertain to small or large details in a game, but I’m going to stick with small for the moment. In Mass Effect, Commander Shepard has the option of being a “paragon” or “renegade,” which affects the character’s appearance and their interactions with the crew. Or does it?

If you listen to the dialogue for both options, the NPC responses are fairly similar. In fact, some of the comments are so cleverly written that they could be appropriate for interacting with either a paragon or renegade Shepard. This is the illusion of choice; it seems like you are affecting the game and crafting your comrade’s responses to you, but in reality the game is designed to give you enough information for your mind to fill in the details it expects (i.e., that the person’s responses are unique). After all, unless you play the game a few times, you might not notice these similarities.

Another illusion can be in regard to a physical path you take. For example, it seems like a really good idea to run toward light posts in horror games, doesn’t it? They’re usually safe places to be. And how convenient that these lights are around the area where you are supposed to go. But the next light is too far away, right next to a huge lake. The designers could have put an invisible wall there, but instead, you look at the lake and think, “Hm, I can’t go that way, and I just came from this way…” And your eyes fall on the only path left. Seems like you just decided which way to go, doesn’t it? But you didn’t. You were led there, very craftily.

But agency can be built right into the mechanics of the game, too. In Middle Earth: Shadow of Mordor, the Nemesis Engine makes every tactical decision you make matter. The NPCs learn from your behavior – to an extent – and at least comment on it, if not exactly respond to it. But the game responds. If Talion (the PC character) dies, the enemies level up. I created a few real demons this way until I got the hang of it, and my poor Talion paid for it.

In this example, the player’s actions really matter. The player might be left thinking, “If only I had…” or “Next time I’ll…”. The player is given a myriad of choices in how you approach and play the game. Do you poison the enemy’s grog? Lie in wait in a bush and pick off the weaker ones one by one? Set off an explosion? Run head-first into battle and hope for the best? (Tip: don’t do that). But your tactical choices really do matter.

But not in the long run. The game still more or less plays out the same way, whether it takes you 200 tries to kill the warchiefs or two tries. This is a game that has balanced choice (agency) and control of the game’s scope.

A little further down this line of examples might be, again, the Mass Effect series, in which your choices follow you from game to game. Ashley or Kaiden? Geth or quarians (or both)? You experience consequences for these actions, and the game gives little nods to your choices down the line, just to make you feel like your choices mattered… so maybe you don’t notice that the choices really didn’t impact much of anything. (Yes, yes, “What about the ending?” I know. But the ending will be discussed at a later time since I haven’t played the extended cut edition thing yet). The point is, the paths diverged to accommodate the player’s choice(s), and then reconverged with the main storyline.

I can’t talk about agency without at least mentioning The Witcher 2. In that game, the player is given a choice, fairly early on, and the storyline splits. In this case, however, the paths never meet up again. In this example, you will play two very different games, with different missions and loyalties. Similarly, Dragon Age: Inquisition presents a similar choice fairly early in the game: do you side with the rebel mages or the templar? Siding with one or the other will permanently affect the game, as once you choose, you are “locked out” of quests relating to the other group. This decision can influence who will next become Divine (the Chantry’s pope), how different people react to you, and how you can complete different missions. This choice profoundly affects the Dragon Age world, like you actions in The Witcher 2 affect the Northern Kingdoms.

…and that’s not to even begin mentioning mechanics like permadeath, which are poignant and powerful in their scope and scale when used appropriately in games. Yes, that character is gone forever, even in immediate sequels to the games. So be careful with your NPCs! the g

Oftentimes, when we as players say we want more choices, or fewer choices, or warnings for choices, it’s possible that the game hasn’t done its job very well in showing us the rules of the game. We don’t want to know that the game is duping us. We don’t want to feel like we’re being strung along. We want to think that our choices matter. We want to think that we can impact our world – even the ones we interact with on the screen.

Let’s face it: our decisions can’t matter in a game that hasn’t been designed for us specifically, because we each will want something different from it. But then it’s on the game to be designed well enough that we still feel like we’re making a difference, that our choices matter, that we have agency.

It is not the game’s illusion itself that is the problem, though. The problem begins when we experience we are being duped. We want a little validation, as all humans do when we make choices.

I would pose that the best video games, in regards to choices, would have at least these three attributes:

Do you have any experiences with the illusion of choice, either implemented well or poorly?  Let me know your thoughts in the comments!