Non-playable characters (NPCs) add life and vibrancy to the games we play and the fantastic worlds we inhabit. But a good NPC is more than that; a good NPC is a character in their own right, and awakens in us the same cognitive and emotional reactions as if interacting with a person in the physical world. These para-social interactions mimic how our brains make sense of the social world around us, resulting in a rich, emotional experience with a real person who never really existed. We care for the characters as if they are real.

Para-social interactions are social interactions that create powerful attachments to fictional characters. This is used often in media, from how a person’s insecurities are described in a book to the close-up shots of people’s faces in movies. What these techniques do is call attention to the relatable aspects of the other person and mimic the ways our brains make sense of the world.

One of these ways is through the activation of something called mirror neurons (this won’t get too technical, I promise!). Basically, when we observe a person perform an action, our brain fires in a similar manner to the other person’s brain, even if we aren’t performing the action itself. Like this:

This includes physical actions and emotional responses. Yes, you read that right; mirror neurons are – at least partly – responsible for empathy. I’ve included some articles at the bottom if you’d like to read more on this.

Additionally, the more perspective we as readers/viewers/players/consumers are given into the characters’ lives, the more likely we are to experience empathetic responses, or at the very least some sort of emotional response or connection (positive or negative). So, when a character is designed well and mimics a person or emotions in a realistic way, our brains naturally begin to process this like a real social interaction.

By interacting with more people our brains perceive as “real,” we have the opportunity to explore more aspects of humanity and our responses to it/them, as well as expand our ability to be empathetic toward people we might not otherwise associate with. 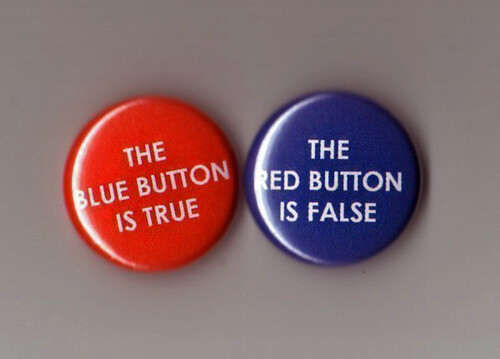 To solve this problem, we are given really two choices: we see the fictional character(s) as real because we are delusional (which we’re not) or because we are choosing to suspend reality to a certain degree when playing a video game/reading a book/watching a movie. This second option allows us to explore our emotions and interactions in a realistic way although we are still operating in a fictional setting.

Look to the Games

It would be amusing to submit every single fandom in existence as evidence, but I’ll resist. However, I’ve noticed that some people who romanced Liara in the Mass Effect series and are jealous of other video game players for romancing her within the game, too. I’ve heard people say they don’t trust Vivienne from Dragon Age: Inquisition. They feel bad for Solid Snake from the Metal Gear series. They – real people in real life – don’t trust Vivienne, a facsimile of a human who doesn’t actually exist. They are protective of Liara in the same way they might be of a girlfriend in real life. They feel bad for the man who wants to do good but keeps getting used and manipulated by people he once trusted. They are attaching real-life feelings and judgments to lines of code. But these lines of code are more than that. These are well-developed characters; they are, when the game is on, real.

“Do You Want to Know a Secret?”

I’ve recently finished Inquisition (yes, I was late to the party), and the characters are fresh in my mind. So let’s take one of the Dragon Age characters and dissect what makes that fictional character “real” or “relatable.” Maybe not “likeable,” like I’ve said, but if you are having an emotional reaction to a character because of who they are, you are reacting to their “realness.”

Love her or hate her, Leliana from Dragon Age is a unique character who provides an interesting flavor to the Dragon Age crew. She is one of the few characters you (as the Warden in Origins) can drastically impact the actions and personality of (sorry, Alistair), while maintaining a unique personality all her own.

Leliana is a very well-developed character; the fact that some people have such a strong dislike for her, not her inclusion in the game or her look or her skills, but her as a person, attests to that. But that’s not enough for us. She creates real emotions in us because she acts and reacts to her life the way real people do.

For the sake of space, I’m not going to summarize Leliana’s story, but suffice it to say that she has experienced many trials and hardships, including her life as a bard (a spy/assassin), a betrayal at the hands of a lover, and torture at the hands of her captors. She then escaped and hid from her former lover as a lay sister of the Chantry, desperately trying to carve out a new life for herself. She experiences plausible struggles for the world she lives is, and when we meet her she is in a state of flux when it comes to defining who she is, like all of us have been in at one time or another.

Her training as a bard serves her well with the Wardens, and she admits to enjoying feeling powerful – a very real feeling that real people have. She also struggles with liking this feeling; she wants to be someone who is at peace, and helpful, and serves others. She struggles between who she was, and who she wants to be.

And the Warden – her friend – can influence her conclusion as to who she is.

Leliana strikes me as an incredibly “real” characters because of this. Her responses to the Warden’s words are reminiscent of real-life friendships, where words and actions have an impact on the other person (or at least I like to think so). She’s been through some really awful things, but is trying to be better than who she was back then, and find her way in this new life she’s making. She’s making choices about herself and who she is, like we are all forced to do.

Some people were disappointed by her character development in Inquisition, but the place the developers brought her makes sense. After a decade of working as a spy/assassin for the Divine, possibly losing the love of her life or dear friend either to death or other Grey Warden business (as applicable), and then witnessing the death of her mentor and savior, Divine Justinia, Leliana is understandably a little angry, and a lot terrifying. She’s fallen back onto her bardic skills and has become ruthless. But again, like a real person, she is open to the influences of people she trusts, this time the Inquisitor. She again feels split between the two sides of herself. And again, she looks to the people around her to help.

Personally, I found myself missing the cheerful, optimistic bard I had gotten to know in Origins. I actually missed interacting with a string of code with a voice actress. Because she was so much more than that.

And that is why she is such a great example of a real character and realistic character development: we understand where she is coming from, judge her based on it, and proceed from there. Her interactions with us as players and her growth as a character mimic those of a real person.

She is looking for her purpose, and finds it with the help of her friends and the people she trusts. Just like a real person.

I realize that not everyone likes Leliana as much as I do, but regardless of your final judgment of her, you have learned her story, seen how she acts and reacts, and then you responded to that (“I hate her and never took her with me,” “I didn’t like her but needed a good archer,” “I loved her and she was always in my party,” etc.). Isn’t that exactly what we do with real people?

What do you think is most needed for a person to connect with a fictional character? What video game character have you experienced this with, if at all? Leave me a comment and let me know!

PS So I’m doing this thing where I’m also posting on nowloading.co, and this was posted there, first, as part of a project I’m working on over there. So if you happen to see this post somewhere else, that’s why!

Saint, M. (2010).Feeling for fictions: An analysis of our emotional engagement with fictional characters in response to Radford’s Paradox. Dissertation Abstracts International Section A, 71, 2082.

Young, A.F. (2014). “And we will live happily ever after, too”: The effects of romantic narratives and parasocial relationship status with fictional characters on relationship evaluations. Dissertation Abstracts International: Section B: The Sciences and Engineering, 76, 2-B. —I’m not 100% I did this citation correctly, but you should be able to find the article!