An owl flapped in through the window and dropped a manila envelope on my desk. It was stamped as being “Urgent,” and inside I found a dossier on a man named “Jack” who had styled himself dictator of the planet Pandora. He was plaguing the vault hunters there, and had a list of atrocious crimes attributed to him. The note enclosed asked me to send a report back on him as soon as possible.

Background: Handsome Jack is the villain of Borderlands and Borderlands 2, and is a bit of a hero in Borderlands: The Pre-Sequel, although his logic is somewhat questionable, even if his intentions are good.

He wants to civilize Pandora by removing all traces of bandits and other riffraff, and while his methods are extreme, his intentions are to serve the greater good and make the planet safe. His plan is foiled, and he winds up blinded in one eye and branded with a relic, punched into his face by a former friend. Additionally, players find out during the game, Jack had been abused by his grandmother as a child.

Explanation: This diagnosis was determined by a process of elimination. Jack demonstrates a variety of  symptoms that are seen in many different diagnoses. However, as Jack, prior to “becoming a villain,” appeared to be functioning without mental illness, it is possible he experienced a traumatic event (discussed below), and, couple with a history of early abuse (at the hands of his grandmother) spiraled into a deep depression that  manifested with severe anger, paranoia, and other somewhat psychotic symptoms. 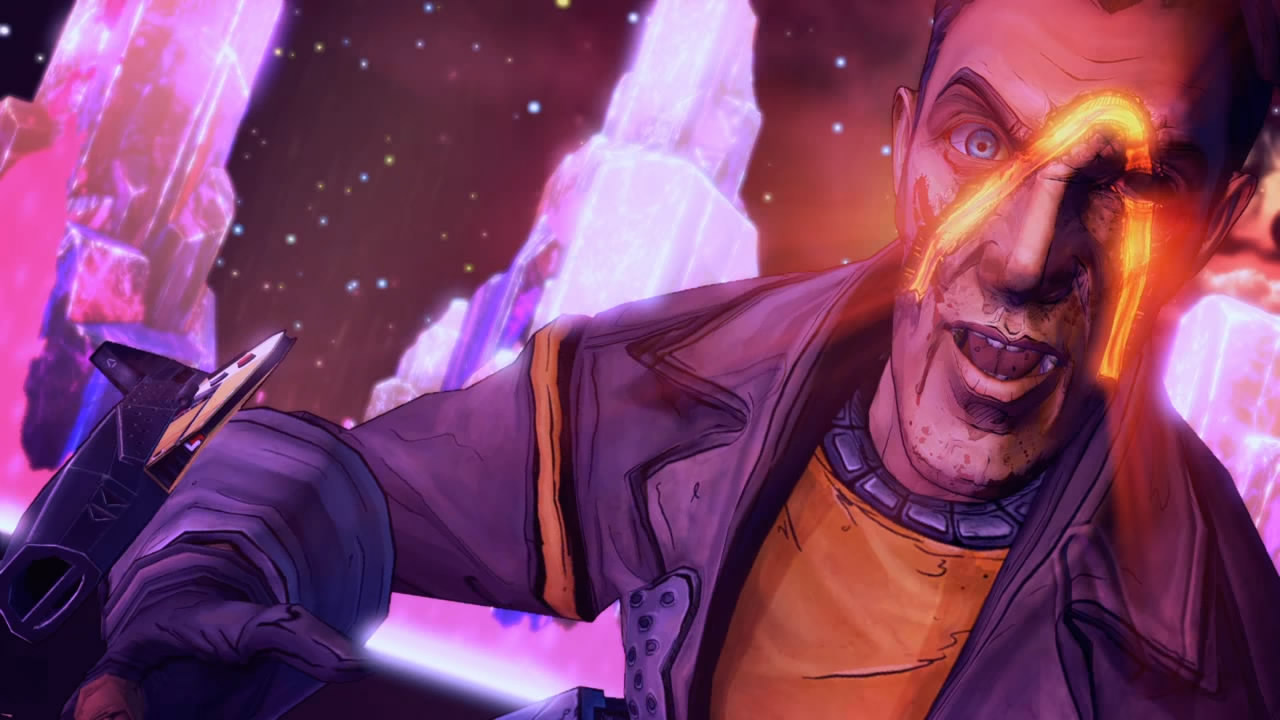 After the betrayal by his friends in the pre-sequel, poor Jack lost touch with his good humor – and reality – never to be the same again.

In the Game Theory video I referenced last time, MatPat asserts that Jack suffers from borderline personality disorder, which can, at times, result in violent tendencies (in some people), and Jack does manifest a few of the symptoms. However, one of the main impairments in BPD is in a person’s sense of themselves: they must either have unclear or unstable goals for themselves, or a poor sense of self/dissociation with the self under stress, and as far as I can tell, Jack doesn’t present with these symptoms.

His mask – in my opinion – would stem more from the fact that his face is disfigured, a la Phantom of the Opera‘s use of mask, moreso than having an overall low opinion of himself. Sometimes you need to separate someone’s personality (e.g., being conscious of how they look) with actual symptoms, which is a tricky game.

Jack appears to be severely paranoid, angry, and not above having bouts of impulsivity and violence. He purchased a diamond-encrusted unicorn, named it ButtStallion, imprisons his own daughter, and is not above strangling people for simply mentioning his (deceased) wife.

However, during the events of the pre-sequel, we see a much different Jack. One who is trying to save people. But after his team betrayed him, and he subsequently found himself kneeling before one of his old friends before she smashed a relic into his face and enabled him to see the future. 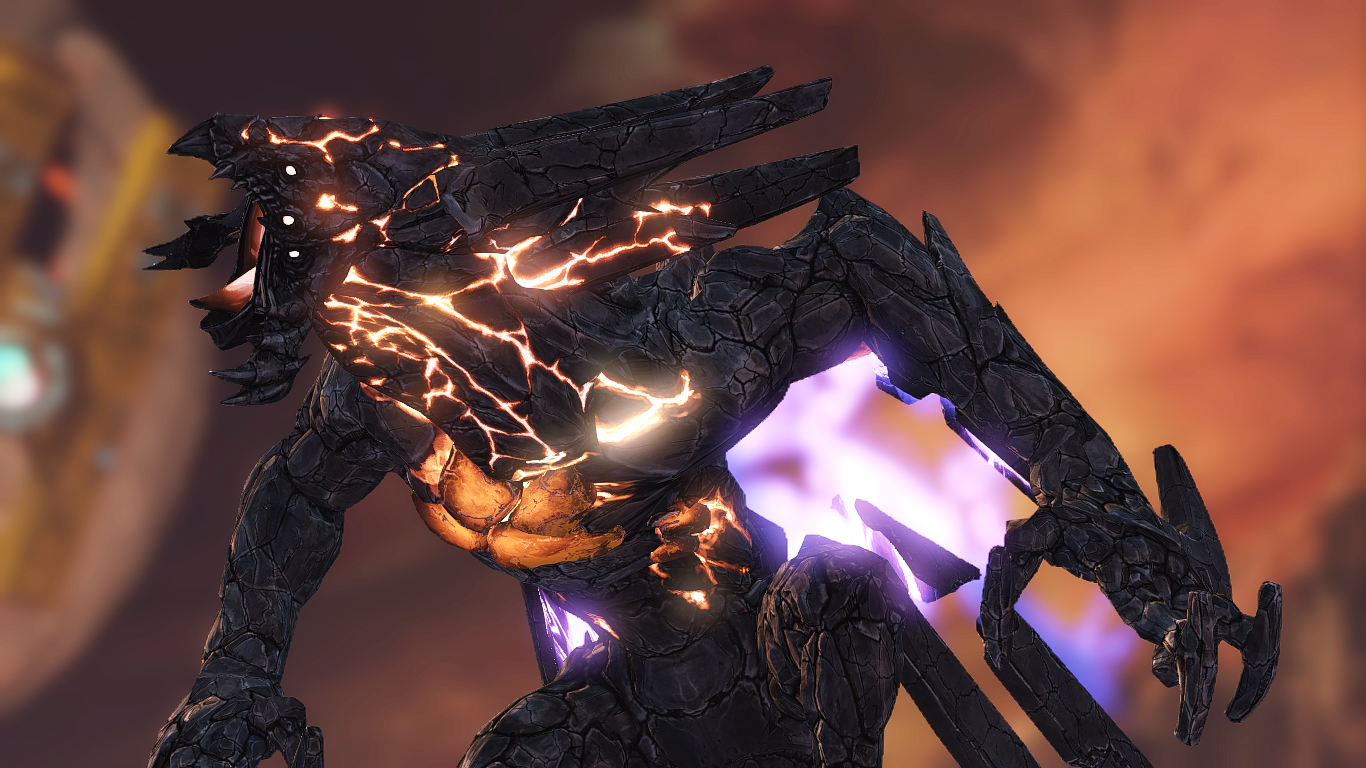 He saw the future. Which means he saw that he was going to die before Pandora was “saved.” But instead of sitting back and accepting his fate, he instead – recklessly – tried to “save” Pandora in any way possible, lashing out in his anger and betrayal and, ultimately, depression and anger and what he knew was an inevitable fate for him.

This doesn’t excuse Jack for his actions, of course. Prior to being punched with a relic, he seemed okay with wiping out groups of people for “the greater good,” which is more of a philosophic discussion as to whether that constitutes a mental disorder or a strict adherence to one interpretation of utilitarian philosophies, and that is a rabbit hole I’m not going down. Today.

Just the (Real) Facts: Depression is not usually the go-to diagnosis for psychotic mass murderers, and certainly most people with depression don’t harm anyone. The ones who do harm usually self-sabotage in some way, either mentally or physically.

However, depression can manifest as extreme irritability or even anger, particularly when the severity of depression is high, and can also manifest with impulse control problems and even symptoms of antisocial personality disorder (what we used to call sociopaths). In a case like Jack’s his depression and hopelessness exploded out of him as he desperately tried to accomplish what he wanted to do, but with the added weight of knowing he was fighting against fate the whole time.

This is of course not to say that depression causes people to become violent. In most cases, depression manifests as a loss of energy, lowered interest in activities that were once enjoyable, feelings of self-loathing, and a host of other symptoms that most people have heard about before. People with what is colloquially called “walking depression” or “high functioning” depression may have these symptoms but not outwardly show them; that is, they still get up in the morning, go to work, pay their bills, and otherwise are functioning adults, except they are still experiencing the typical symptoms of depression.

It is normal for people to feel sad, irritable, tired, or even upset with themselves, but it’s when these symptoms start to impinge on your ability to perform activities or daily living or otherwise disrupt your life to a harmful or uncomfortable level that these feelings become an illness.

What do you think? Have I changed your view of poor Handsome Jack? Is he more psychotic and less depressed than my assessment believes? Let me know in the comments!

**As we all know, folks diagnosed with depression are at a higher risk for self-harming or suicidal thoughts. If you or someone you know has these types of thoughts, please contact the following resources: