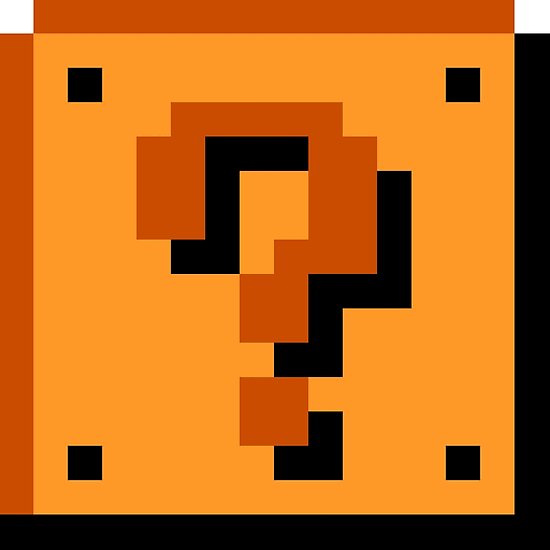 For those of you who may not know, Later Levels hosts a Question of the Month series that entails one blogger submitting a question each month for other bloggers to answer. These are questions that have plagued us ever since we first asked, “Why did Frogger cross the road?”

This month, Teri Mae from Sheikah Plate has provided us with a quandary. An avid Zelda fan and, as the blog name implies, a fantastic cook slowly working her way through Link’s recipes in Breath of the Wild, Teri Mae has posed the following:

If you could only play one game for the rest of your life, what would it be and why? This doesn’t include series – you can’t choose ‘Zelda games’, you must choose Ocarina of Time for example. This question assumes that the developer will continue to update the game if it has bugs that need fixing. It also assumes that, if the game has previously been released with DLC, there will continue to be new DLC for the game forever. If there is an online multiplayer mode it also assumes that there will also be a full lobby for you to play in. So what would you choose?

Who am I kidding? This is something I’ve mused about before, but this has a twist to it.

What caught me here is that the game cannot just be a series, but the game will have new DLC released for the game into perpetuity. Doesn’t that make it, in a way, a series? And wouldn’t that game have an unfair advantage over a game that has never been released with DLC but is still a great game? 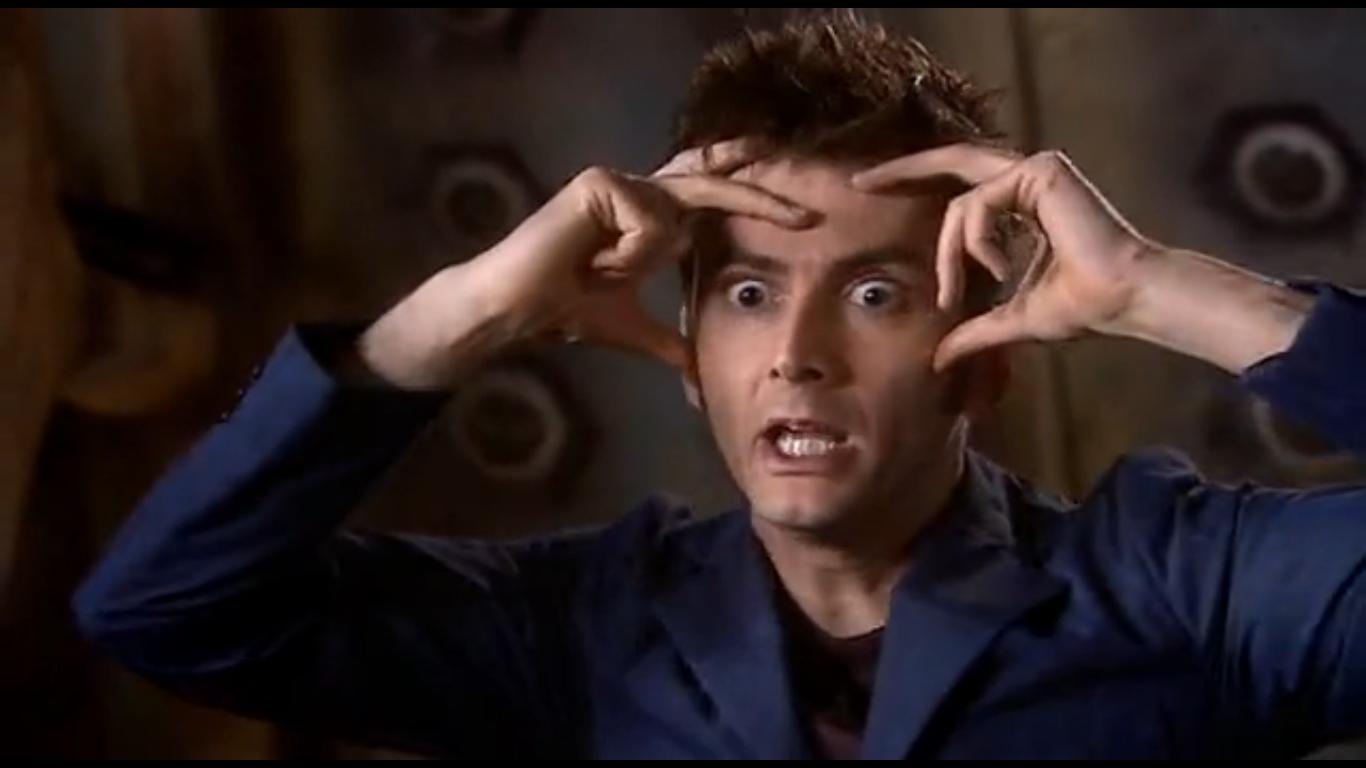 But I digress. Overthinking aside, this does pose an interesting question, and one that sent me to my game shelves to see what games I have already played multiple times, indicating their draw and replayability, at least for me. Let’s look at a few contenders:

The Legend of Zelda: Twilight Princess

This is the first one that jumped out at me. The reason I bought a Wii, Twilight Princess is one of my favorite Zelda titles. I loved the art style and the more overtly dark themes it had, and I loved the sassy Midna, even though at times her dialogue made her seem much more childish than I would believe a monarch would actually sound.

But what made me pause is the idea of DLC. Because as much as I love Ocarina of Time, playing the exact same game for the next 50 years would get pretty old, and I’d probably eventually stop gaming, especially if I knew I could have picked a game that would have provided new content periodically.

Another one of my favorites, Sons of Liberty is a game that I’ve played countless times on the Playstation 2 and recently(ish) started playing on Playstation 3 through the Metal Gear Legacy collection. It was interesting to see this newer version, because some of the cutscenes have changed, taking away, in my opinion, some of the shock of a “reveal” later in the game. But I digress. 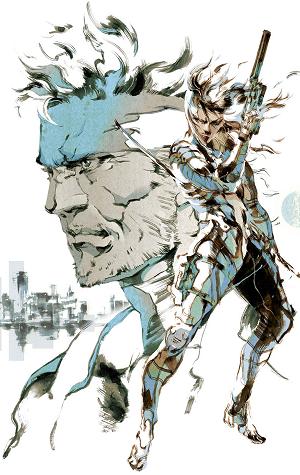 Surely a game that I’ve played countless times over many years would fill up the next 50 years of my life, especially taking into account the VR missions that I tend to eschew. This seems like a step further than Twilight Princess got, but then I thought, Should I choose a game because I could “fill my time” with the content, not because the actual game content would keep my attention for five decades? Ultimately I think this game would fall into the same trap as Twilight Princess, and I would eventually give up gaming because I had experienced all there was to experience in the story.

For those of you who might be new around here, I really like Mass Effect games. Like, a whole lot. Like, so much I’m just going to link to you the page with all the Mass Effect stuff because there are too many articles for me to link you because I love Mass Effect so much.

Surely, this would be a game I could play forever. But wait, I hear you type. You selected Mass Effect, Mass Effect 2 and Mass Effect 3, and that is against the rules!

You’re right. I did. I see the original trilogy as one continuous story, and therefore choosing one would be like choosing a favorite chapter of a book to read over and over again.

No, stop making comparisons to the Lord of the Rings trilogy. My logic totally makes sense.

But in all seriousness, I’m not sure which of these I’d want to play forever, even though each of the three games technically has DLC for it, putting them all firmly in the category of games that would have new content and therefore would not result in me quitting gaming.

Potentially, DLC for any of these games would continue Shepard’s adventures and possibly even address the main overarching plot, which I guess would make any of the games stand on their own. Potentially, DLC for the original Mass Effect could include the plot from Mass Effect 2 and 3, and also introduce the great characters we meet along the way like Thane and Samantha Traynor and Mordin and all the rest of them. Potentially, I could wind up playing the entire trilogy in small, DLC-based installments, making the story complete. 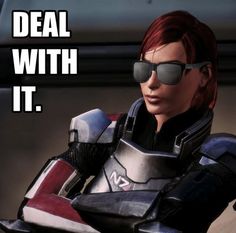 But while thinking about this I realized that whatever game I picked would not exist in a vacuum. That is to say, the other two games of the trilogy would still exist and I just wouldn’t have access to them, so that means that I would, again, only be able to play one small part of a story, one that never has a conclusion or one that begins halfway through without a beginning.

This might seem like a very nitpick detail, but this is a game I’ll be playing for the next 50 years! These are details that must be taken into account.

One Game to Rule Them All

Alright, alright. You all knew it was coming.

Yeah, yeah, I know. I tried really, really hard to find another game I’d be okay with playing forever. I really did.

But what sold Dragon Age: Origins for me over other games and even other Dragon Age games are that is can be a standalone story (that is, it isn’t such an obvious beginning or middle to a story/trilogy like Mass Effect or Mass Effect 2), has a ton to do and discover in the main game itself, and when it comes to DLC I wouldn’t simply be hoping for “the rest of the story” to magically be given to me in small installments, but would rather be okay with simply playing more story within the context of that one game.

As an added bonus, when I think of the DLC that is available for DAO, I know I wouldn’t be disappointed. After all, Dragon Age: Awakenings is practically an entire game by itself, and the others provide interesting backstories, side stories, and small diverging continuations that just enrich the world of Thedas and give the player more time with their Grey Warden.

Oh, you want to hear more about why I love Dragon Age: Origins, even though it’s a shorter game than, say Dragon Age: Inquisition? Well, the characters are also a big draw for me. Having already spent a number of playthroughs with them, they really did begin to feel like friends, and who can say no to spending time with friends? I think there is a lot of Grey Warden lore that could be explored, like with the Wardens in Weisshaupt (the leaders), or with a potential for curing the Taint that Wardens carry and that is a curse that goes with being a Warden. 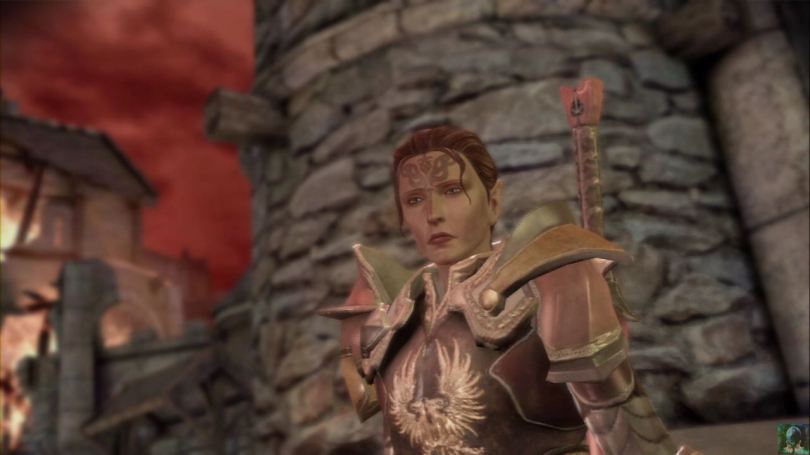 There is also a lot to learn about the magisters that invaded the Golden City and became the first darkspawn, or who awakened the archdemons to begin with. And maybe, with continuing DLC, we’ll finally see the ramifications of everything that went down in Awakenings.

The more I talk about this, the more it makes me with there was a way for more DLC for Dragon Age: Origins to be a real possibility, even without this hypothetical scenario of it being the only game I can ever play again, ever.

And at the end of the day, the fact that I feel excited about replaying this game over and over, as well as at the idea of having perpetual content provided for it, is what points me to the somewhat predictable conclusion that Dragon Age: Origins would be my go-to game for this last-game-ever scenario.

It’s also what is spurring me for Dragon Age Month 2019. Wait, what?

Thanks to Teri Mae from Sheikah Plate for such a great question! What would be a game you could play forever, with or without perpetual DLC? Would the inclusion of DLC be an important consideration for you, or not really? What is it about the game that makes you choose it over every other game for this lifetime game journey? Let me know in the comments!