Horror isn’t really my thing. I have a wildly overactive imagination, my mind is already a pretty terrifying place, and so adding creepy things into that mix never ever ever ends well.

But I was strong-armed by Falcon509 to play the demo for Prey, so here we are. (I’m just kidding about the strong-arming part. It was a friendly recommendation.)

I think the most telling detail of how well this game is put together is that I played it for two whole hours before I started feeling first-person nauseous. But let’s look at what it does so right.

Like any good horror story, Prey starts off mundanely enough. The alarm beeps, the character wanders around the apartment, checks some email, and  gets ready to go to work like a responsible adult.

After the credit-filled helicopter ride to the office (which features Bethesda’s name on one of the buildings!), I was led into a room for some boring tests of my reflexes and my ability to hide behind an object that wouldn’t have fooled a baby. But kudos to the devs for working in the trolley dilemma!!

Although a full analysis of what makes good horror is a discussion for another day, one of the elements that Prey utilizes so beautifully is how it tries to unnerve the player before hitting them with the full-on horror of the situation. Everything starts quietly enough with the playable character waking up in a nice apartment and having a nice job with a nice family that seems to think she (or he) is the responsible one.

But then our prestigious job is being a test subject, the scientists aren’t pleased when Morgan – the main character – performs the tests well. And this one scientist is annoyingly concerned with his coffee.

The game is full of moments crafted so the player has nowhere else to look. Even the first “reveal” of the games creepy-crawlies comes at a time when the player had been asked to focus on something else, and then that task came to a halt while people talked. It was natural for the player to look around, maybe in boredom, before…

You thought I was going to spoil it, didn’t you? 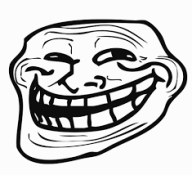 There are some more mild spoilers here, so skip to Conclusions if you’d prefer to not read them!

So this is going to be more of a scrapbook experience… I’m trying something new.

This entailed a lot of flailing around as I got used to doing things in first-person again, so there are unfortunately no pictures. And I not only discovered I can jump on counter-tops and throw every piece of furniture I own, but that I spare no expense on my living arrangements.

But playtime was over and I had to go to work.

And talk to this guy…

Before going for testing…

We’re tested: jumping, running, hiding behind chairs… Ooo a moral dilemma? I’d love to answer this question!! Why are you talking about your coffee cu- OMG RUN RUN RUN WHY IS THERE POISON IN THE ROOM. I’m dead.

…And… back where I started? Follow me through my stream of consciousness…

A few small details are worth noting:

Like I said, horror isn’t my genre, but this is a well-done game that made me forget I was playing in first-person perspective for two whole hours. There’s not much higher praise I can give. If something is so engrossing that I forget to be nauseous, and so engrossing that when my friend texts me I jump a foot in the air, then it’s doing many, many things right!! It left me with questions about what happened. What are the mimics and why are they here? We’re in space; are they aliens that have invaded the facility? Why did the main character leave a message for his/her future self to see? Did he/she not trust the his/her employees to do the “right thing”?

With all the great horror elements that Prey brings to the table, I have no hesitation recommending the game based on the free demo I played.

…but maybe bring your teddy bear with you. After checking to make sure it’s not a mimic.

Did you play Prey? What did you think? Is it a good example of horror? Let me know in the comments!

PS Yes, I know this game is classified as “action-adventure.” But a horror game can be psychological; it isn’t limited to blood and guts. With that in mind, Prey is more horror than not.