Out of all of the Metacognition posts, this is the one I had the hardest time with. Any game I’ve finished I’ve generally enjoyed, but for any game I haven’t finished, I think that judging it harshly just doesn’t seem fair.

I’ve talked about Remember Me, which I loved and was frustrated with at the same time, but I would recommend that game to another person. Two Worlds II I did not like, nor would I recommend it, even though I know it has its own following, and War in the North (in the same article) was just not for me. I usually stop playing games if I feel sort of “meh” about them. 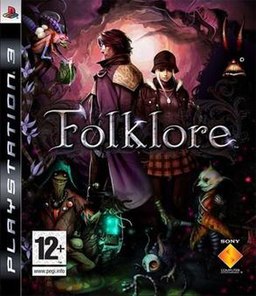 It’s really not fair, because it has such an interesting concept, and I enjoyed the idea of not only being in a fairy-story, like stepping into a book, but having the various creatures come to your aid/be swung at the bad guys was a lore-heavy and tactical touch that I appreciated. I don’t hate it, really. I just… meh. It was cool, but nothing has pulled me back to it. I wouldn’t say I actively dislike it, but I wouldn’t say that I actively like it, either. It’s taken up space on my shelf for years, and out of all the games that I haven’t yet played, this one has the least amount of guilt, but also gets a little smile, like “Hey, yeah. That was a neat game, sort of.”

Honestly, there’s not much else I can say about that.

What about you? Do you have a game that you like enough to not dislike, but don’t actually like? Or do you usually have some sort of reaction to games, either positive or negative? Let me know in the comments!

Like and subscribe so you never miss an article, and, hey, we run on comments and coffee, so leave a comment below and keep us caffeinated, too!