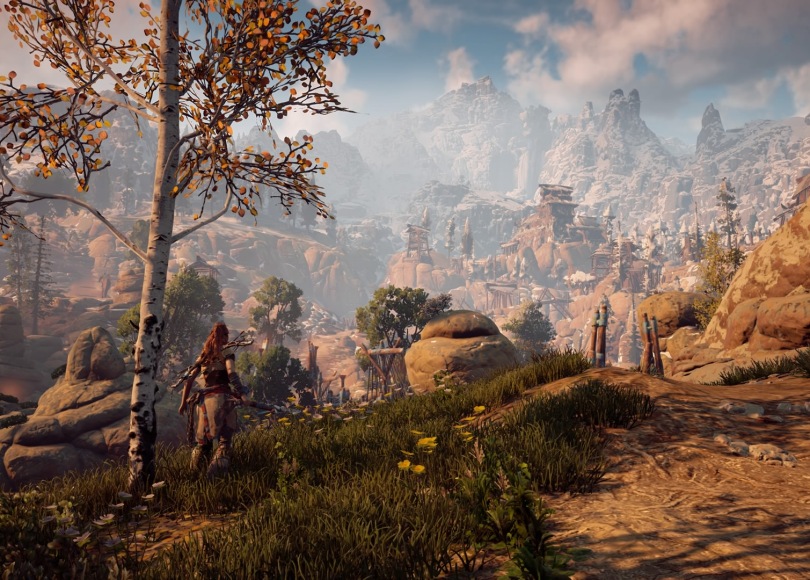 Being an adult can be time-consuming.

Yes, yes, obvious statement is obvious. But just because our days are filled with work and family and other responsibilities, it doesn’t mean that our other needs have disappeared. But a desire for discovery seems to be one that has existed in humans for as long as there have been humans. The exhilaration of finding something new, especially when unexpected, brings with it a wonderful thrill that is rarely found with other activities.

Video games provide countless worlds for people to explore and discover for themselves. Whether it is the unexpected situations found in Kingdom Come: Deliverance or making connections to thoughts on reality or real-world religions, or even just partaking in the joy of experiencing a new story, video games can open doors into new worlds just waiting for us to enter and explore, and to discover all their secrets. 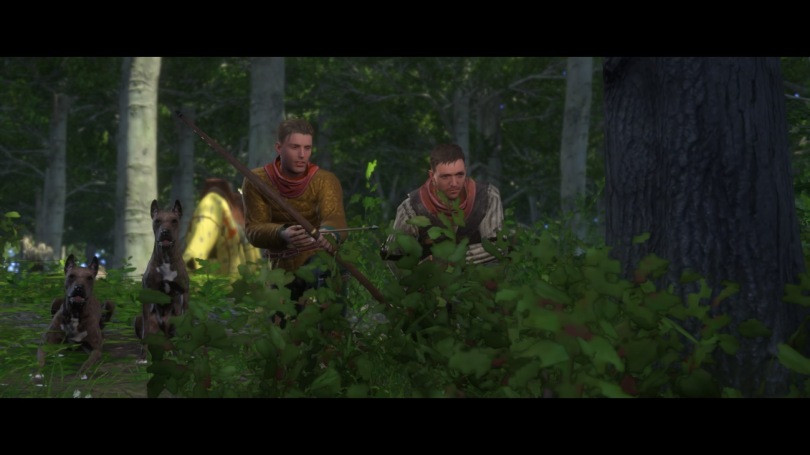 Shelby over at Falcon Game Reviews recently undertook a miniseries about finding fun in video games again, and it got me thinking about the reason I love RPGs so much. I recently played through Baldur’s Gate, and I found myself doing something I hadn’t done in a while in an RPG: wandering around just to explore and see what was being the curtain of fog on the map that gave way to the adventurer’s footsteps.

I’m reminded briefly of the tagline for the children’s magazine “Highlights,” which was “Fun With a Purpose.” For parents, it was an assurance that their children would be reading a magazine that was both engaging and educational. For children, it seemed like a strange tagline, and one that the magazine itself made fun of once by asking readers to send in punny re-imaginings of the tagline, of which one was “Fun with a Porpoise.” 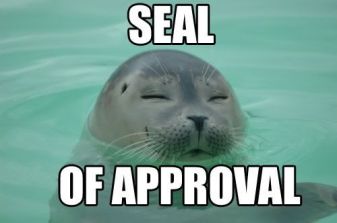 But I digress. This idea of Fun With a Purpose seems to take over the minds of people involved in the game industry, and, like so much else, this is not necessarily a bad thing when taken in small doses. And, to pull from my recent experience as a teaching assistant at a large university, it seems the minds of young people can also be seduced by this idea of everything they do needing to have a purpose.

It’s an easy mindset to get into. Everything needs a goal to have real purpose. But, as some of you have pointed out, sometimes not having a goal can be ever better.

Adventuring for adventure’s sake isn’t something I often talk about, as it often seems like it precludes the systematic approach I have for many things in my life. But there is something to be said about doing something simply for the joy of doing it.

And that’s what happened when wandering the world of Baldur’s Gate. Where I usually look at current open-world games as tending to be sprawling, and I have started to not explore as much as I usually would because of it, this was not the case for Baldur’s Gate. I wanted to keep searching, because chances were I’d find something really neat if I just unlocked one more small bit of map… 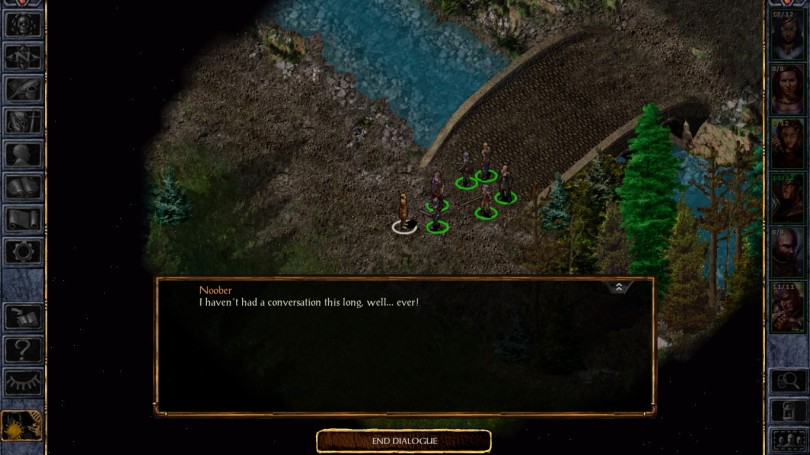 It was fun. It felt good. I wanted to wander and get lost in the world, because something really cool was most likely going to be there. I met some monsters that were the precursor’s to the thresher maws from the Mass Effect series, and also learned that I had a quota for how many I could kill. I met a man named Noober who followed me around, and a gentleman who talked about those nights at Neverwinter. I found caves to explore and people to talk to. Like Skyrim before it, this was a world that was alive and breathing. It was a world that allowed the player to truly live within it.

You may have noticed that I’ve been sort of quiet about my The Witcher III playthrough (which will be addressed in a later post), but of the part that I’ve played, even that game doesn’t quite capture the same “adventure for adventure’s sake” that Baldur’s Gate did. And before you say it’s because I’m blinded by love of BioWare, I ask you to pause and bear with me for a moment.

Let’s face it, the map for Baldur’s Gate is huge, but it is huge for a game of its time. You can’t get lost. You don’t have to spend minutes wandering through countryside to get to an objective, regardless of whether the time is spent on world-building or not. It gives the sense of adventure without the time-burden of modern open worlds. Sure, it took time for Christopher Columbus to sail across the Atlantic Ocean, but if I may be real for a moment, I am looking for entertainment or distractions from my real-life adventure; the game world is not my “real” adventure in the same way Columbus’s journey was his “real” adventure. 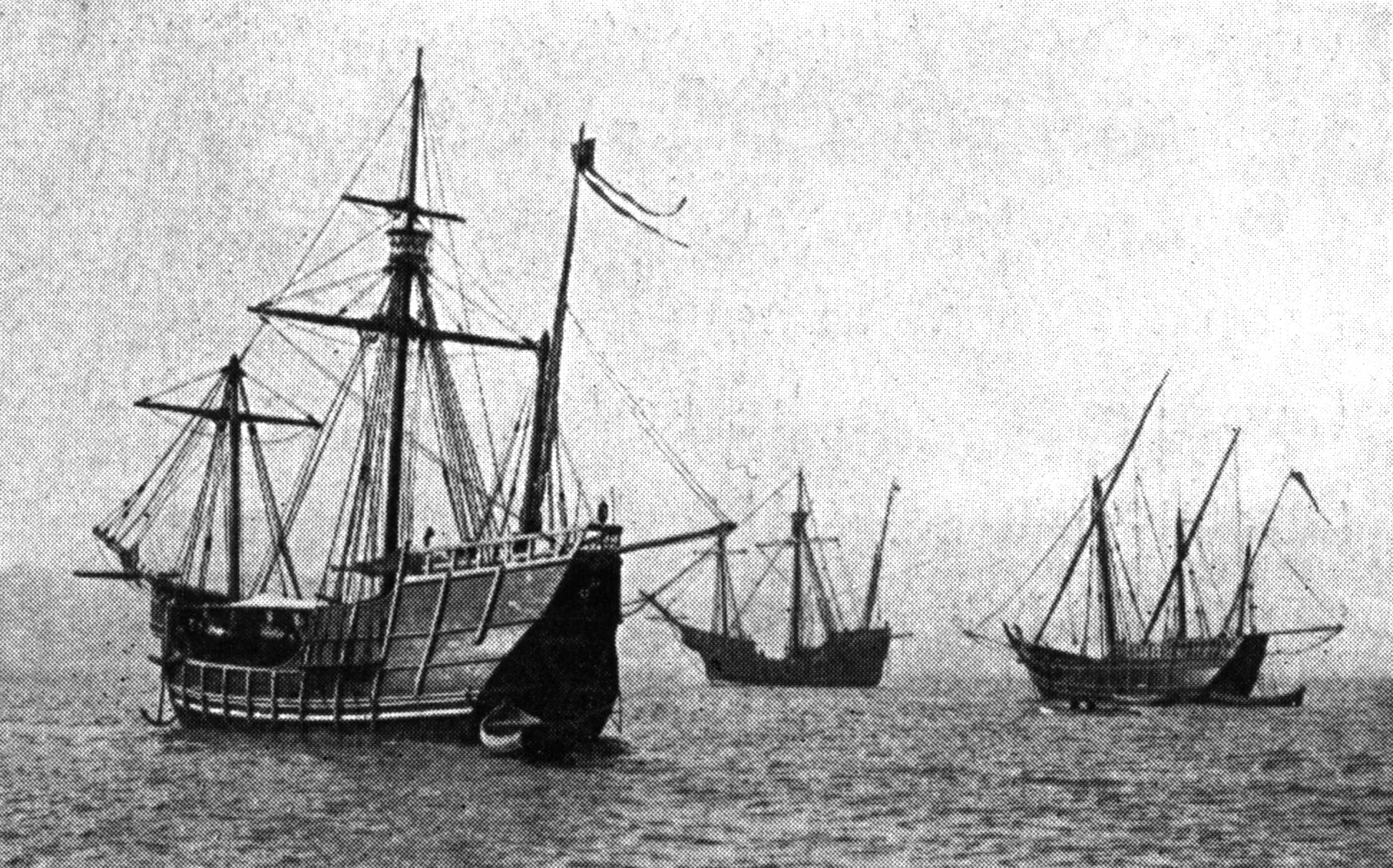 But don’t worry, just because Baldur’s Gate made me fall in love with adventuring again, doesn’t mean the over-thinking is going to stop. It just means that I will enjoy the journey just a bit more.

Have you ever had a game that you loved to explore just for the sake of exploring it, without any objective or side-quest in mind? Do you think older RPGs lend themselves to that type of gameplay more than modern games? Or do you just sit back with a happy sigh and enjoy your games because, gee whiz, they’re games for crying out loud? Let me know in the comments!