Thanks for joining me in celebration, because today is AmbiGaming Corner’s second anniversary!

That’s right, AGC fans! Two years ago today I launched this site, originally called just AmbiGaming, with something to say about stories and choices in games, and decided I’d start a whole blog based around that and figure out the rest as it came up.

Maybe not the best plan, but what a wild ride!

I don’t hold much by stats and figures, but folks like numbers (so I’m told), and I am very grateful for the more than 8,000 viewers and 21,000 views I’ve gotten since last August!

Since we are finishing our second year, here are some notable things that go along with the number two.

Top Two Articles With Over 200 Views

What I’ve learned here is that I should fangirl about BioWare games more. I think that’s a reasonable conclusion, right?

But that feels like cheating. So, excluding The IT, we have:

Turns out you guys like to search for specific things sometimes. The two that stick in my memory are:

Of course, AmbiGaming wouldn’t be the great place it is without all of the wonderful people who stop by and read, like, and comment. So, to honor the folks who stop by to chat and keep me on my toes the most, here are the four top commenters from the past year.

In Fourth Place.. The Shameful Narcissist continues to be such a wonderful support (she’s also one of our Patrons), and I know when I see that she’s commented, there is going to a thoughtful conversation that follows. And she’s so friendly, even designing her own blogger award!

In Third Place… My friend Aether from LostToTheAether. I sometimes feel like I repeat myself, but this guy has stuck around since the beginning and has stuck around, for which I’m very glad. If there is one person who challenges me the most on things (which I appreciate), it’s this guy. Smart and nice, he’s always ready with something interesting to talk about or a kind word if you need it.

In Second Place… Someone else who keeps me on my toes, Fern doesn’t have a WordPress blog but always has an interesting comment, no matter the topic (she’s also a Patrons). As smart as she is kind, she also has encyclopedic knowledge for every single game I’ve never played, which definitely drives me to be a better gamer. 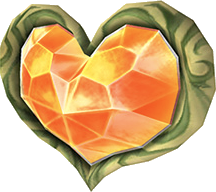 In First Place… None other than LightningEllen, who not only runs her own blog (linked above, and also a Patrons), but was also kind enough to grace AmbiGaming Corner with her writings, as well! She’s a good friend, and I can admit that we both conspired to bend a few rules for Adventure Rule‘s current Blogger Blitz competition… 😉 (Sorry for the headache, guys)

Of course, I have a few wonderful people who make a small monetary contribution each month to AmbiGaming, in order to keep the lights on, as it were. As patrons, they received a little more “behind the scenes” goodies, from access to extra notes that would otherwise be deleted forever, to chances to give input/vote on upcoming topics, and they have access to the once-monthly “Behind the Fangirl” posts where I, well, basically pick a character and analyze/talk about/fangirl over them (which are surprisingly pretty popular).

At any rate, thank you to the following people. You quite literally help me keep the AmbiGaming Corner domain name up and running!

If you haven’t already, check out these fine folks, as well:

I admit, I looked at my goals from last year and became a little sad. Other than launching Year of the RPG, I didn’t reach any of them… I did even address some of them. But instead of sitting here and berating myself on what I might have done wrong, I’ve instead learned a little and decided to adjust my goals for the coming year:

I don’t know about you, but it looks like it’s going to be a good year!